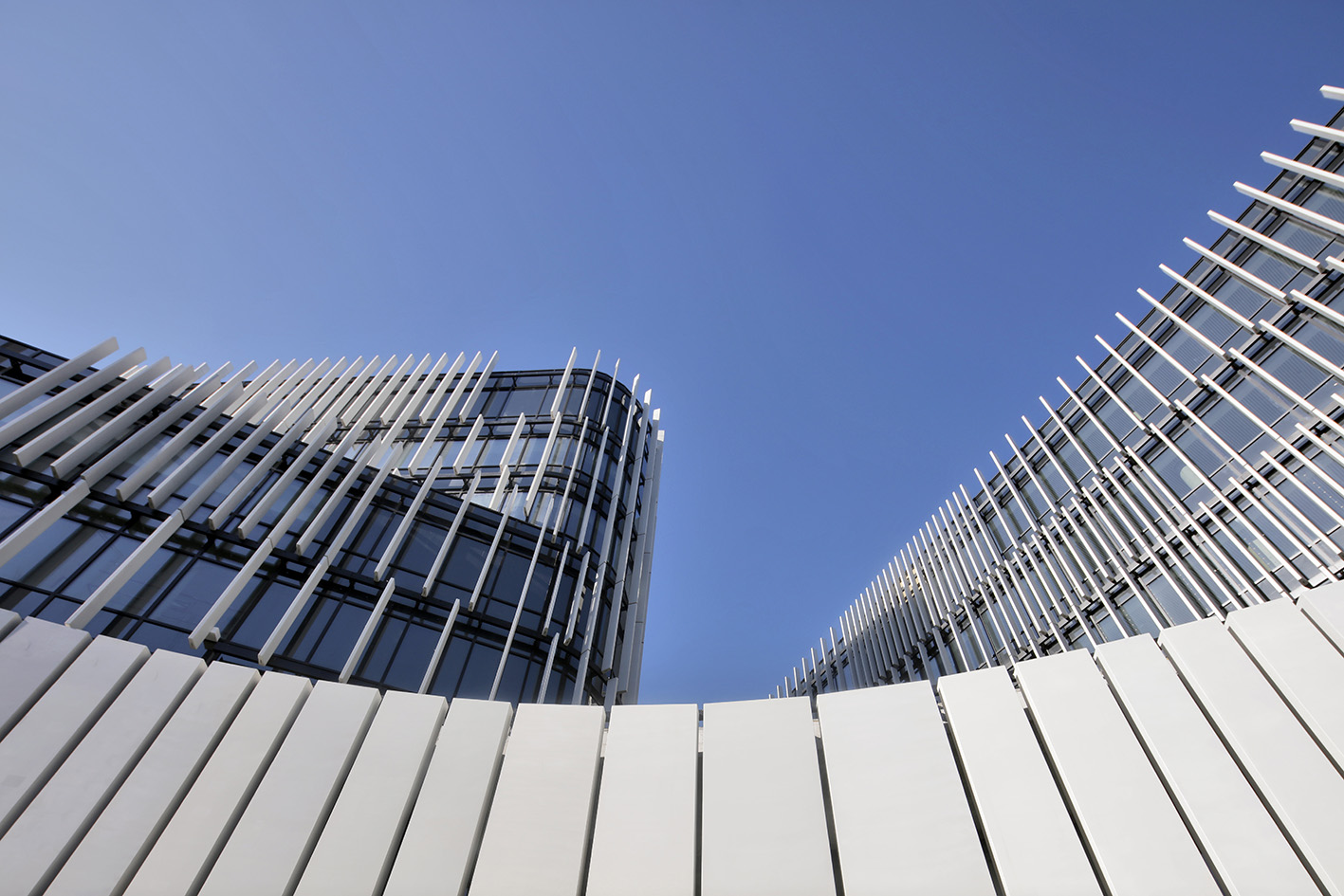 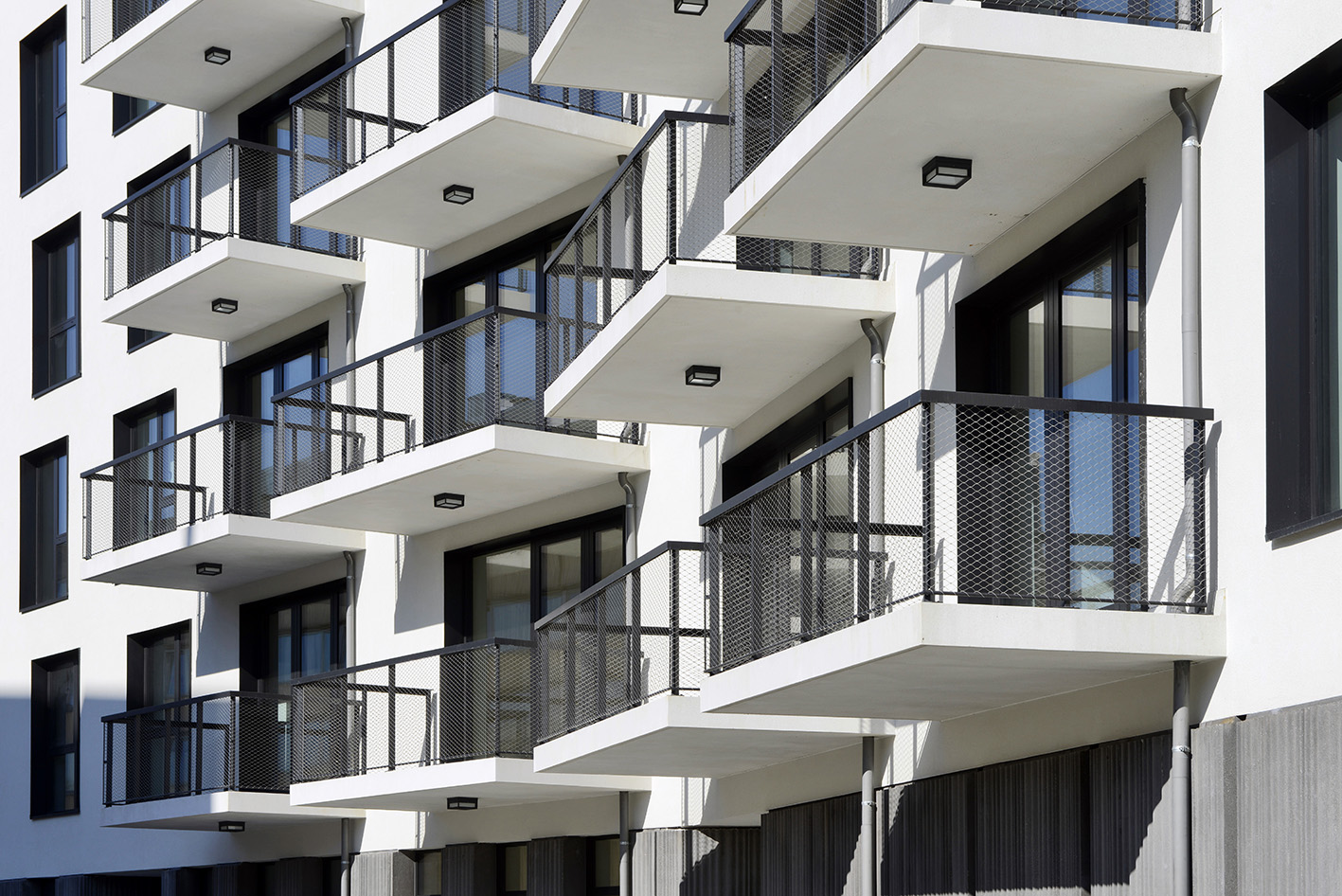 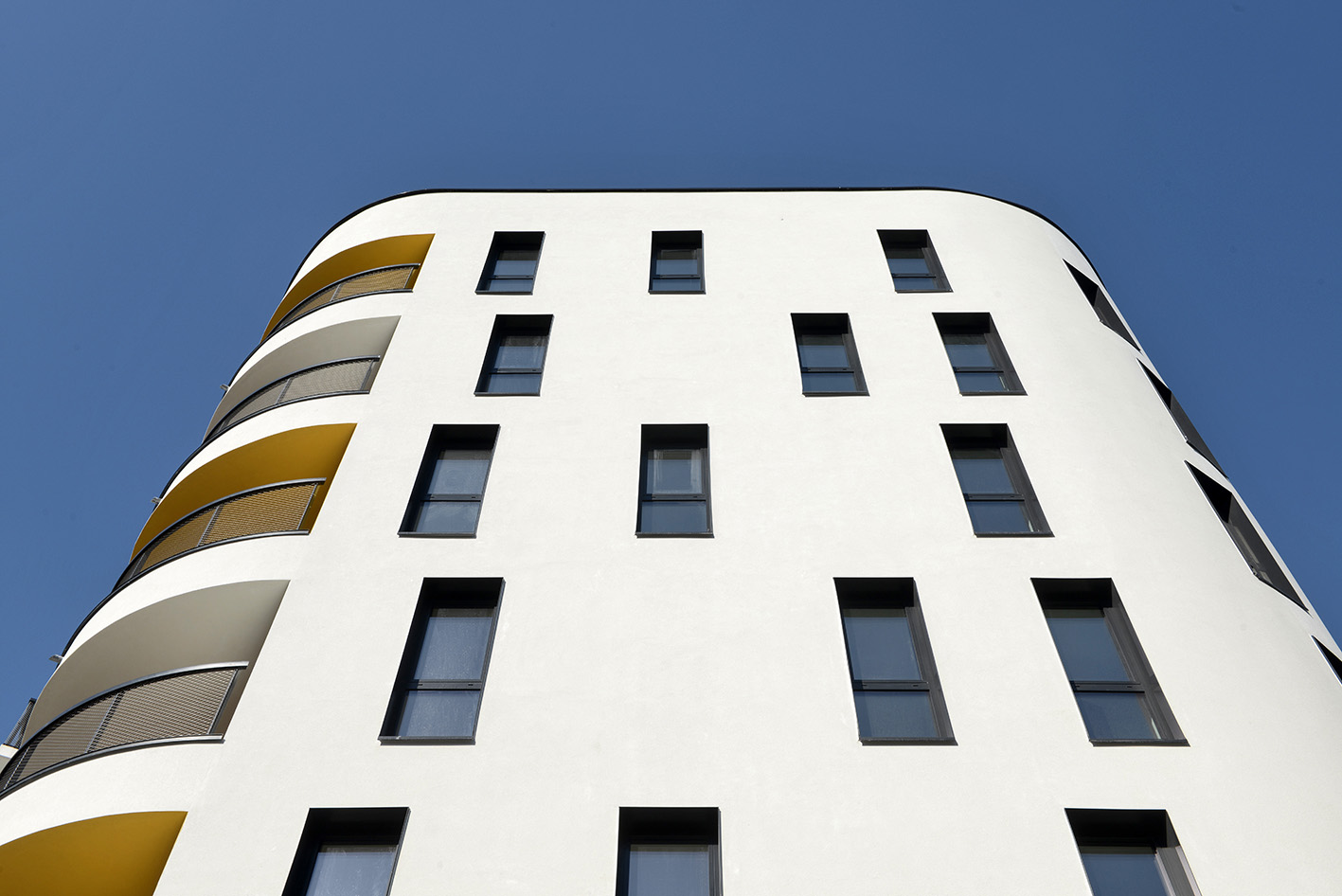 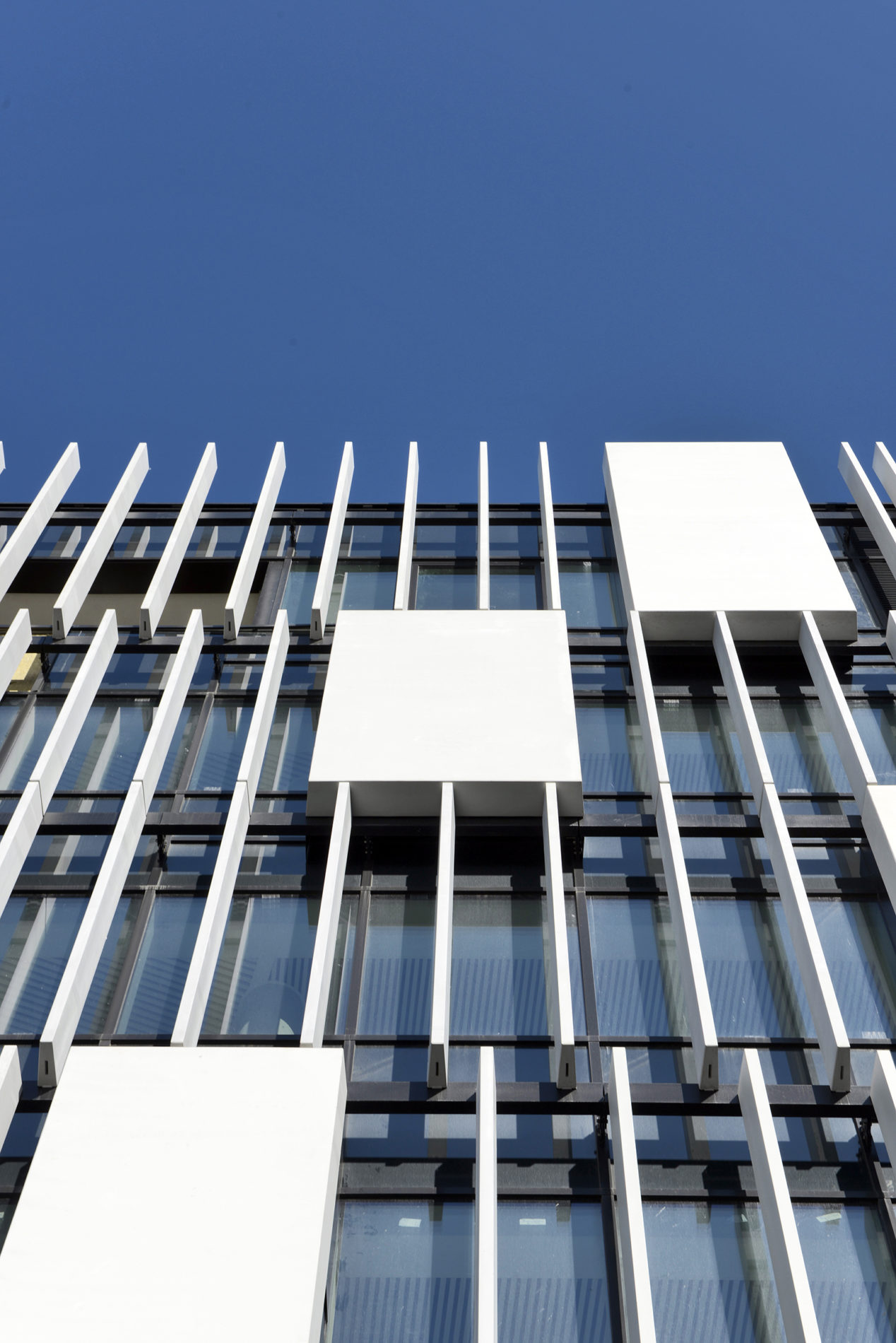 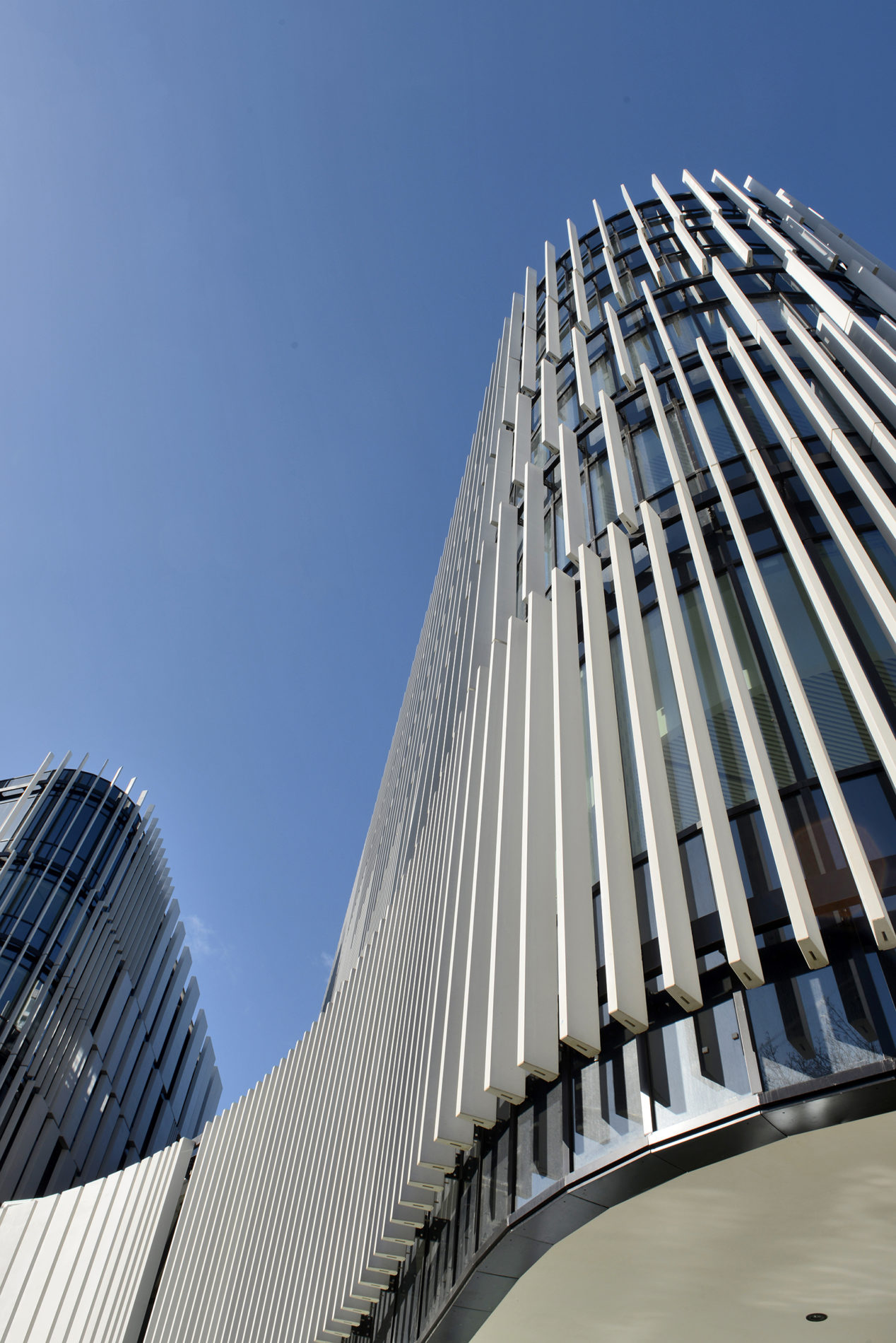 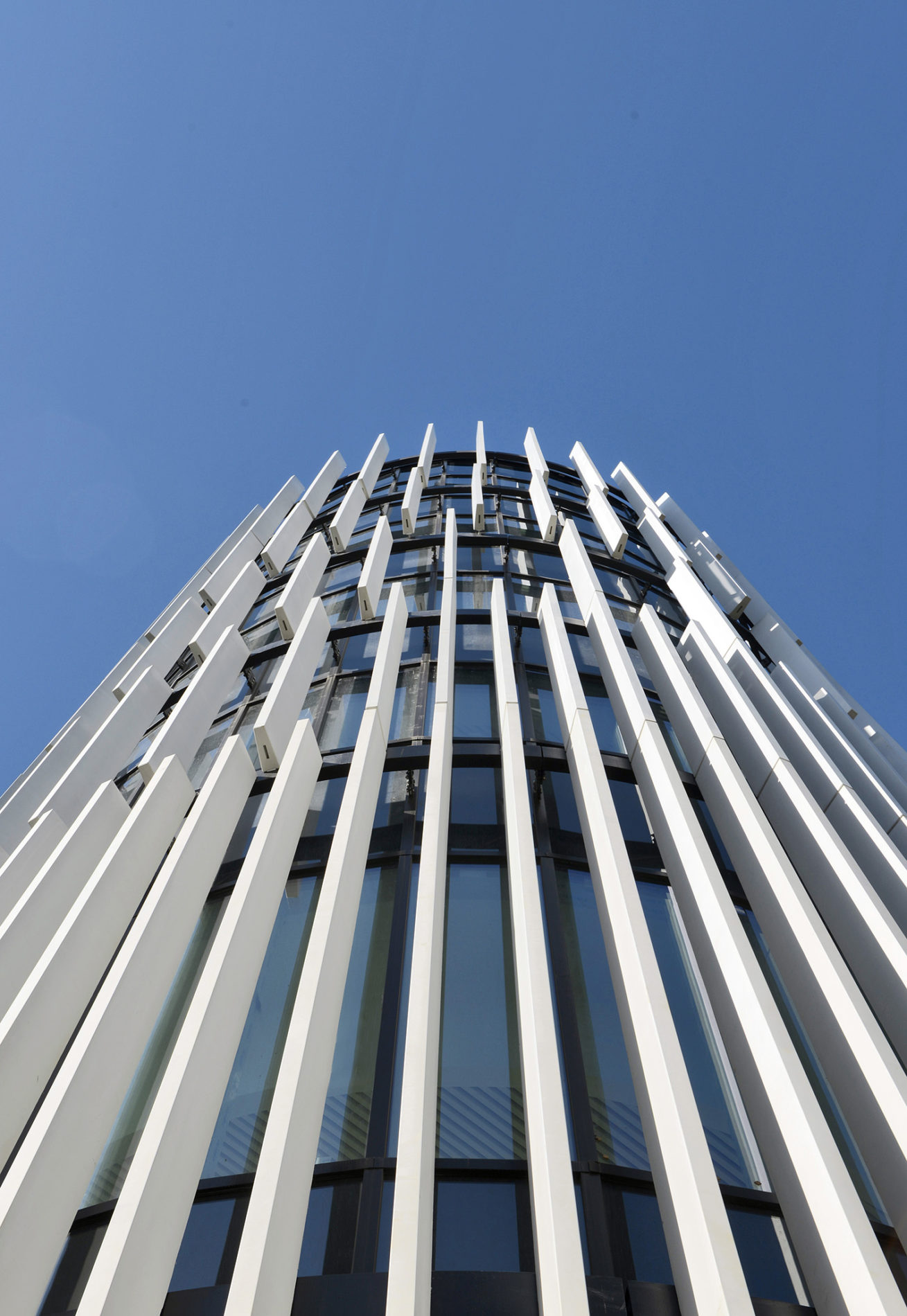 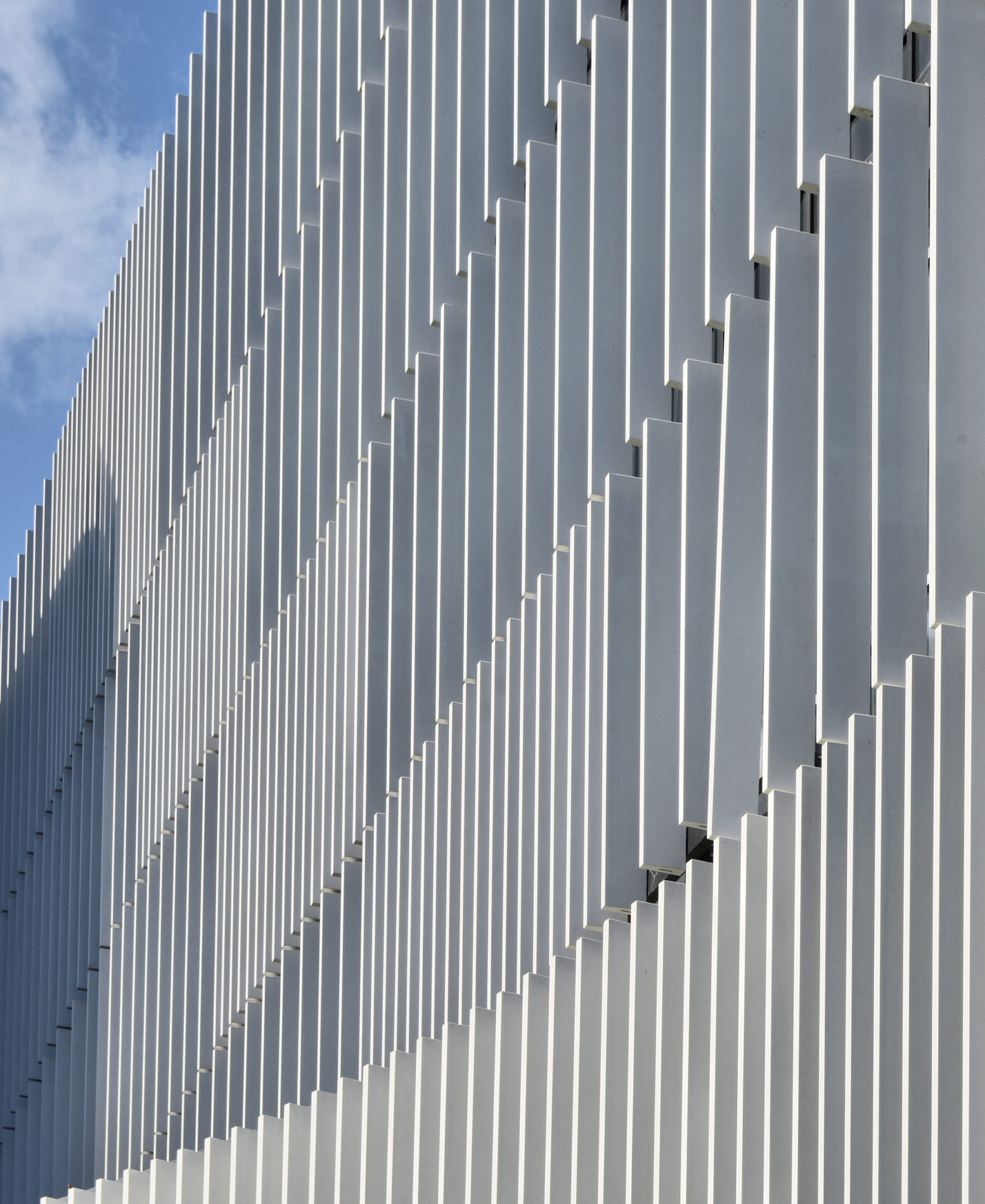 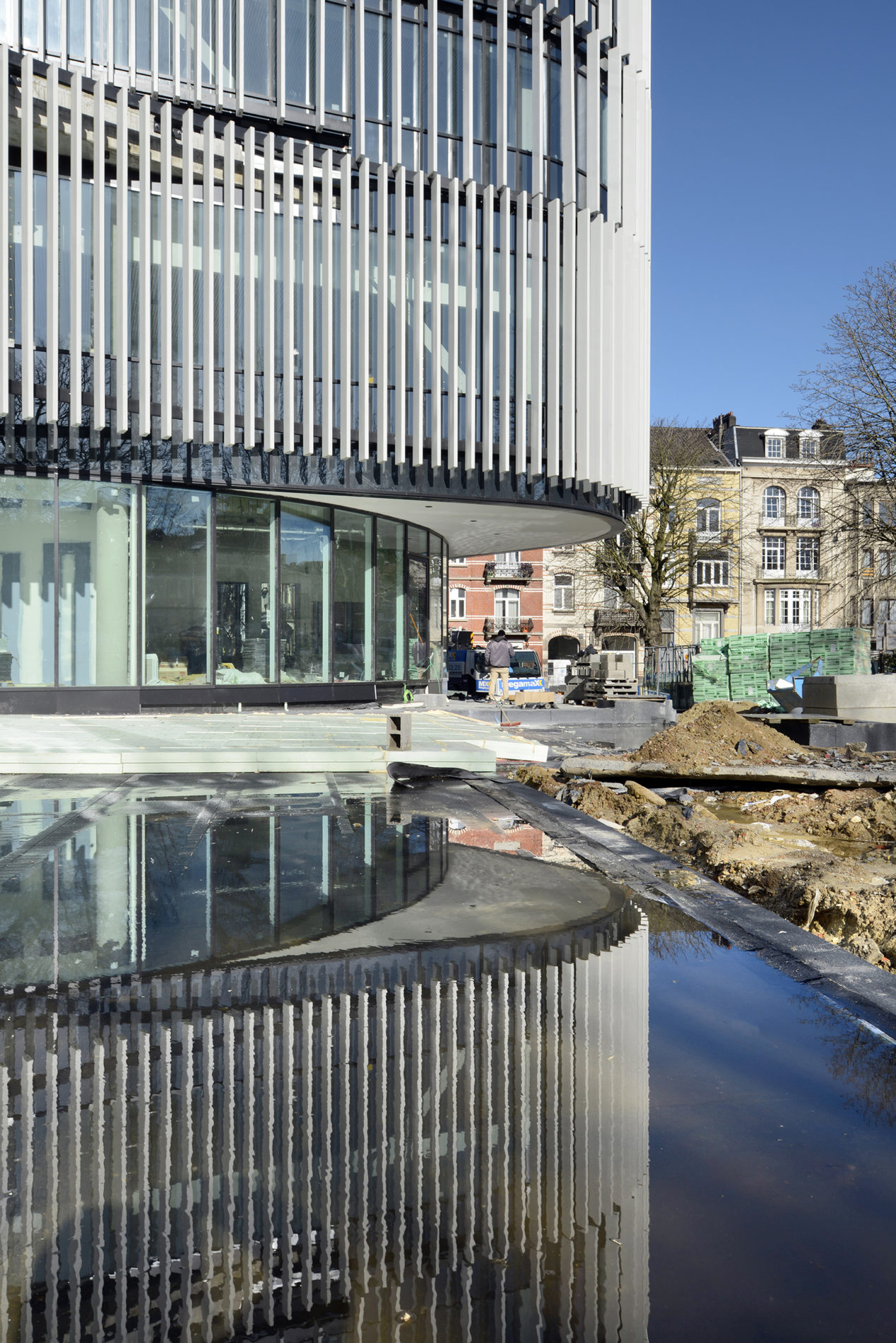 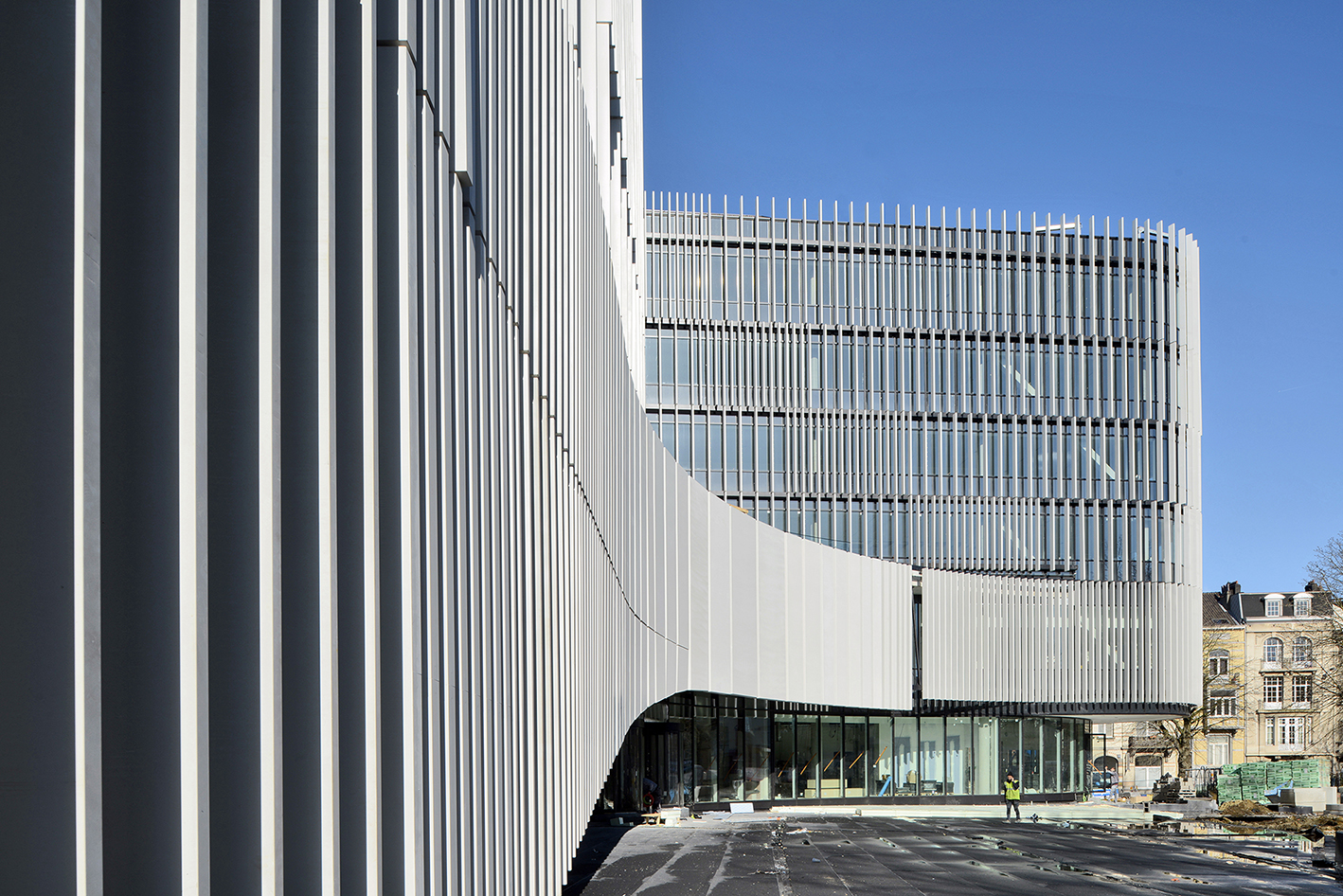 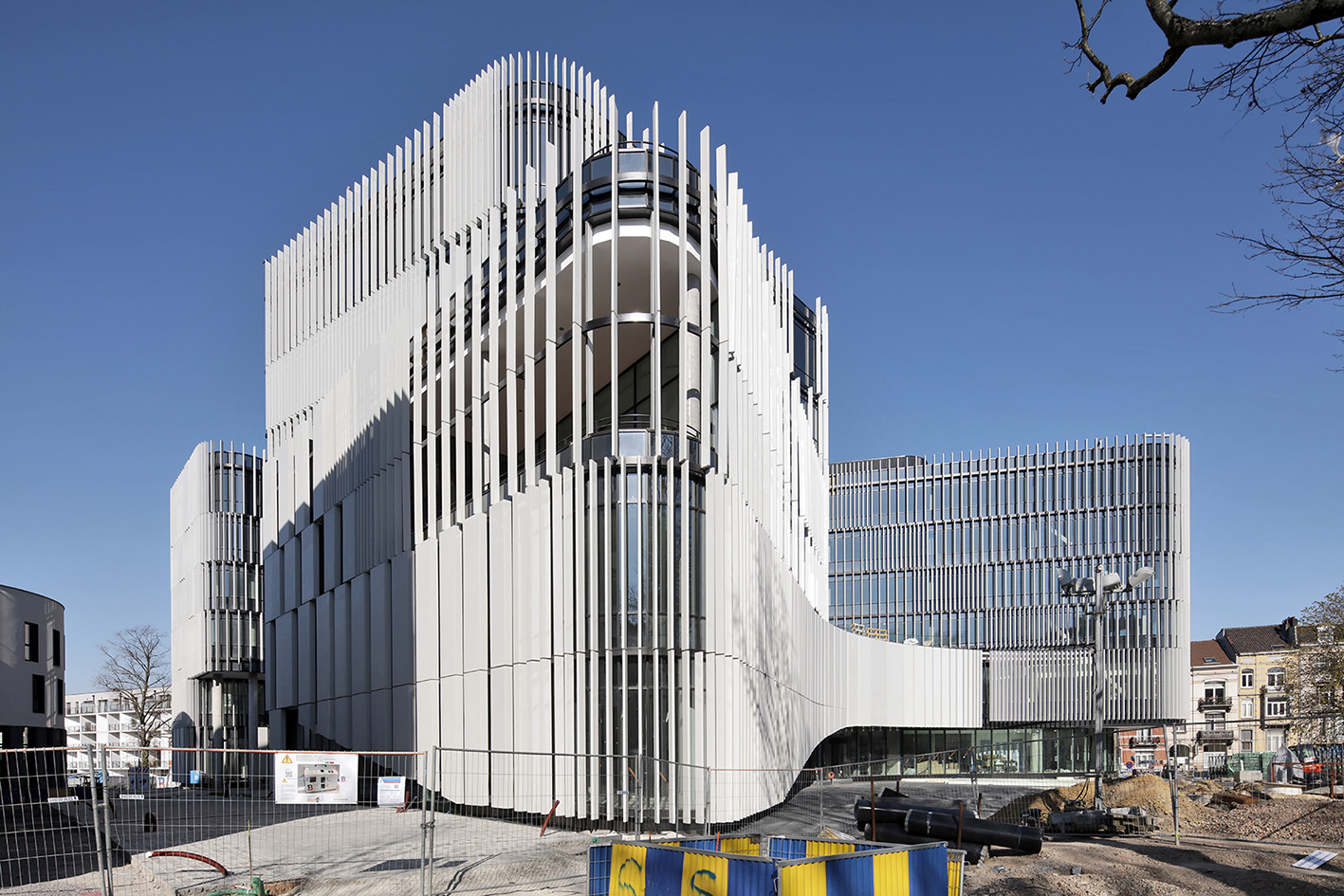 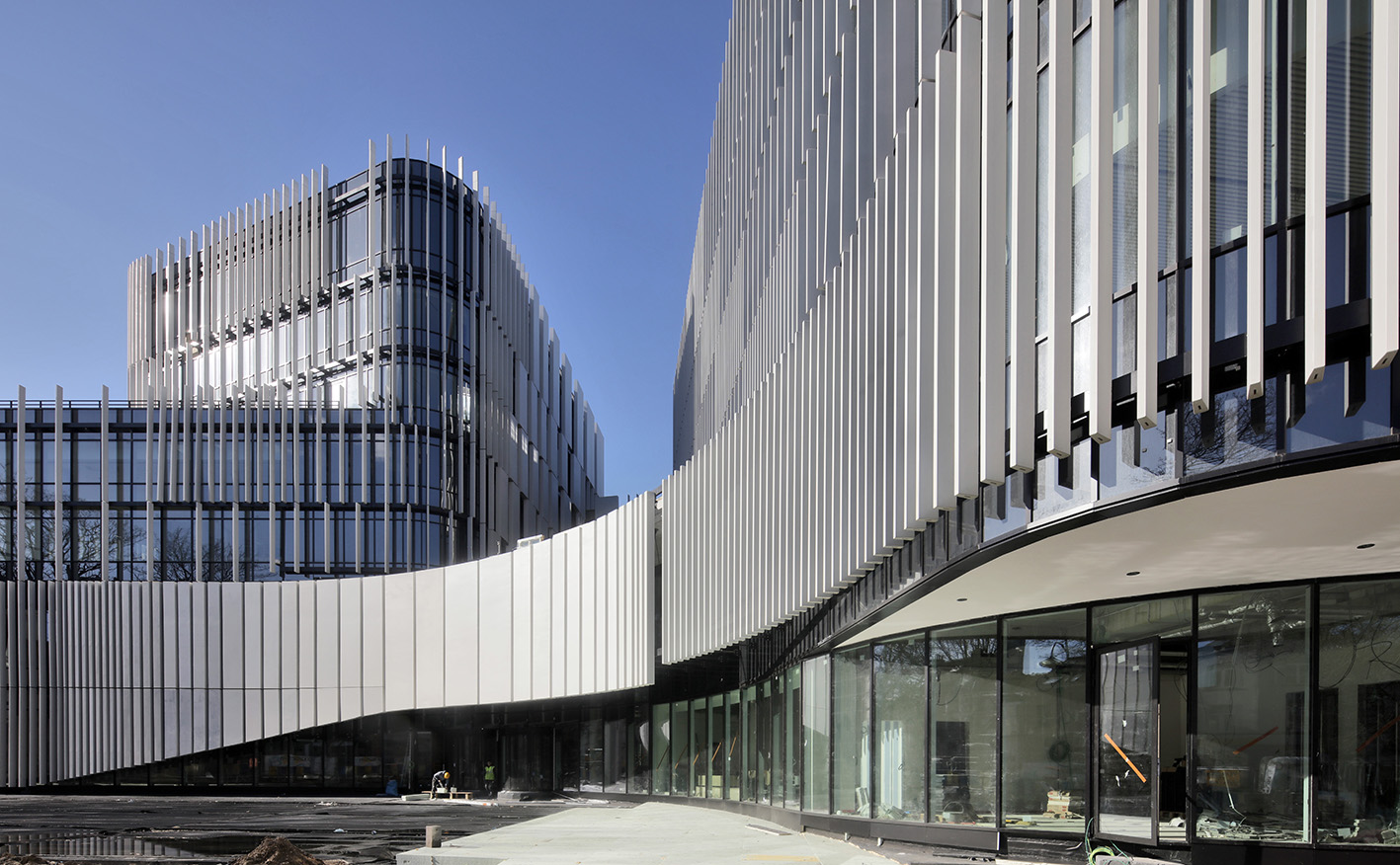 The project of Etterbeek City Hall,  resides on one of most important road of the city, Avenue des Casernes, near at European District in Brussels, in a new development area. It represents great opportunity to revitalize the life of this neighbourhood, a significant part of the town and as well as show the dynamism of the Etterbeek municipality.

We have chosen to use a particular shape for increasing a communications between existing neighbourhood and this area.

The administrative centre is positioned in the corner between Avenue des Casernes and Rue Beckers separated to the social housing building by a pedestrian connection. This element relates a future public park with a new public plaza, a results of this strategy planning. 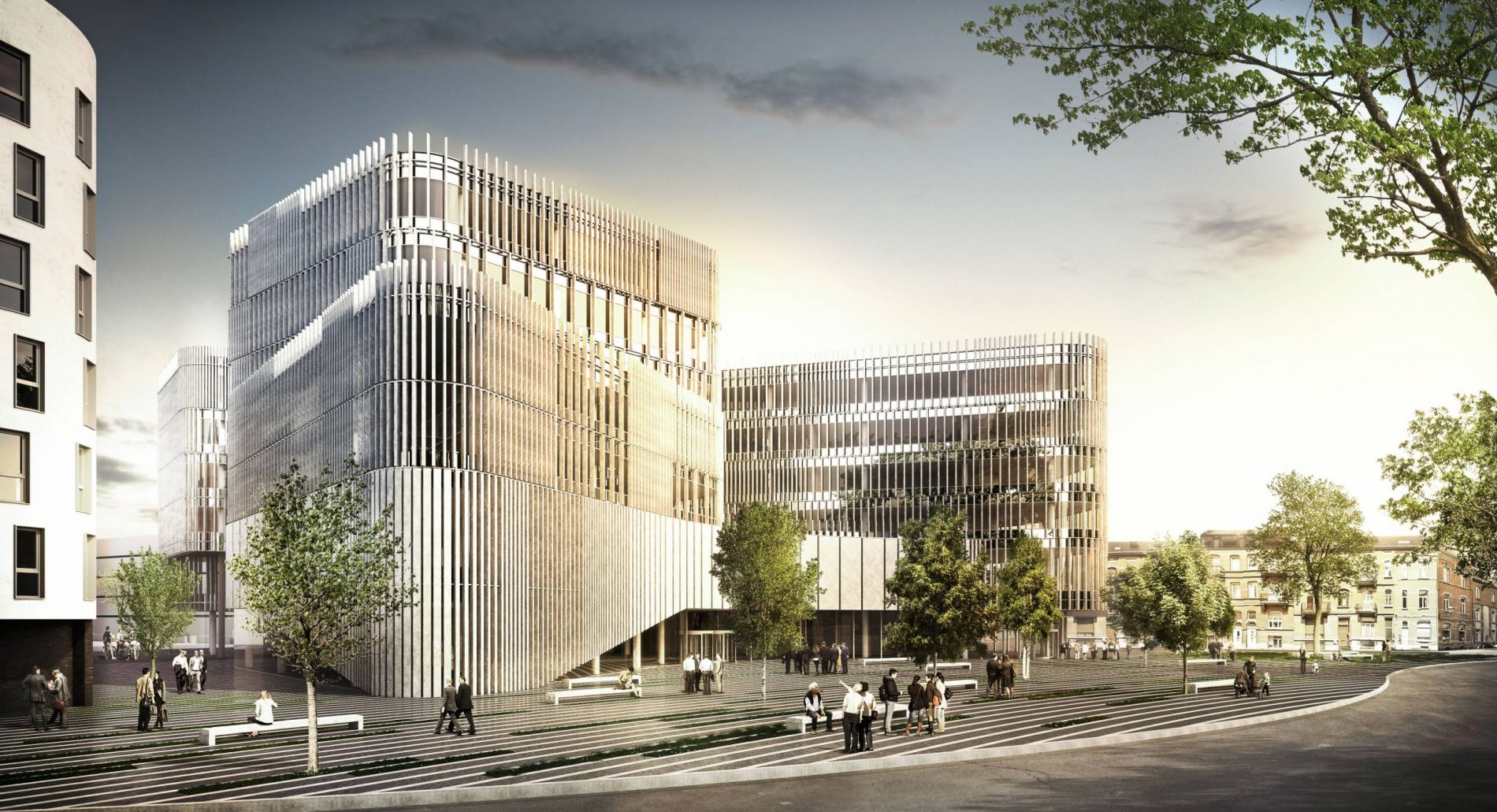 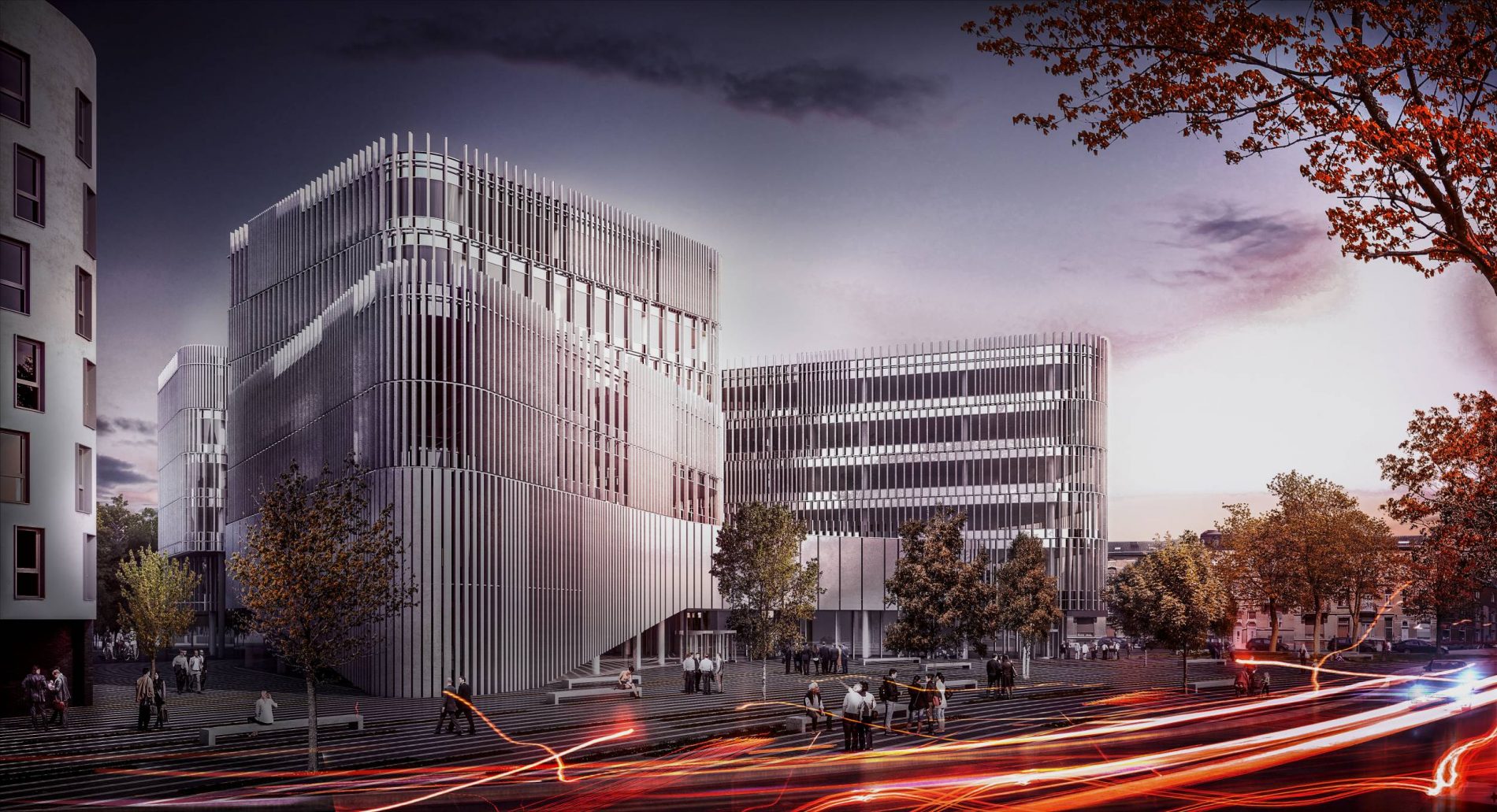 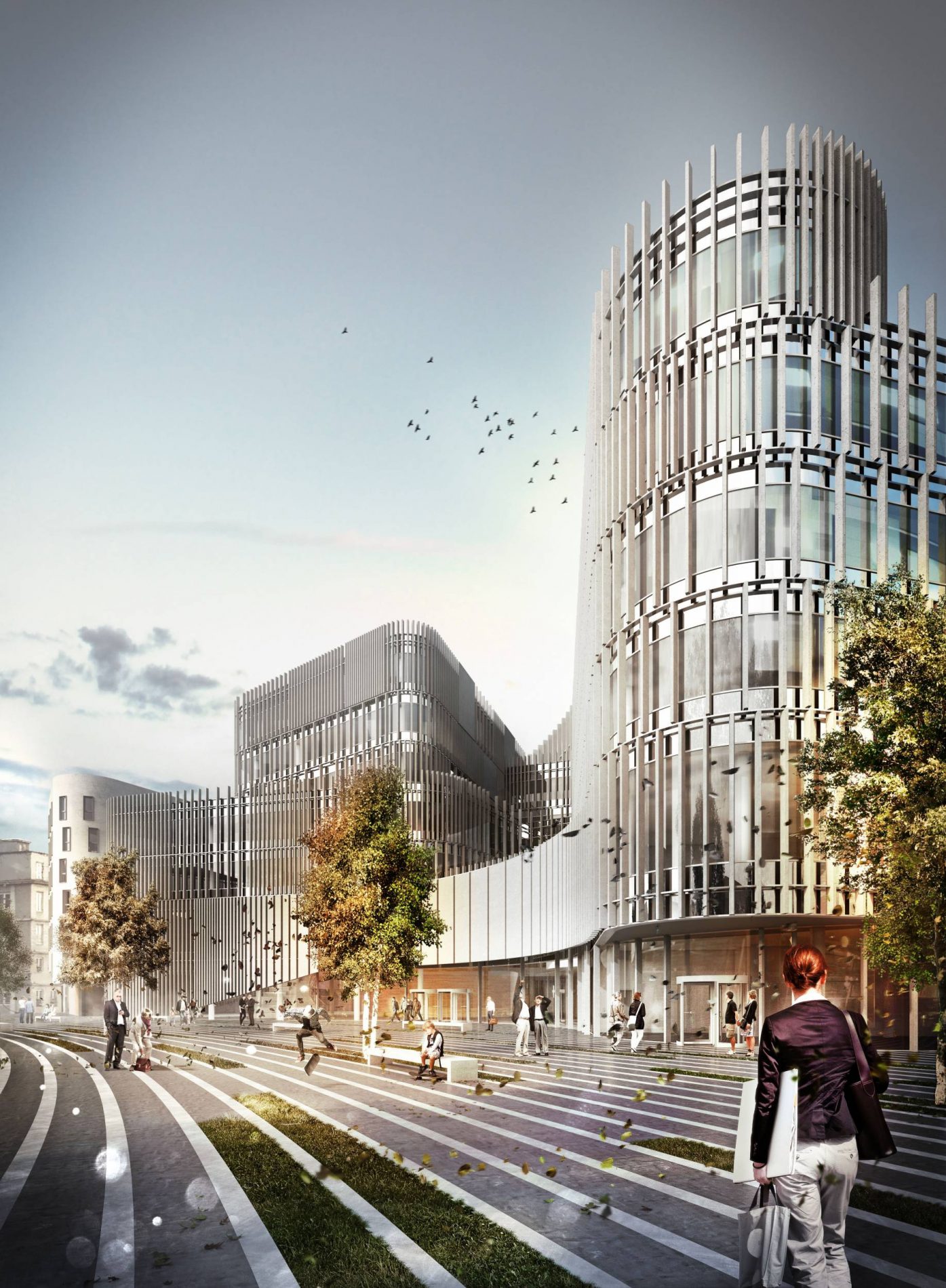 The shape of building emphasises the main access from a public plaza with a relevant curved cantilevered, that bring us in the core of project, a majesty double levels lobby.

From this point it’s possible to access at any kind of services and trough the building, physically and visually, to arrive at the public spaces and the new neighbourhood.

All functions have a direct access and independent vertical connection, but the future flexibility is not compromised. Our intentions is that of create a modular and editable building.

A relevant attention has been observed for the construction of facades.

A detailed study of a solar exposition by energy engineers led to conception a particular kind of brise-soleil, that give at the building a straight lighting contribution and a perfect comfort. 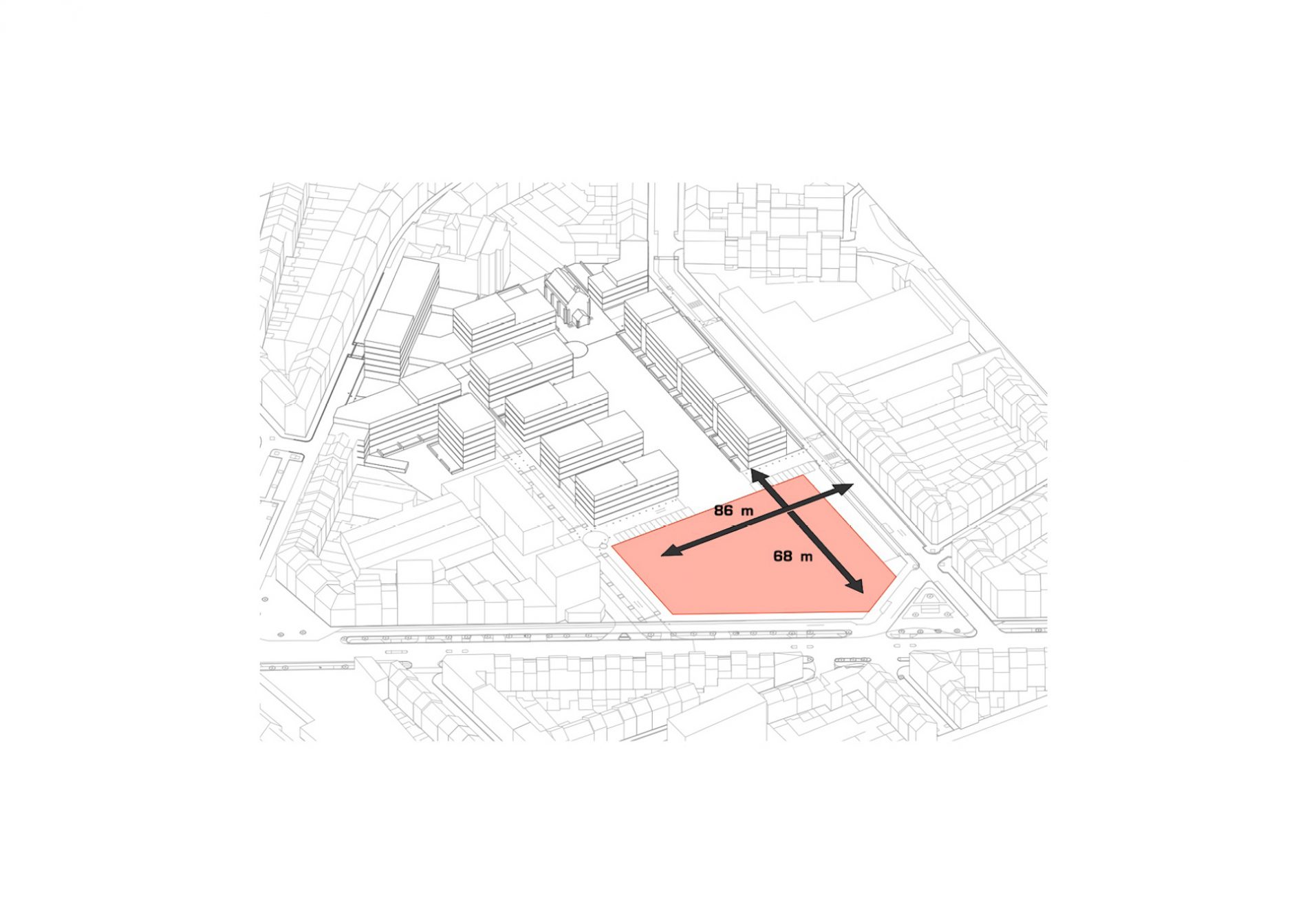 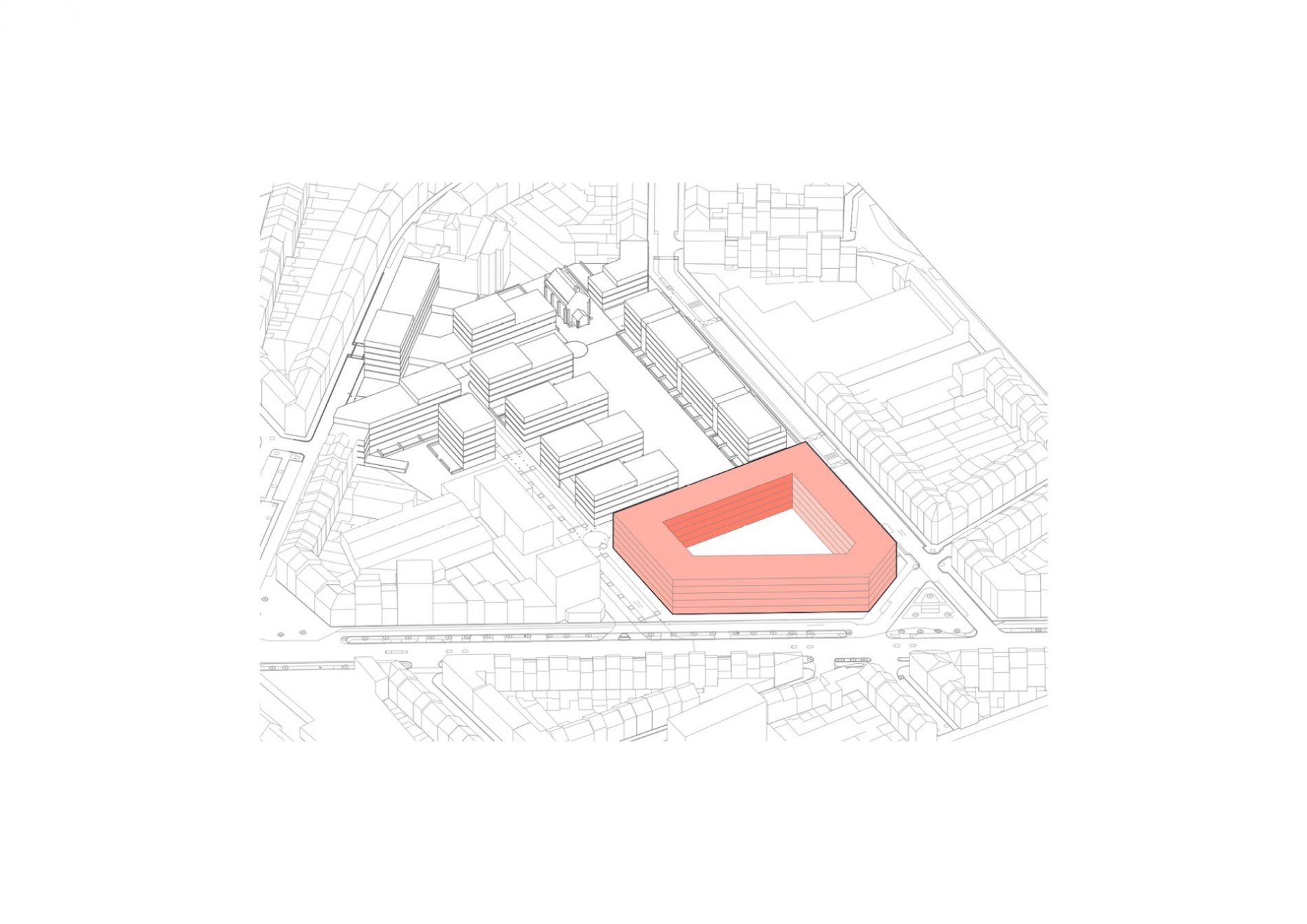 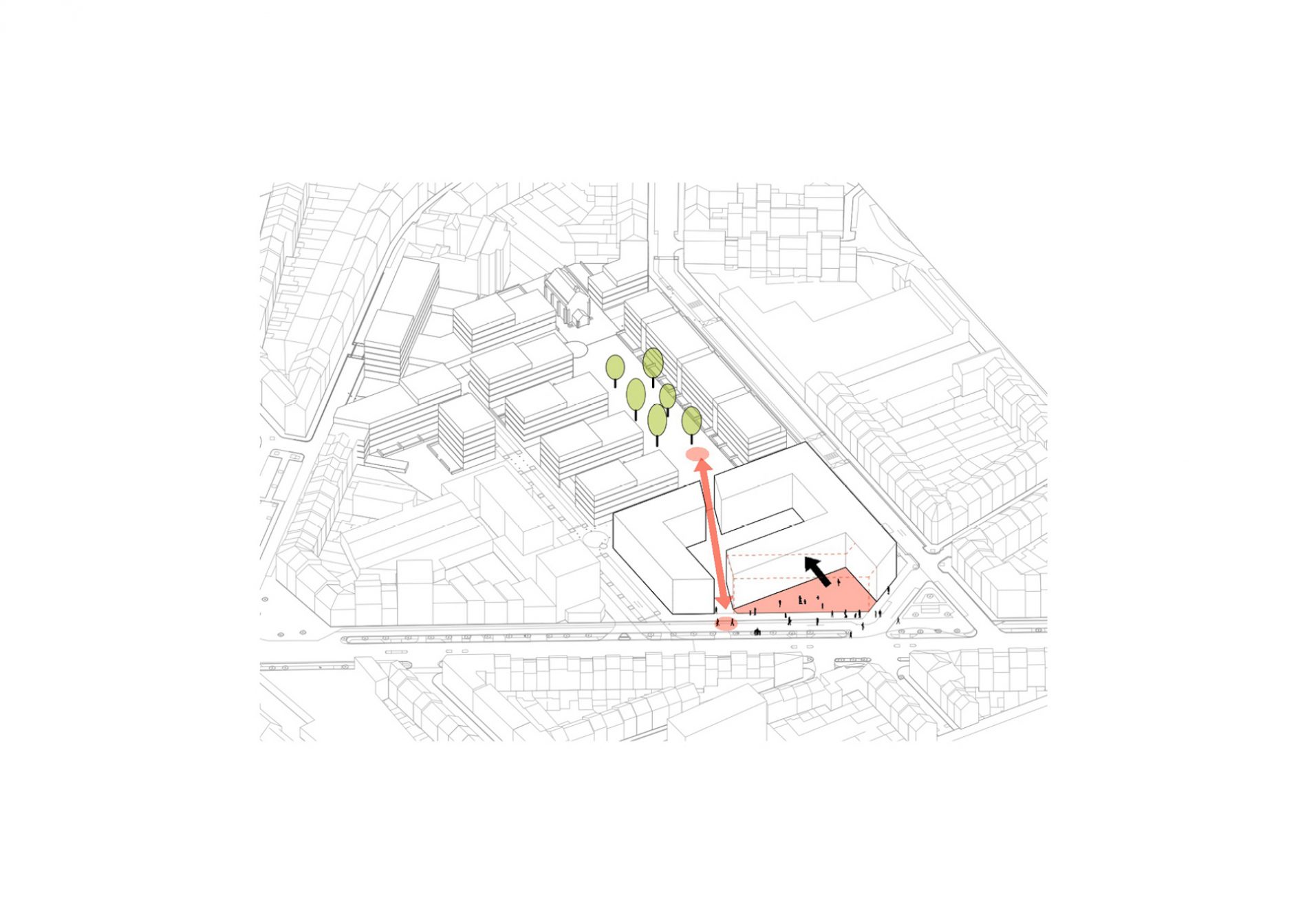 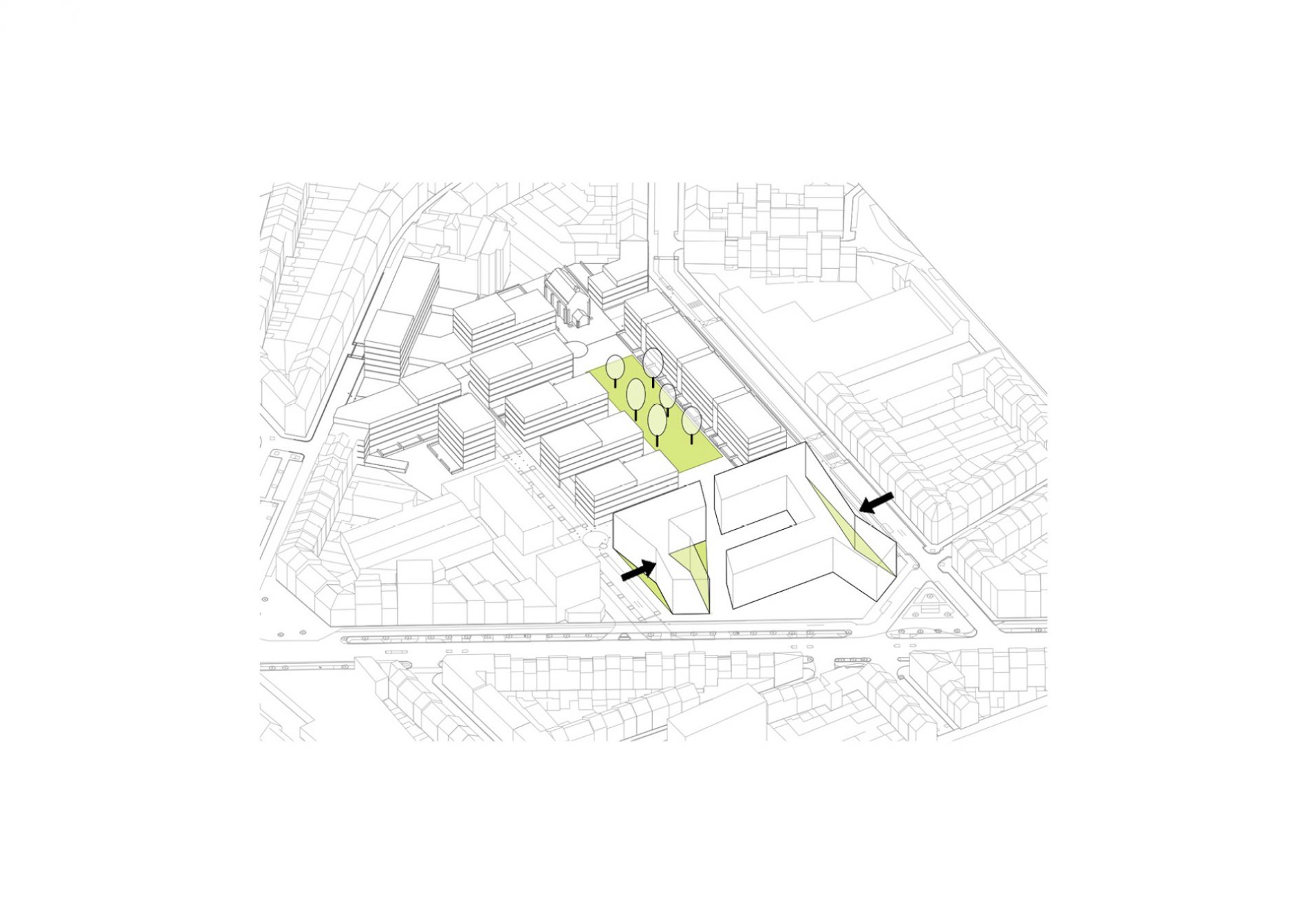 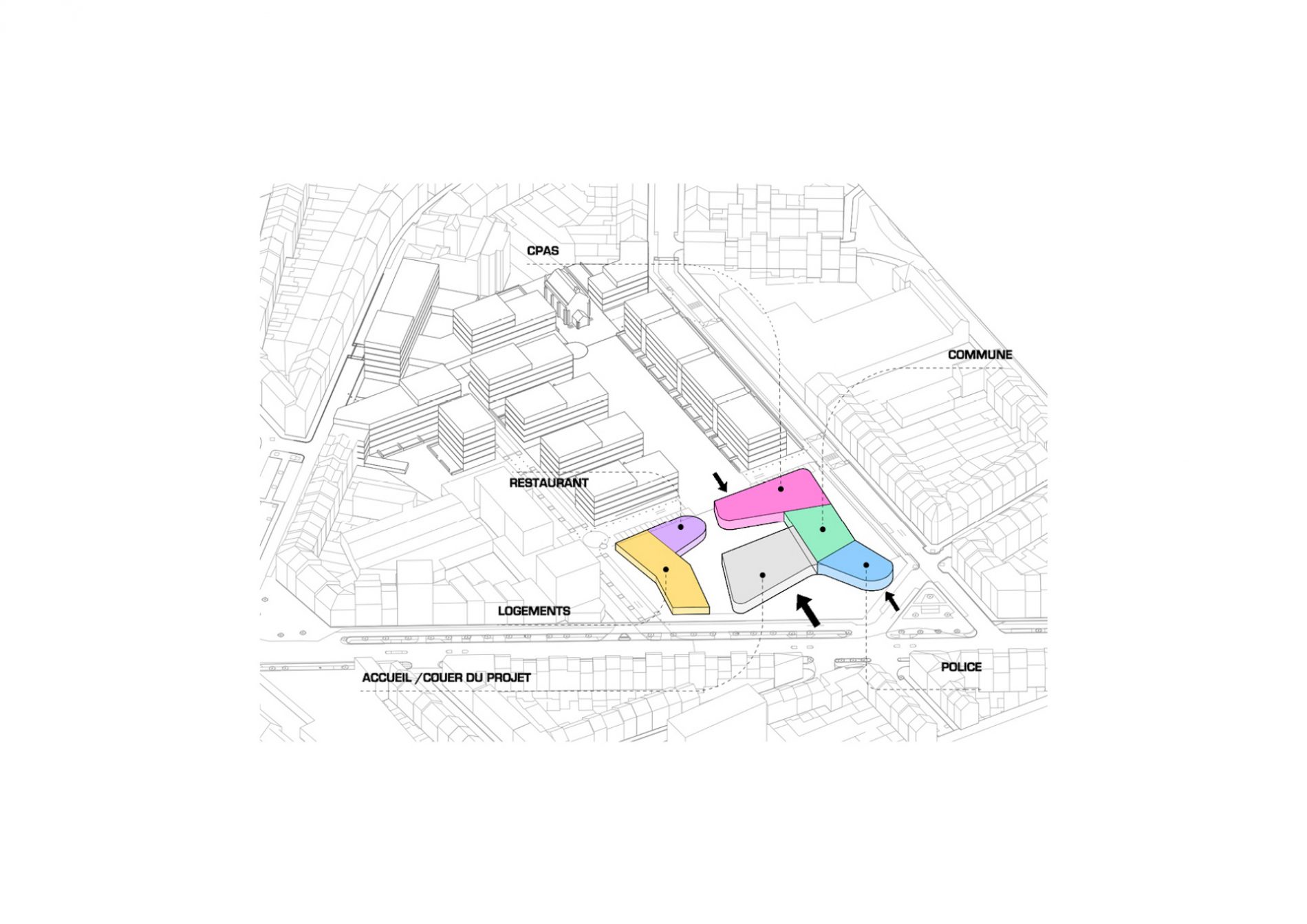 EXTRA SPACE FOR PLAZA AND SLOWING DOWN TRAFFIC 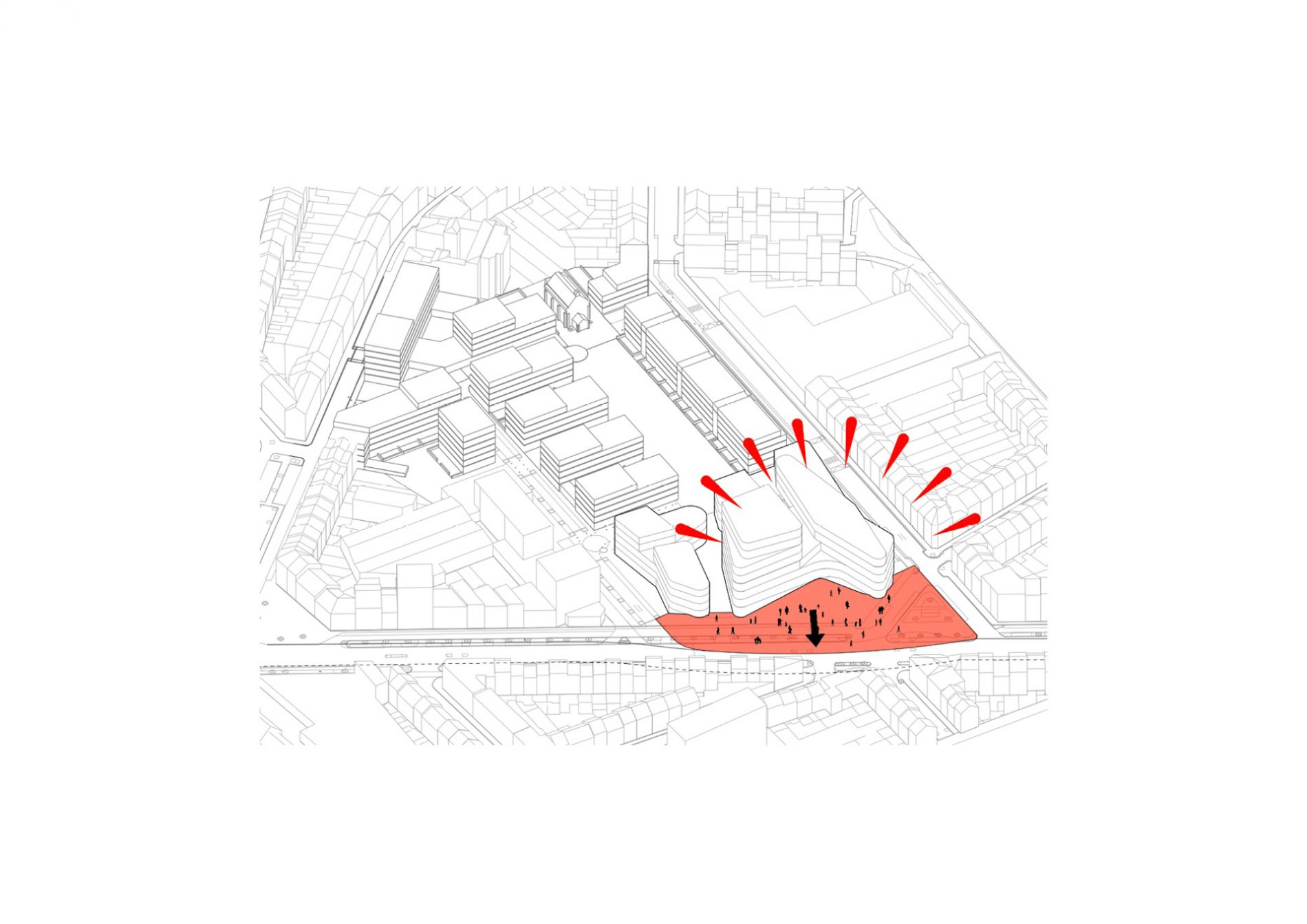 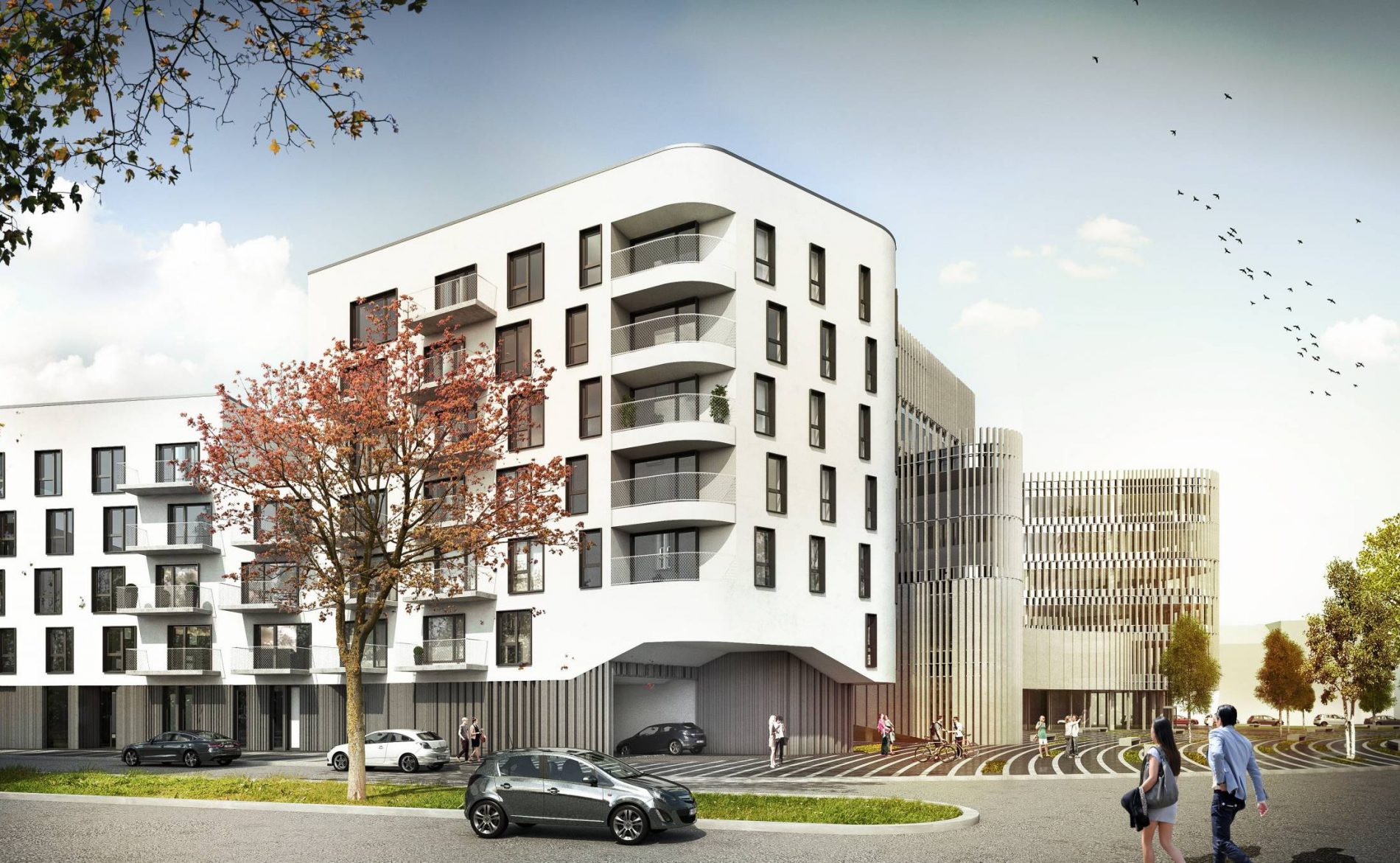 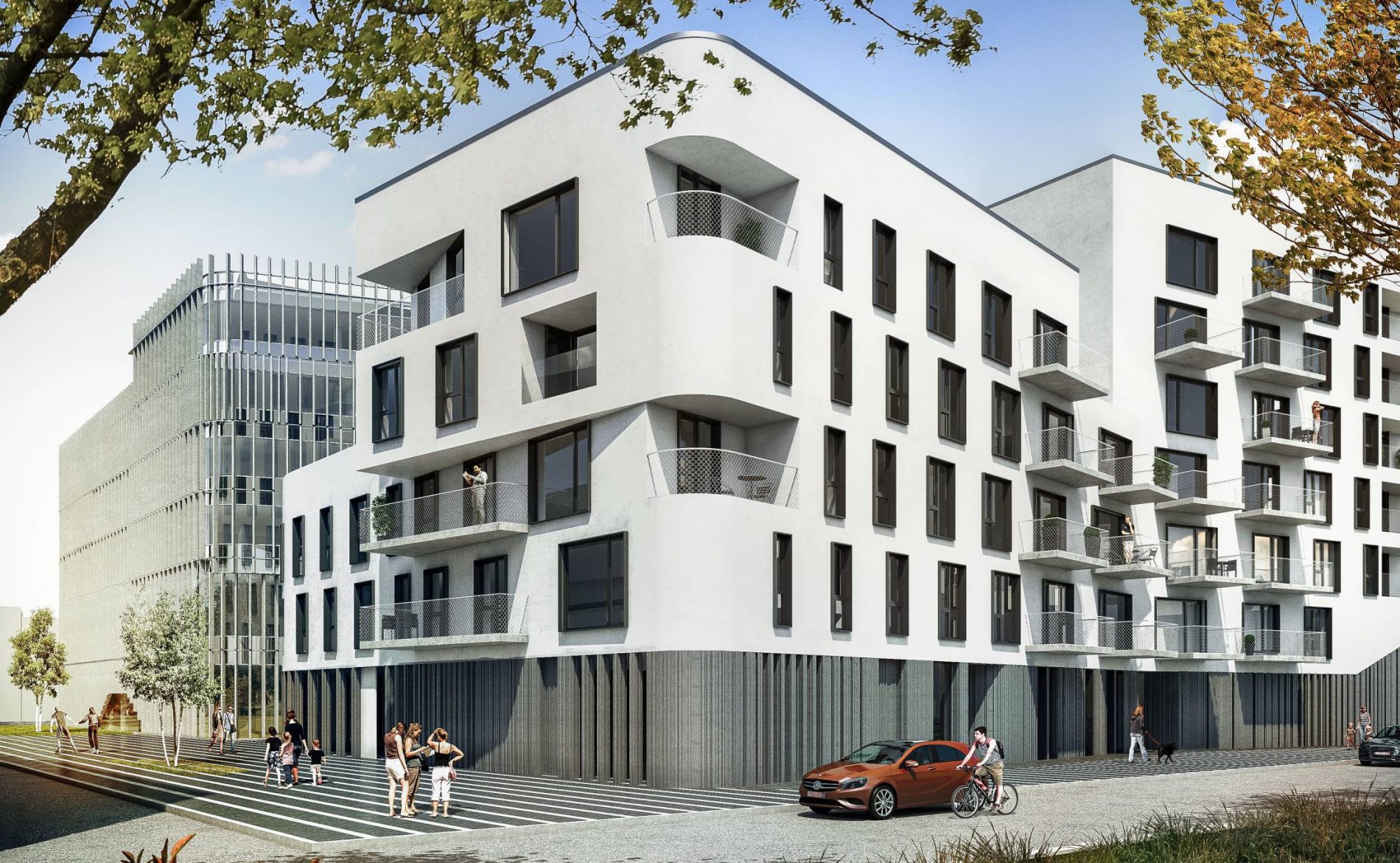 The new social housing has been conceived with a similar shape language of the City Hall, while keeping a personal identity.

All of 41 apartments, are served by tree vertical connections and their have different size. Principal composed of two or tree bedroom. Every flat have a perfect orientation and a double side view, as well as external space. For this building it was applied a passive standard of energy. 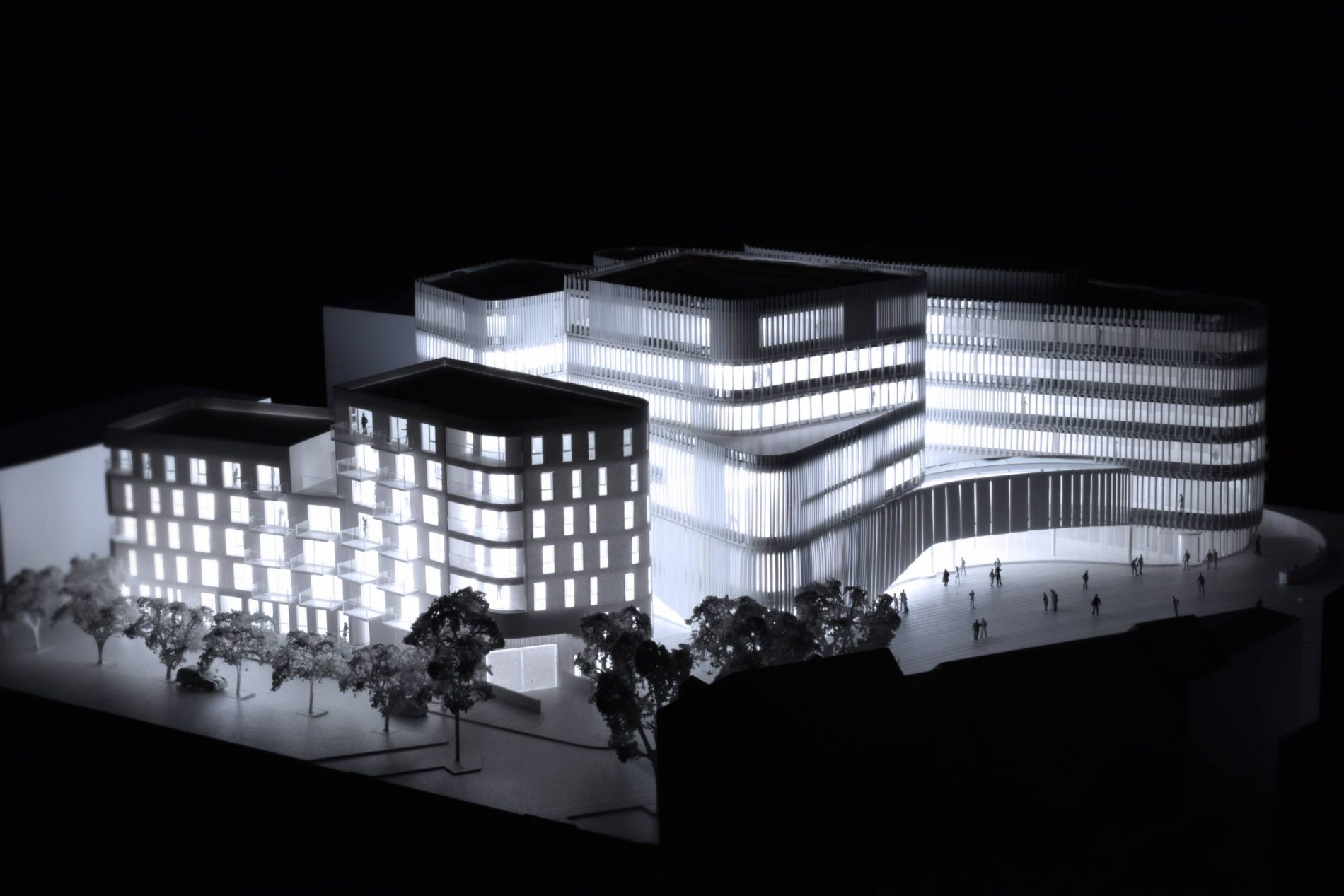 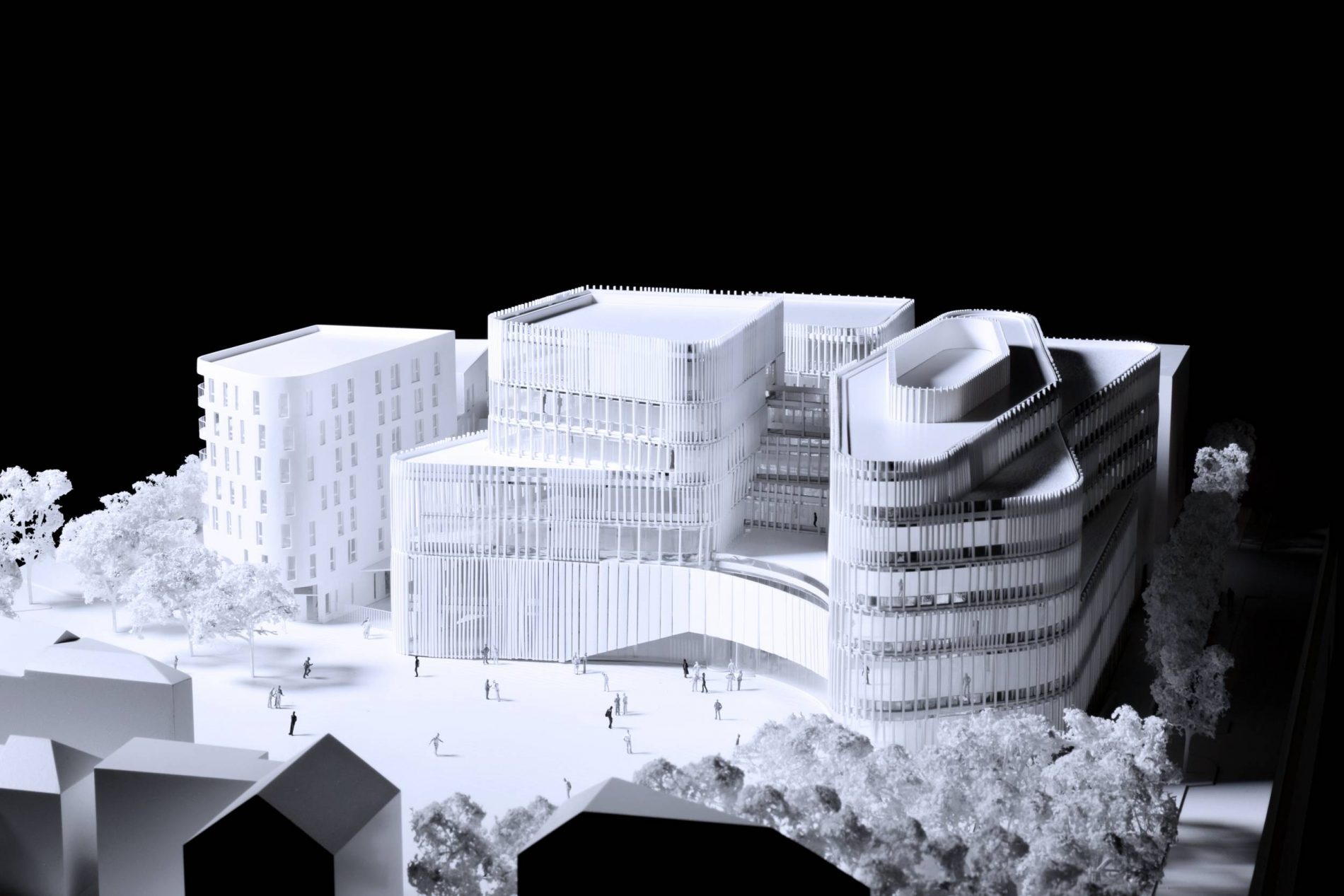 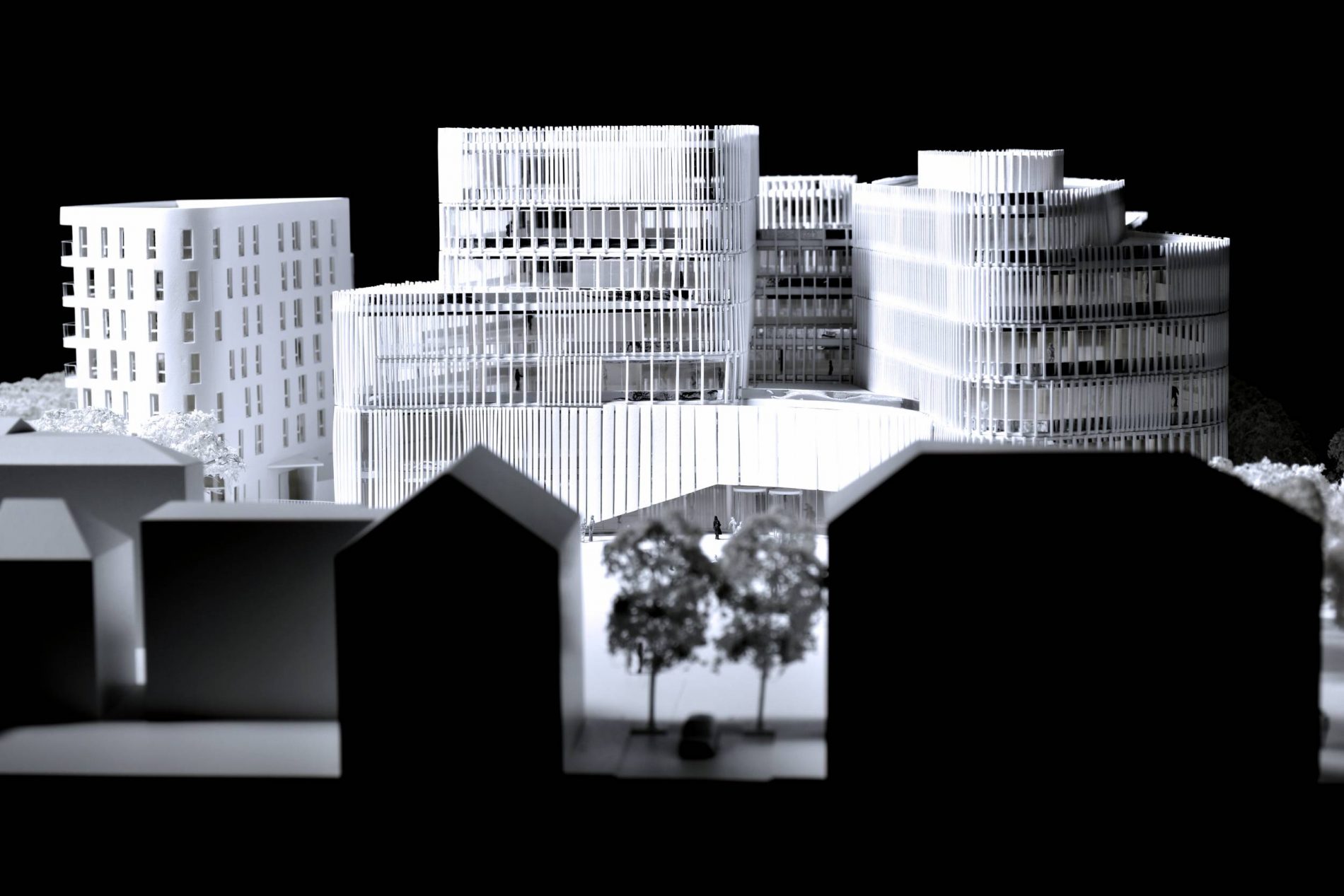 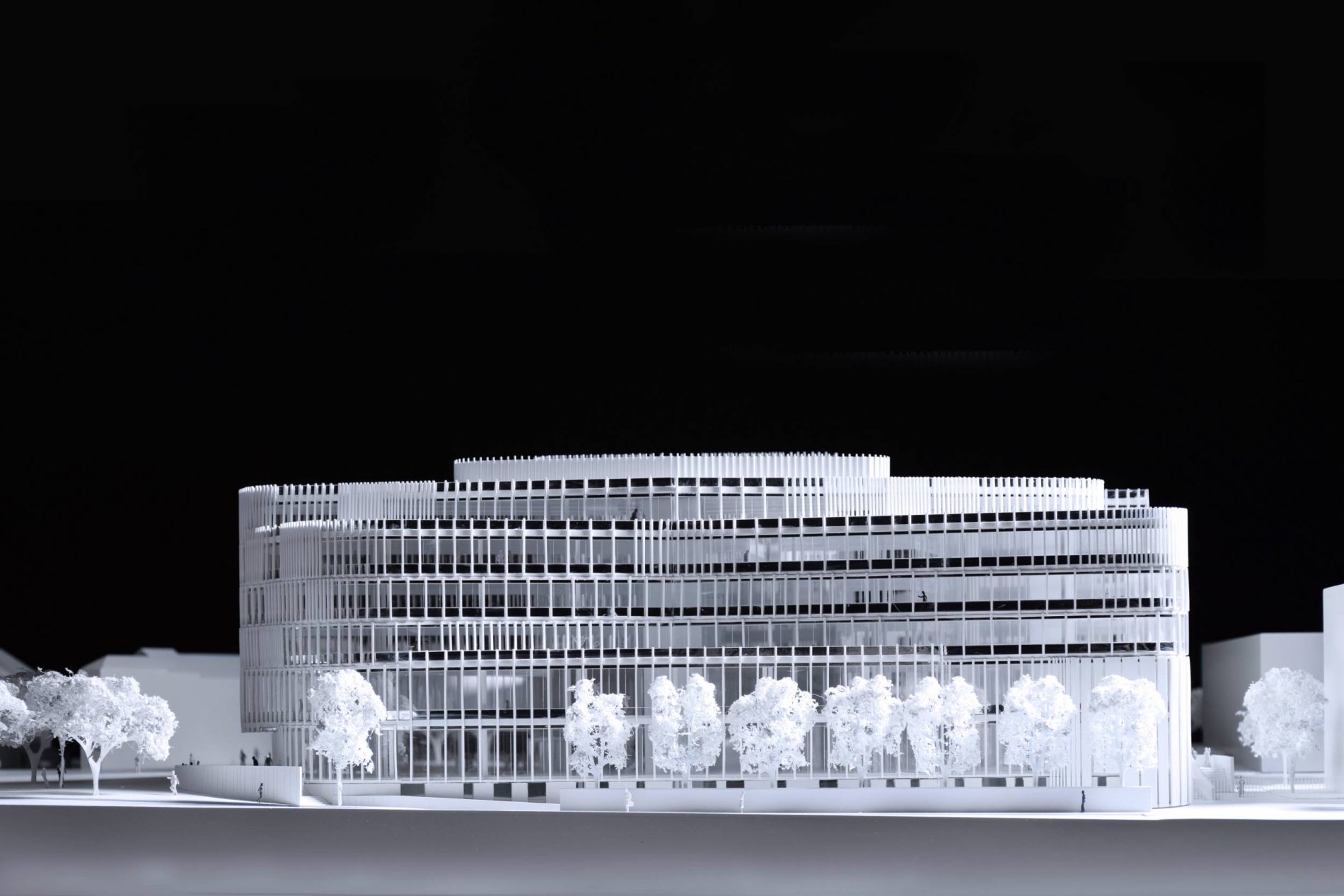 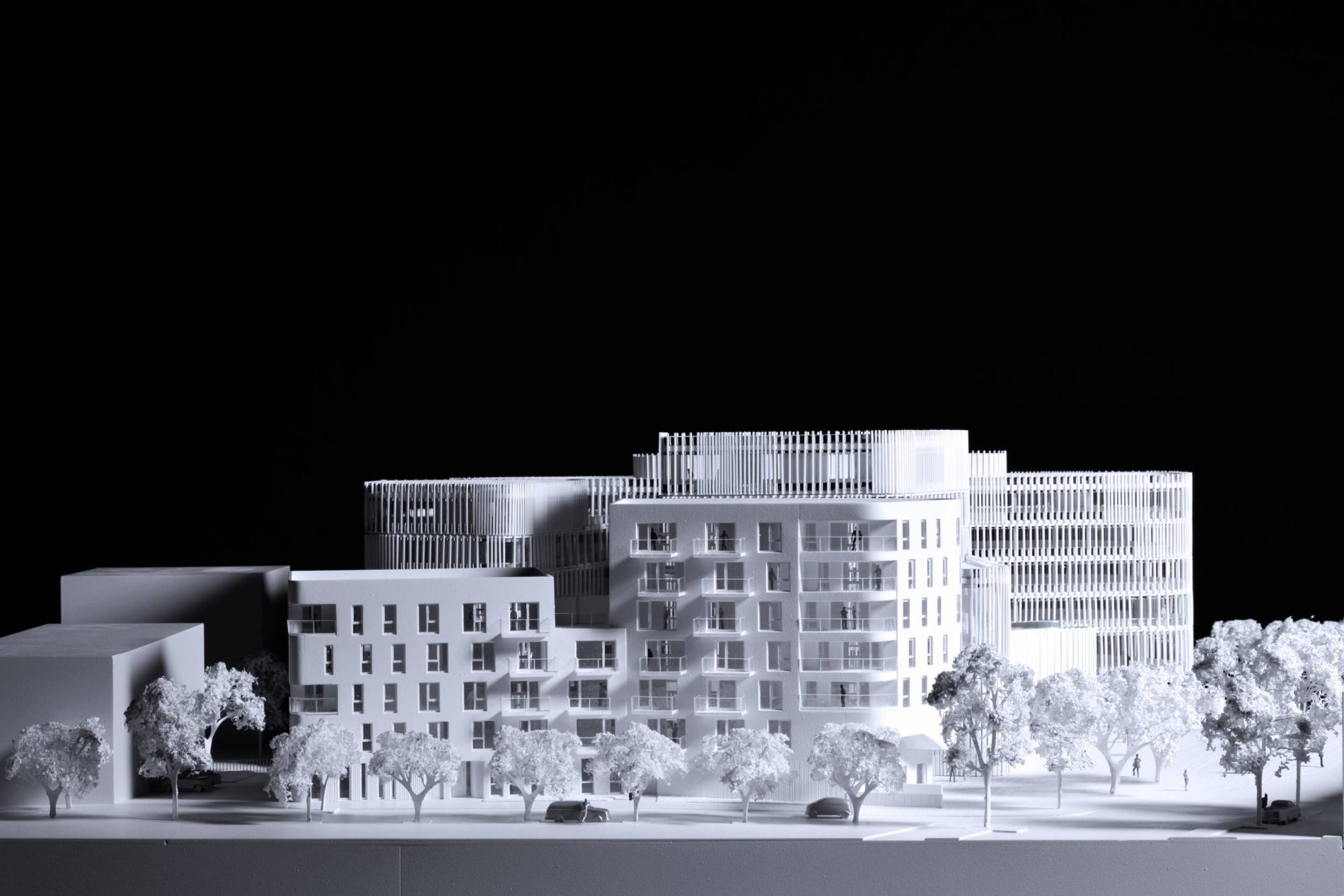