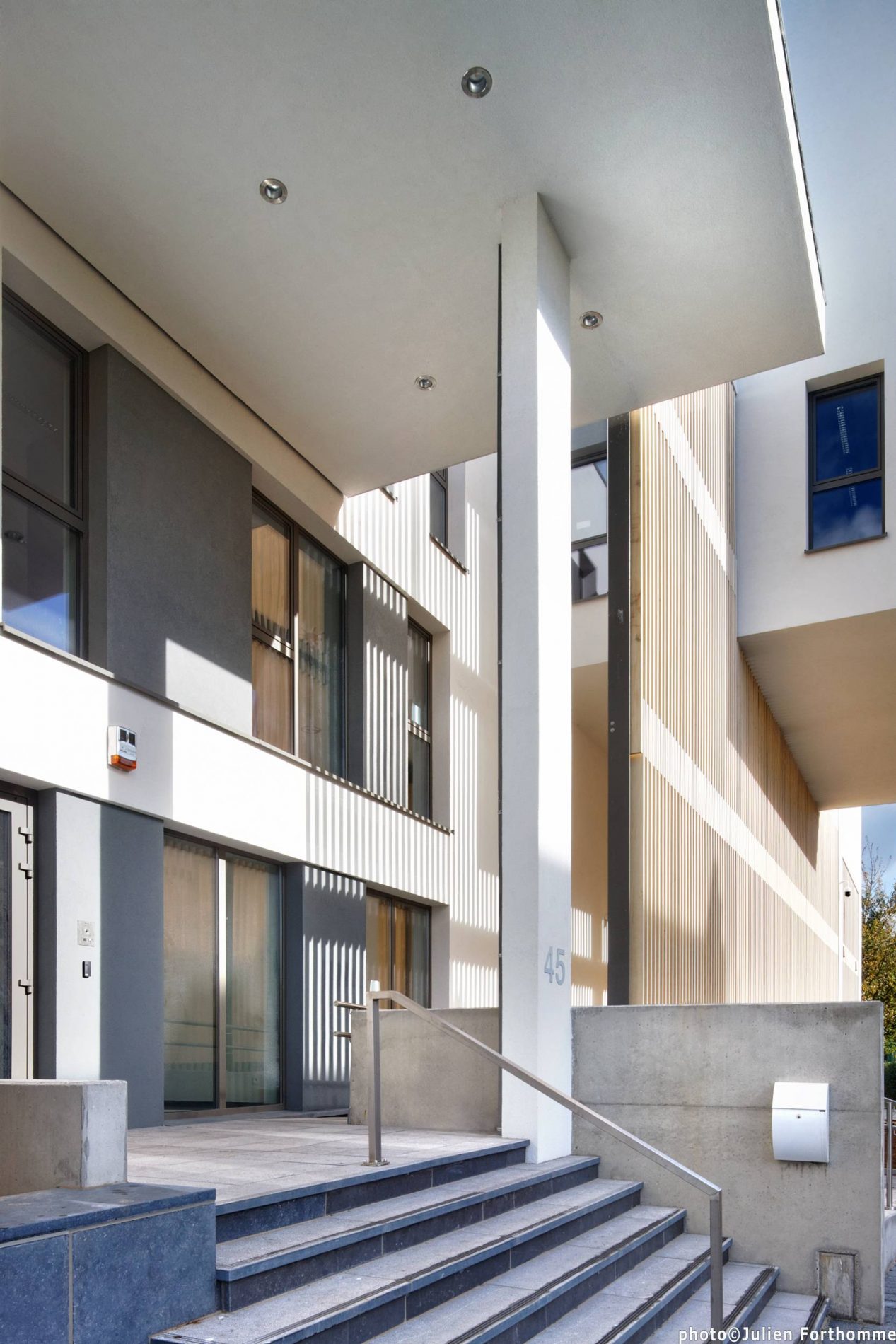 a strong and symbolic presence

The project is inserted in an existing environment, close to residential area, school and sport centre, in the middle at mixed function. A situation that bring a quiet moment but also chaotic circulation.
During the project phase we focused on this problem trying to give an answer that considers how the district is completely developing.

Realising a building that contains services to the authority and in the same times to security is a symbolic and functional challenge. This involves the communication of the strong image that police represents and also providing optimal integration in the neighborhood in order to people take ownership.

We have responded to all requirements with big wall buffer that represent a symbol of power and also devide private spaces to public spaces. This approach allows us to clearly distinguish the new police station while maintaining a balance with the other occupants of the area. 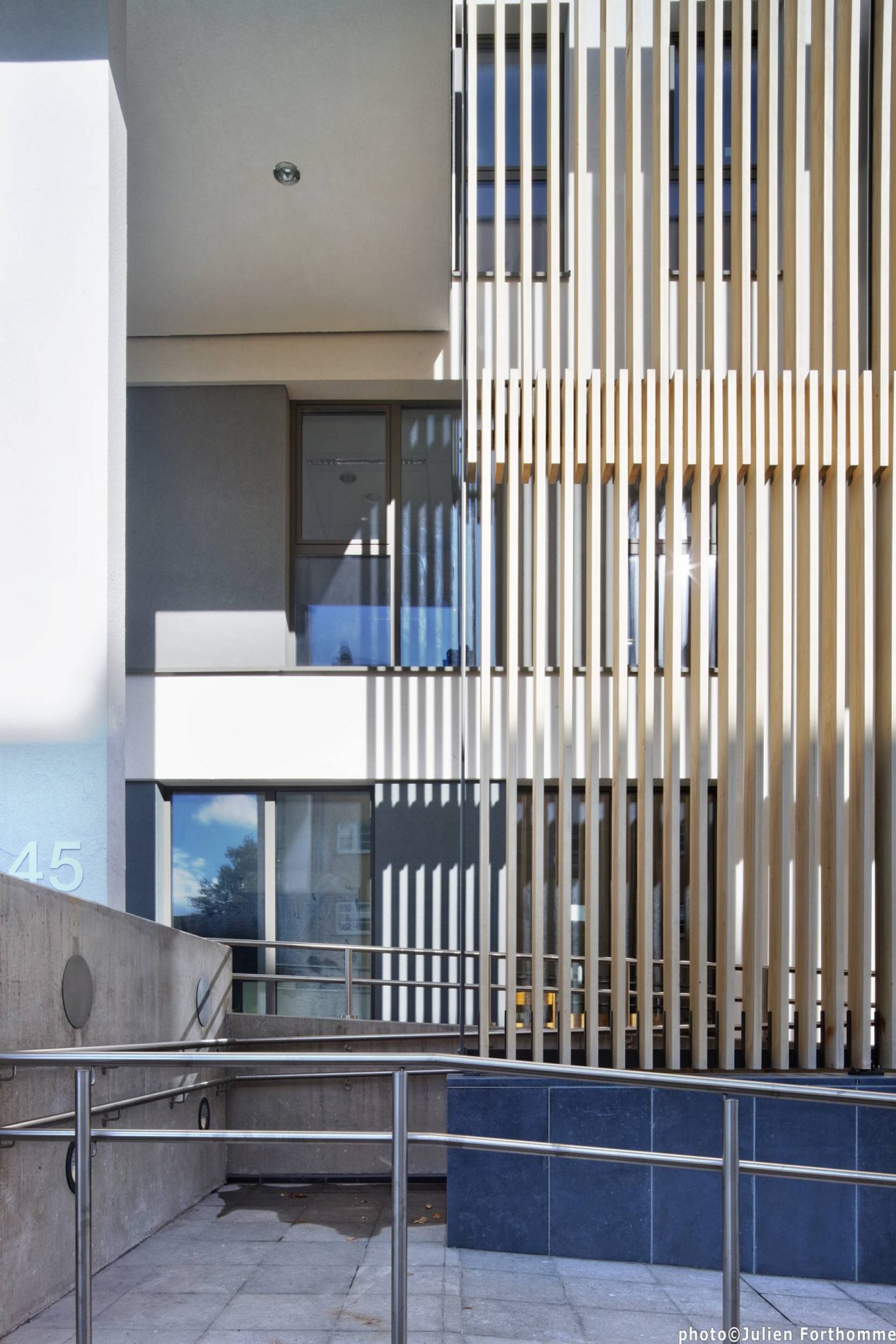 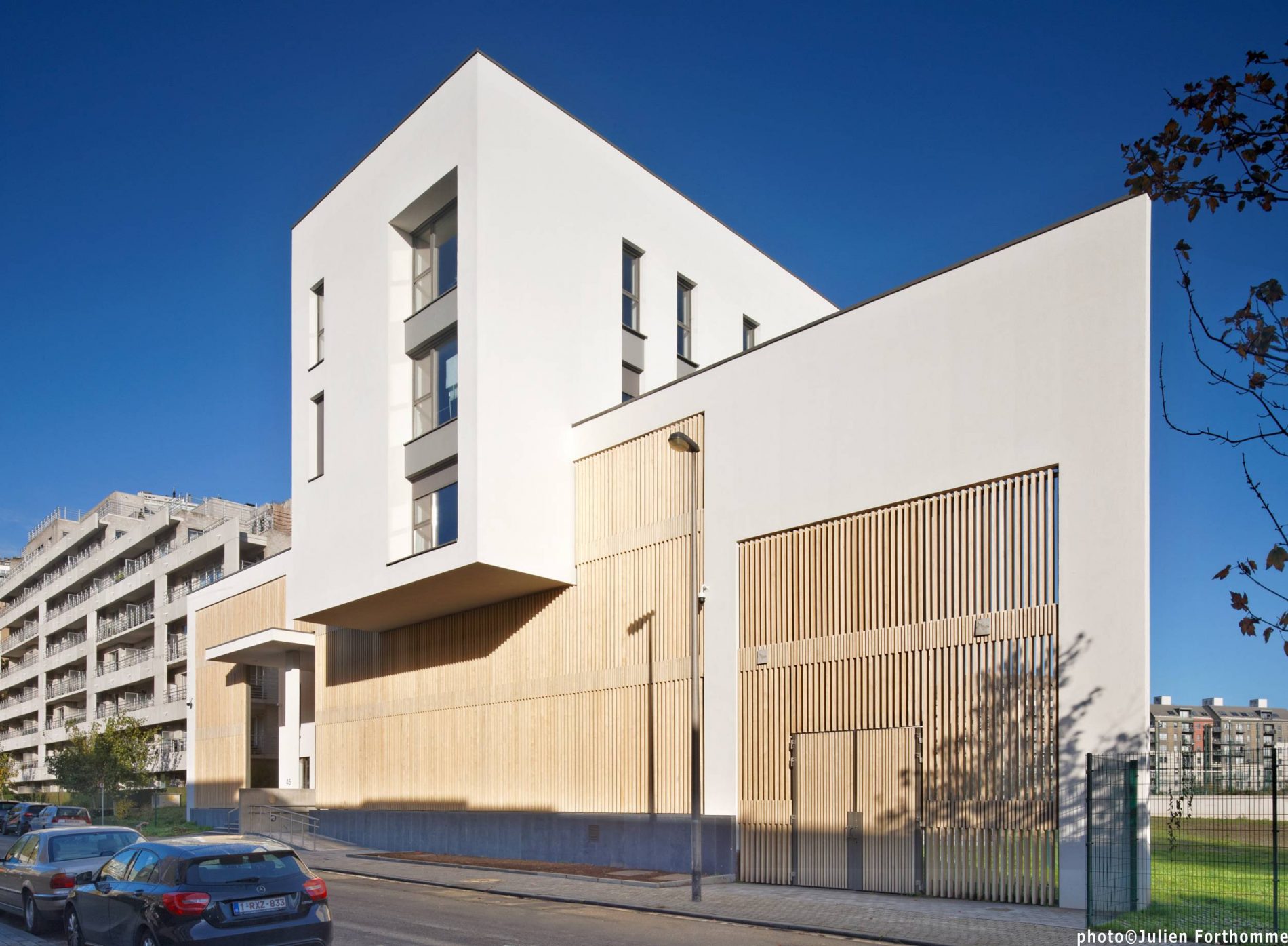 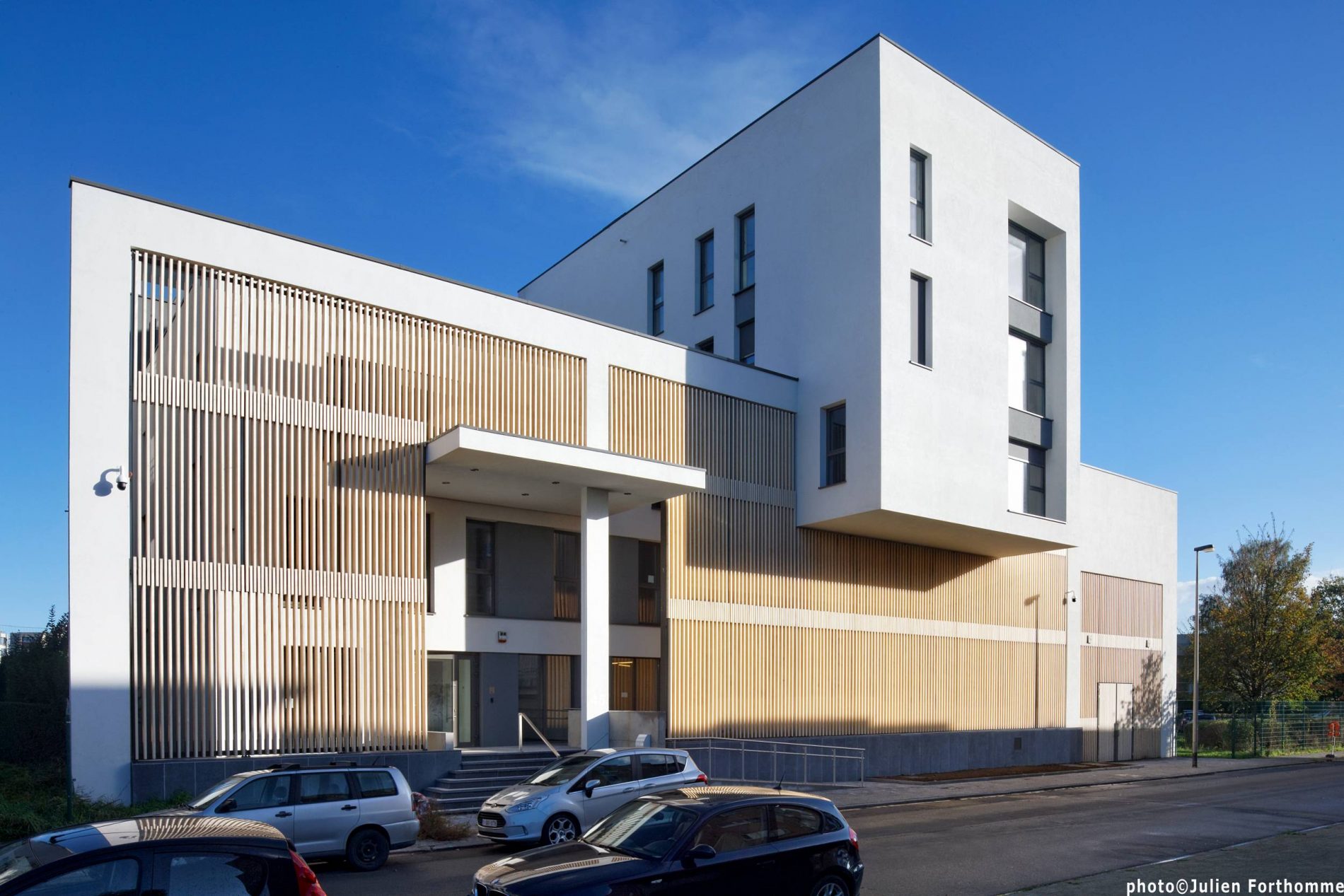 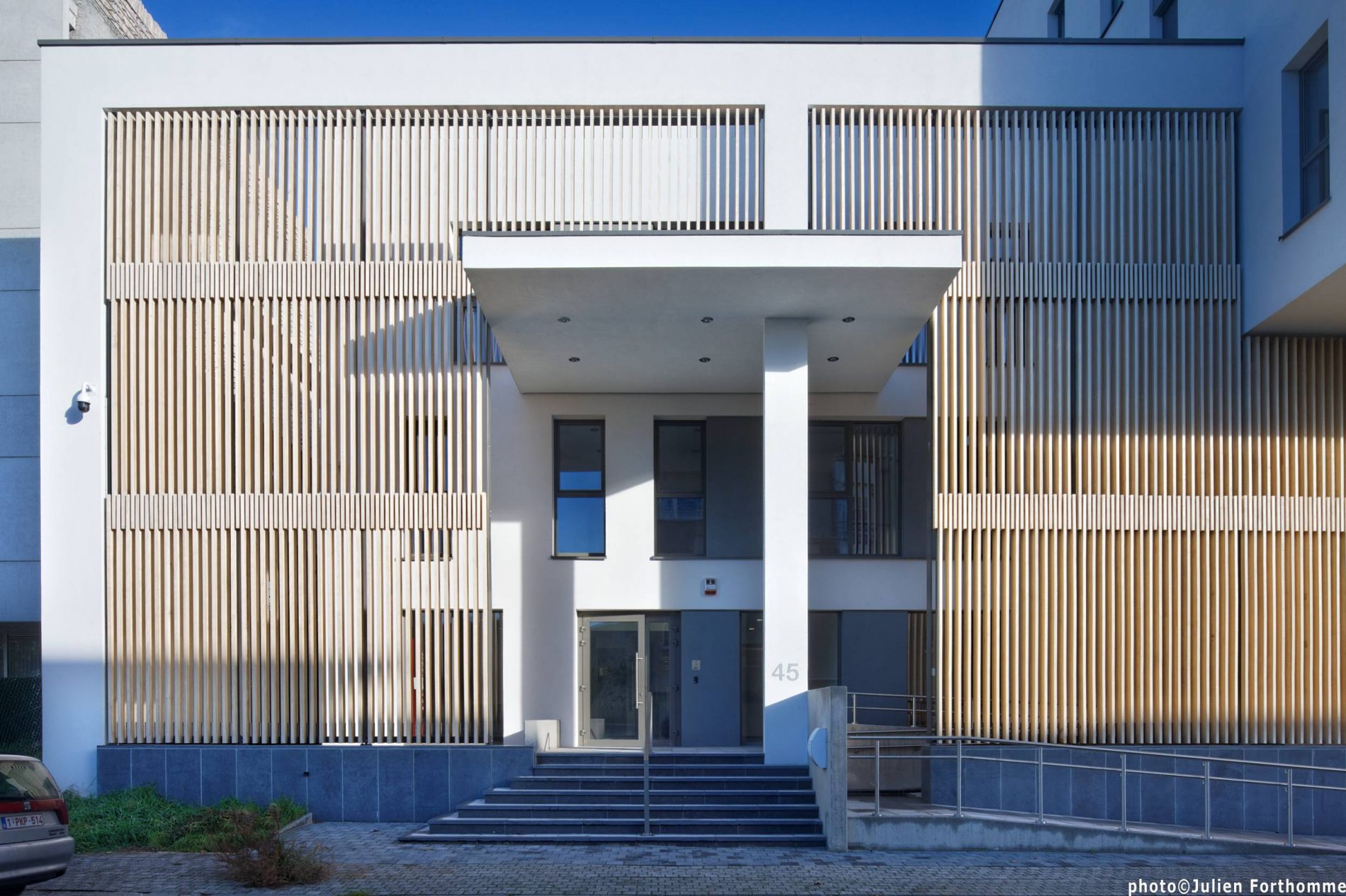 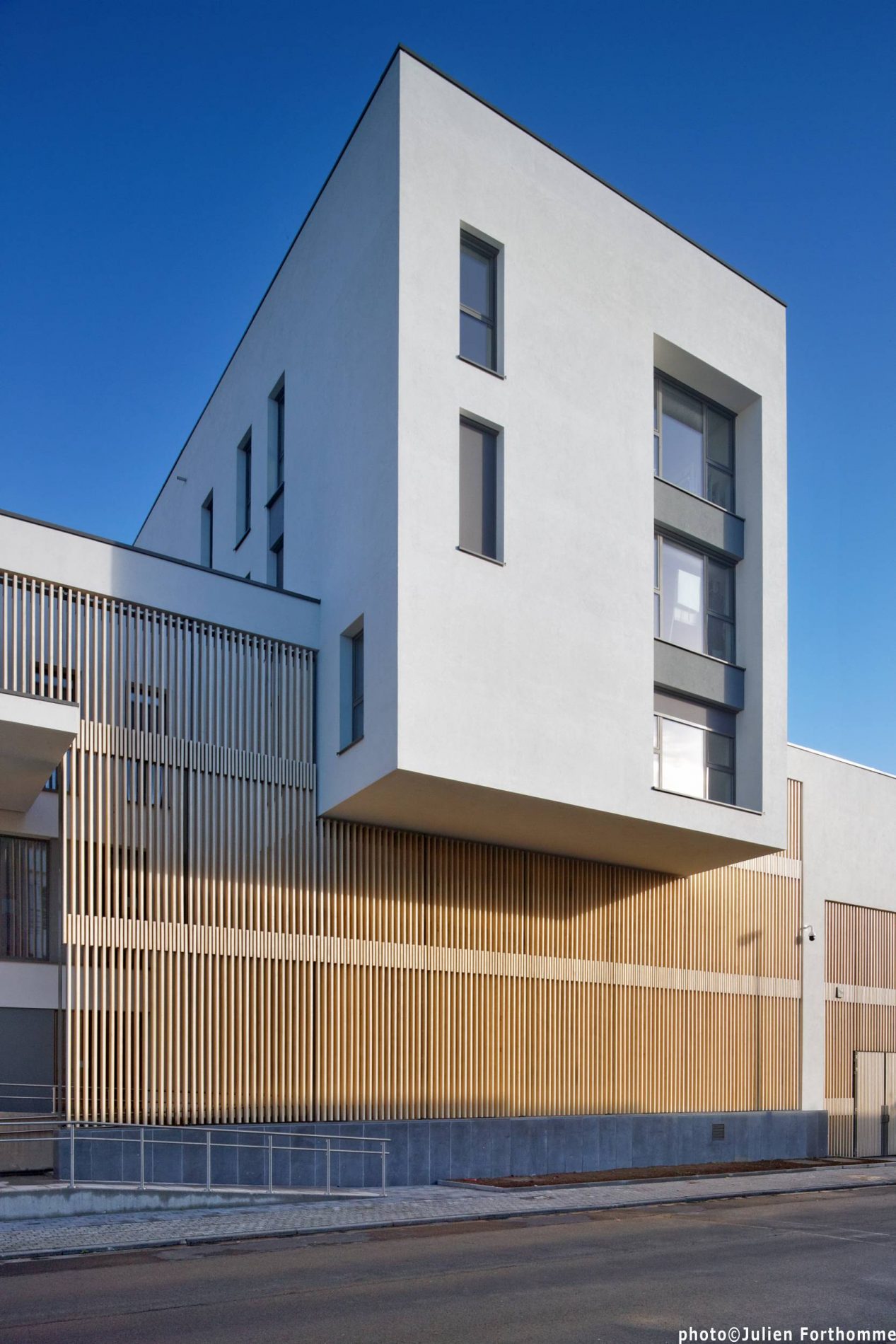 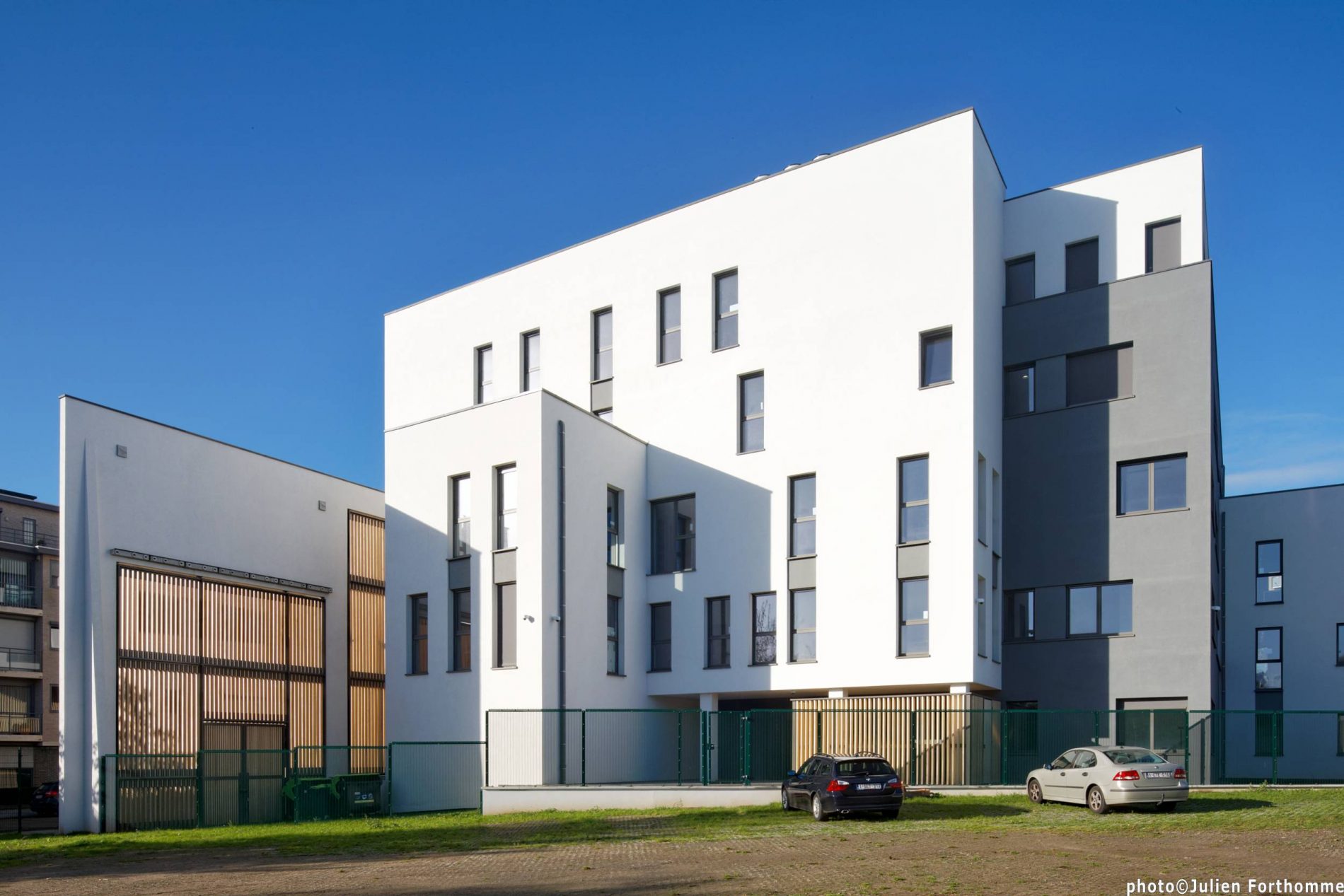 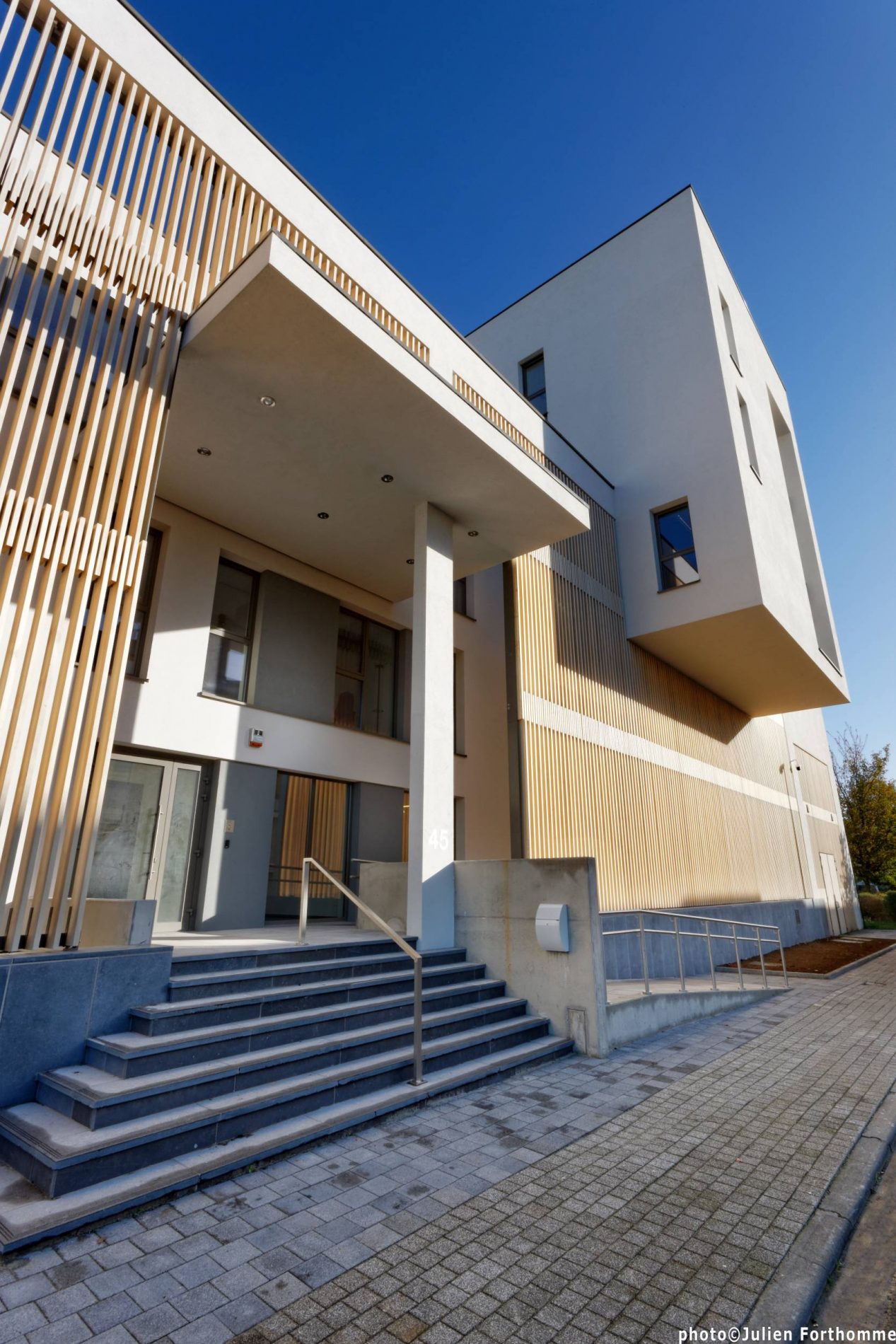 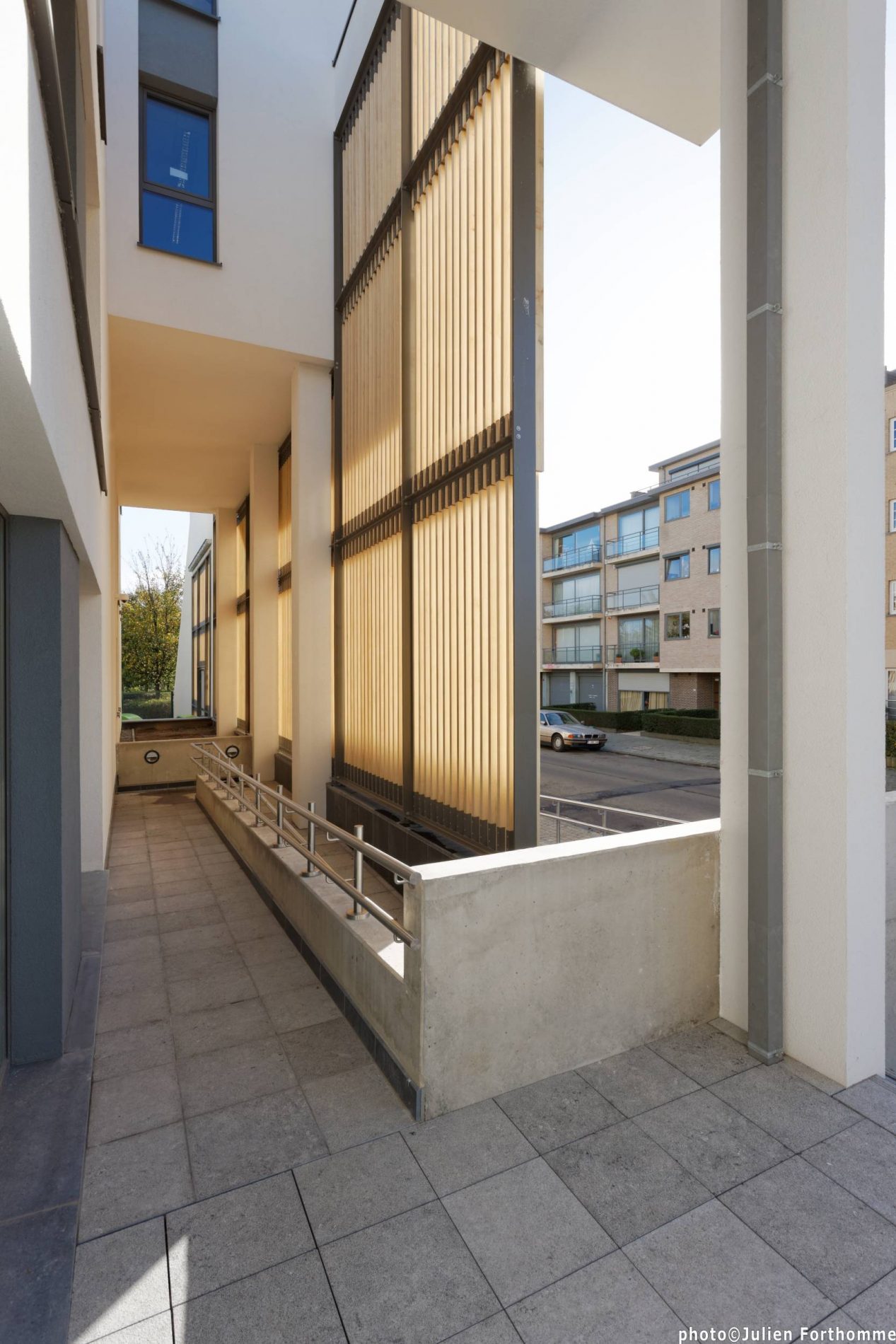 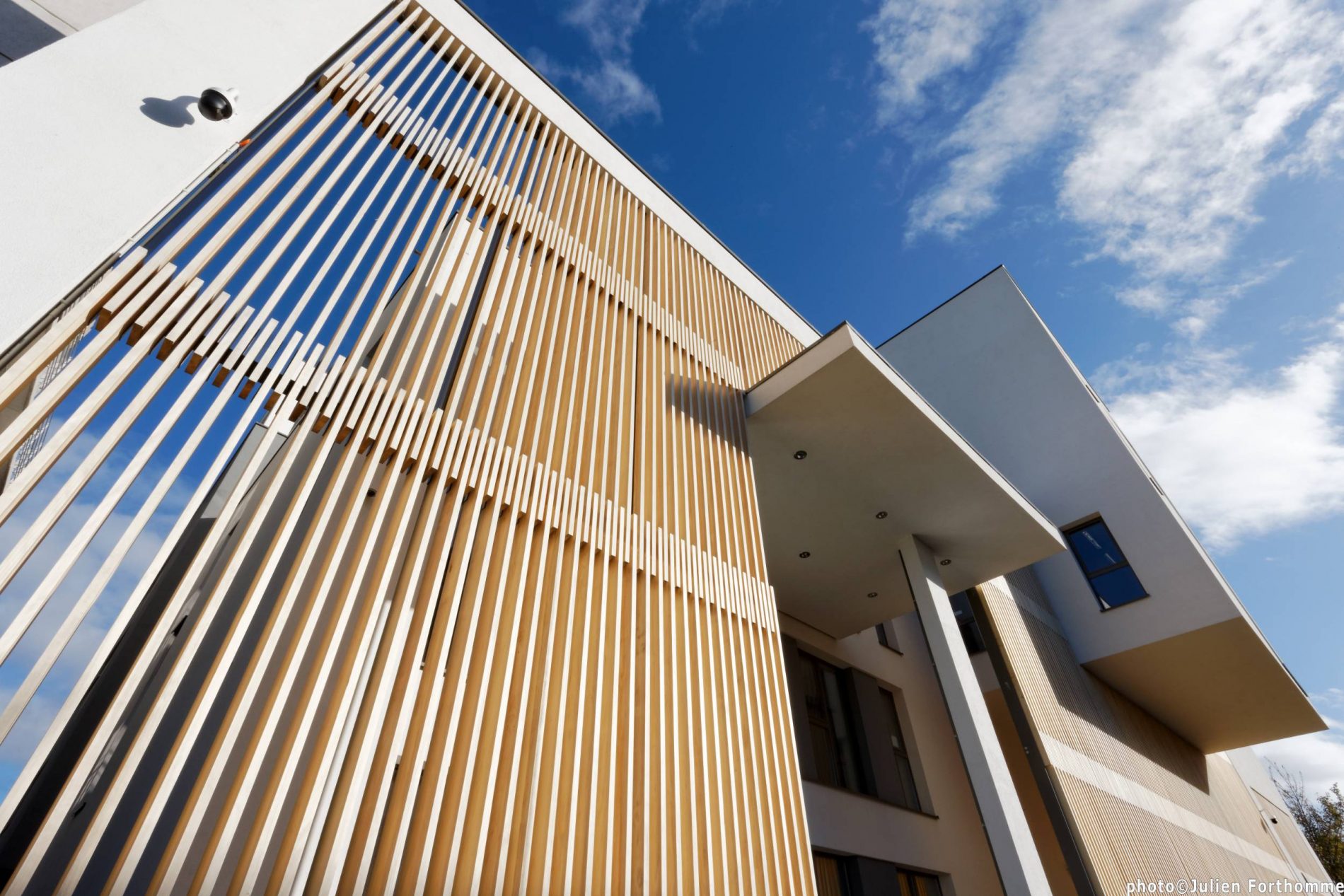 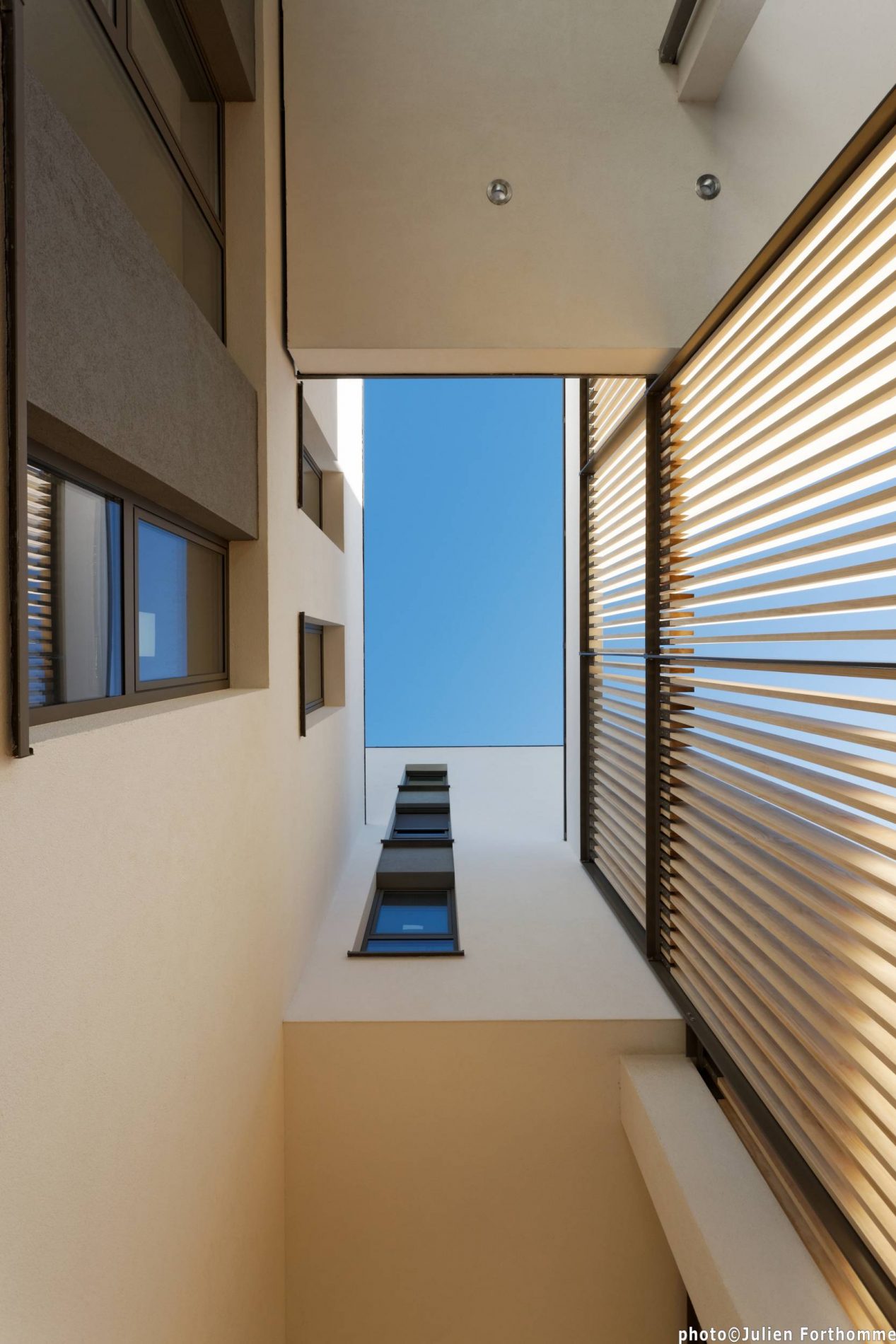 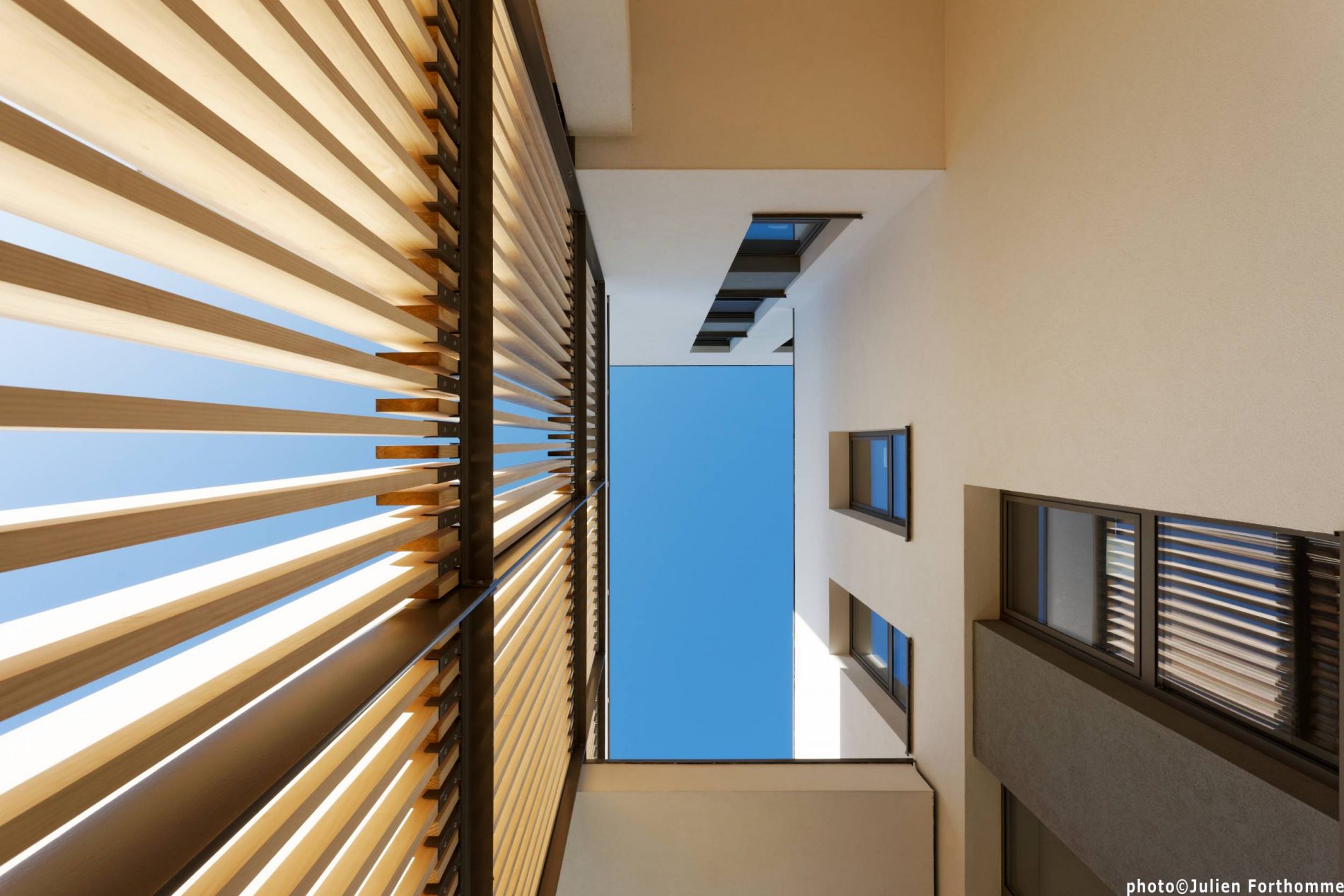 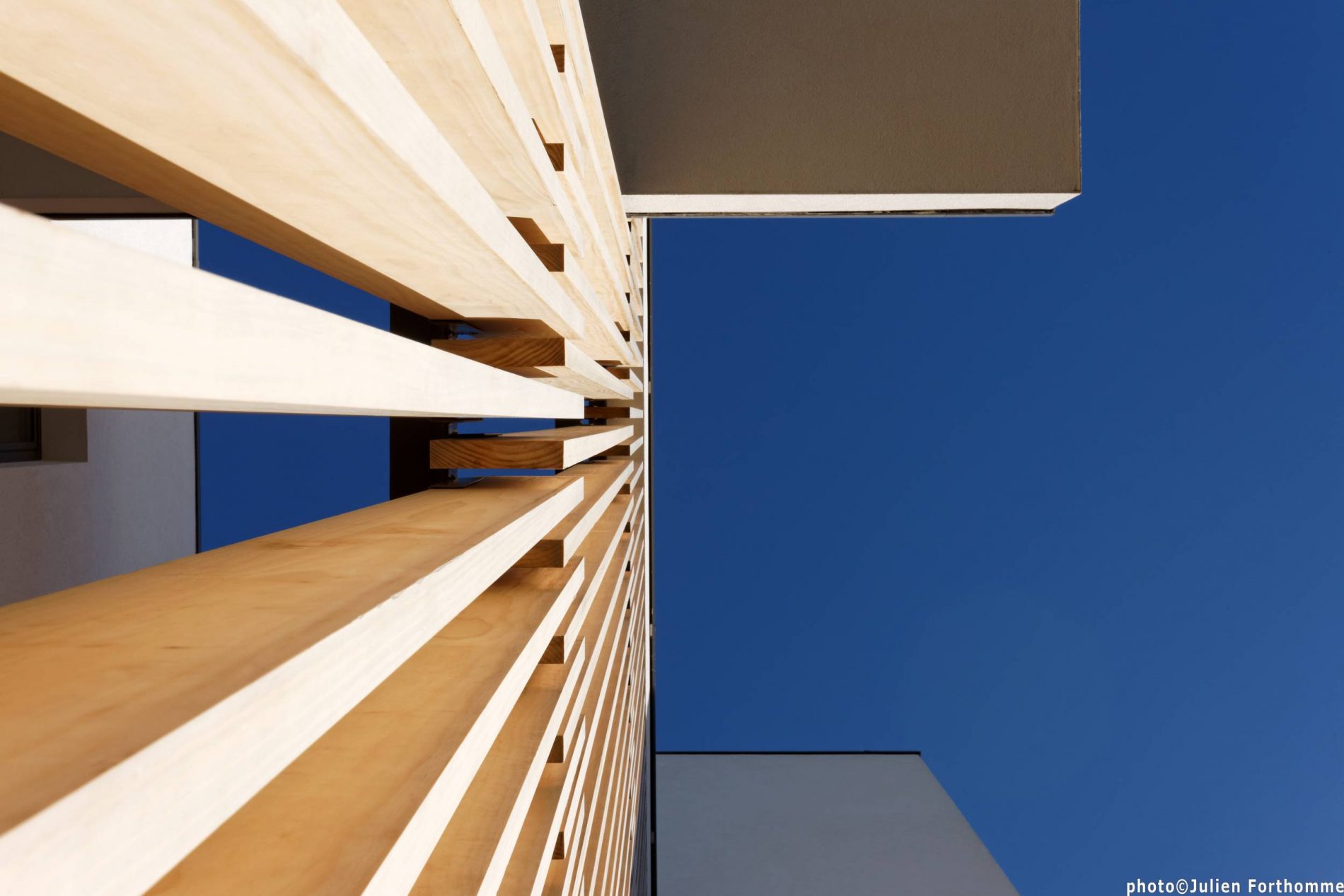 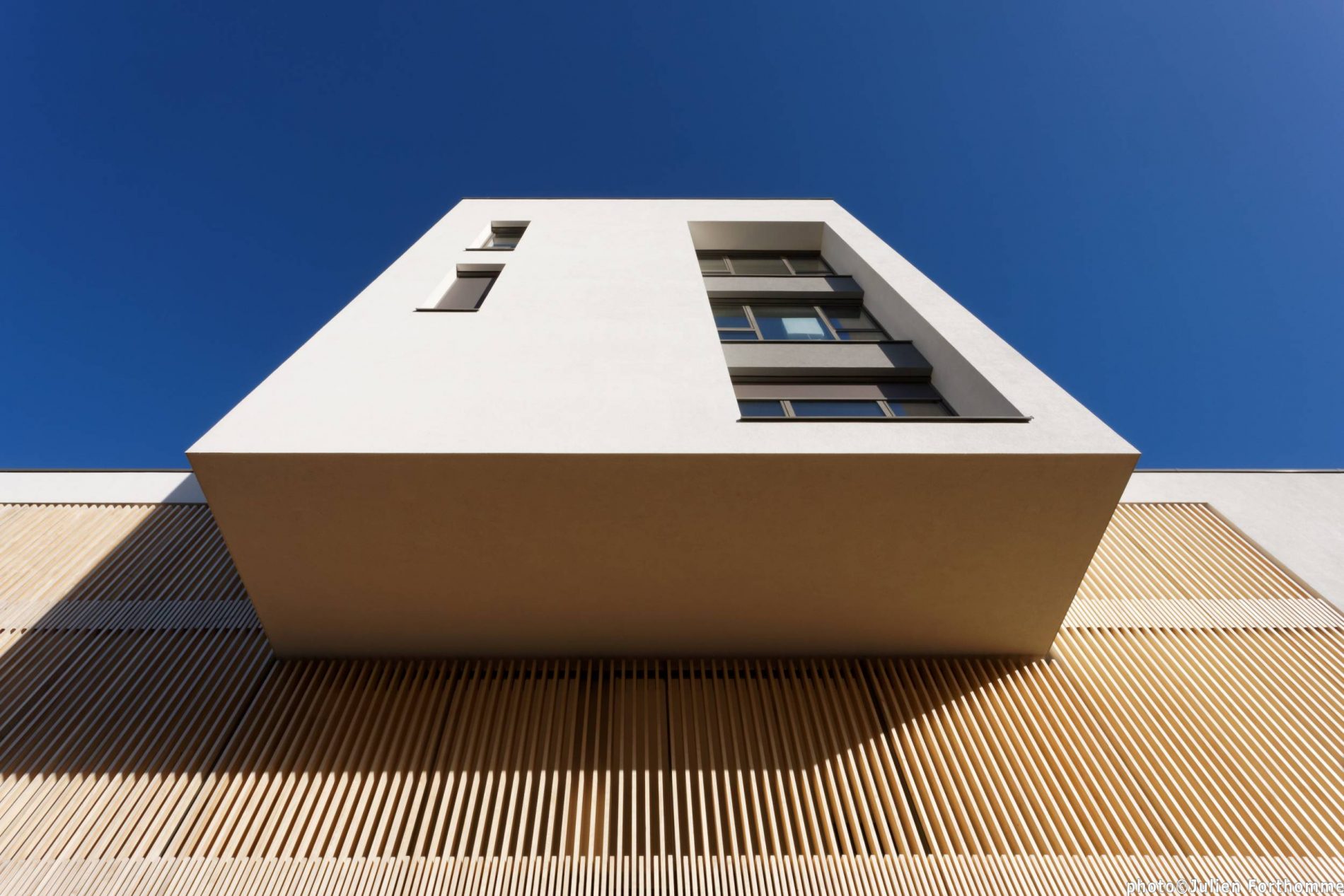 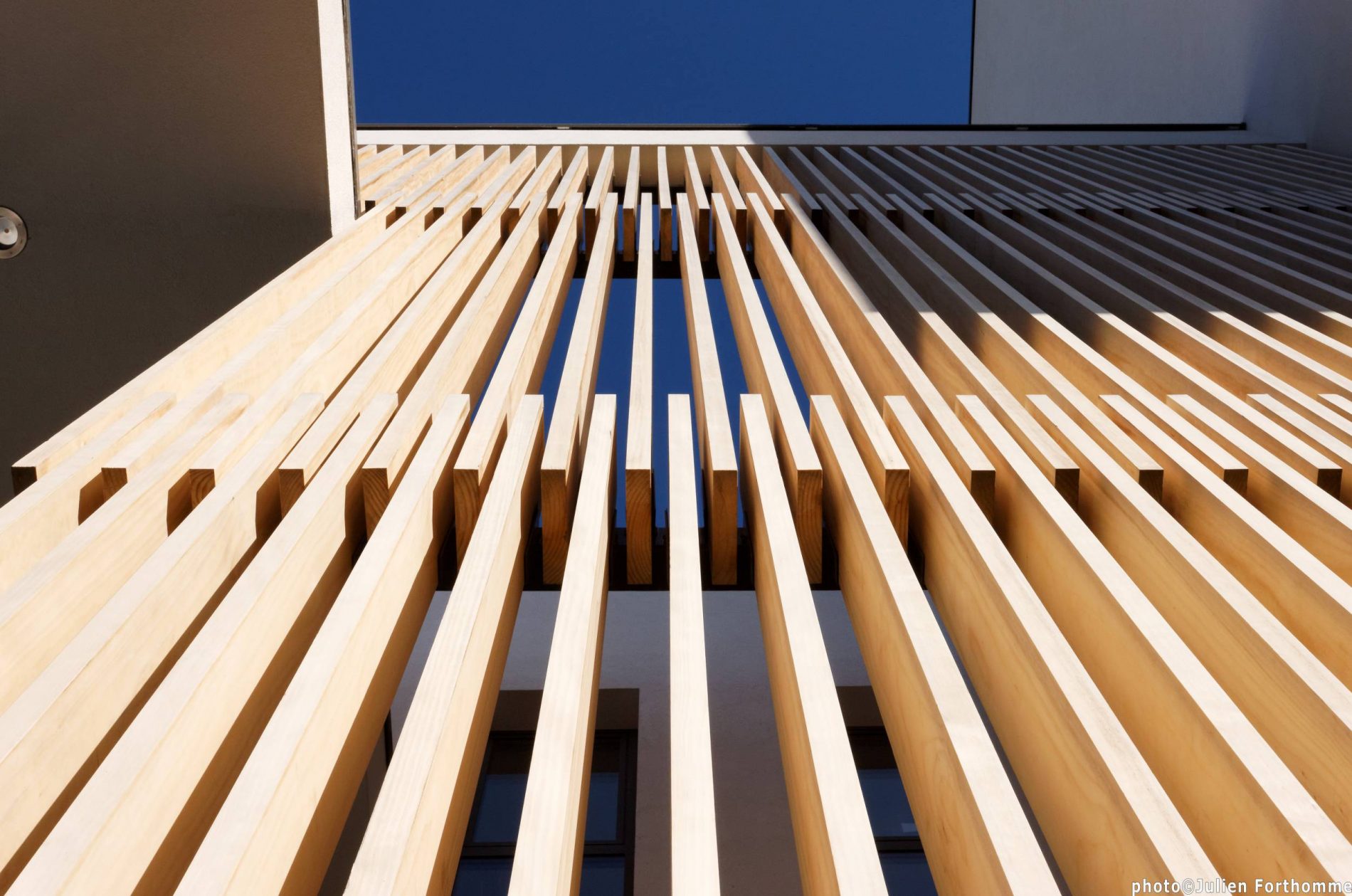 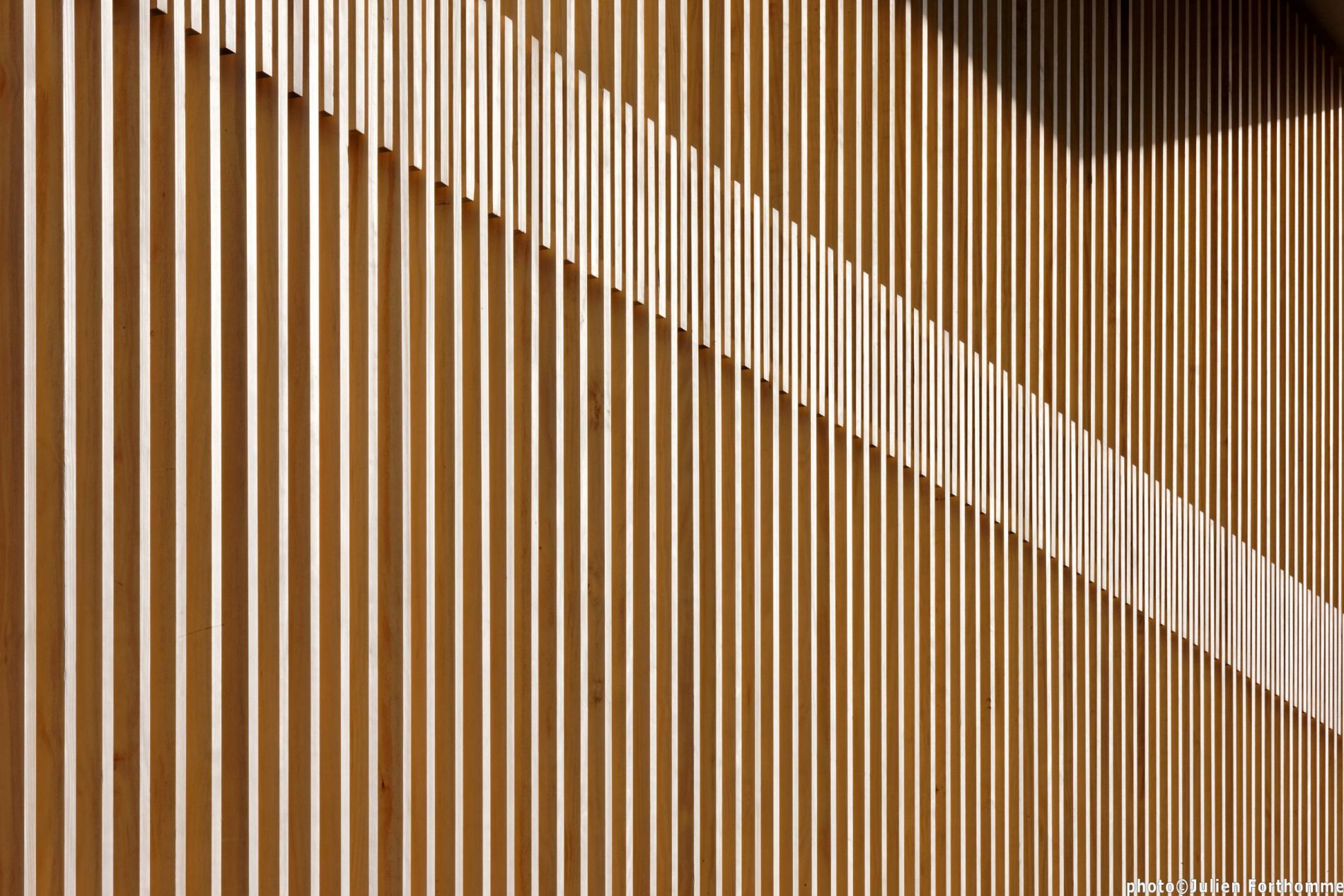 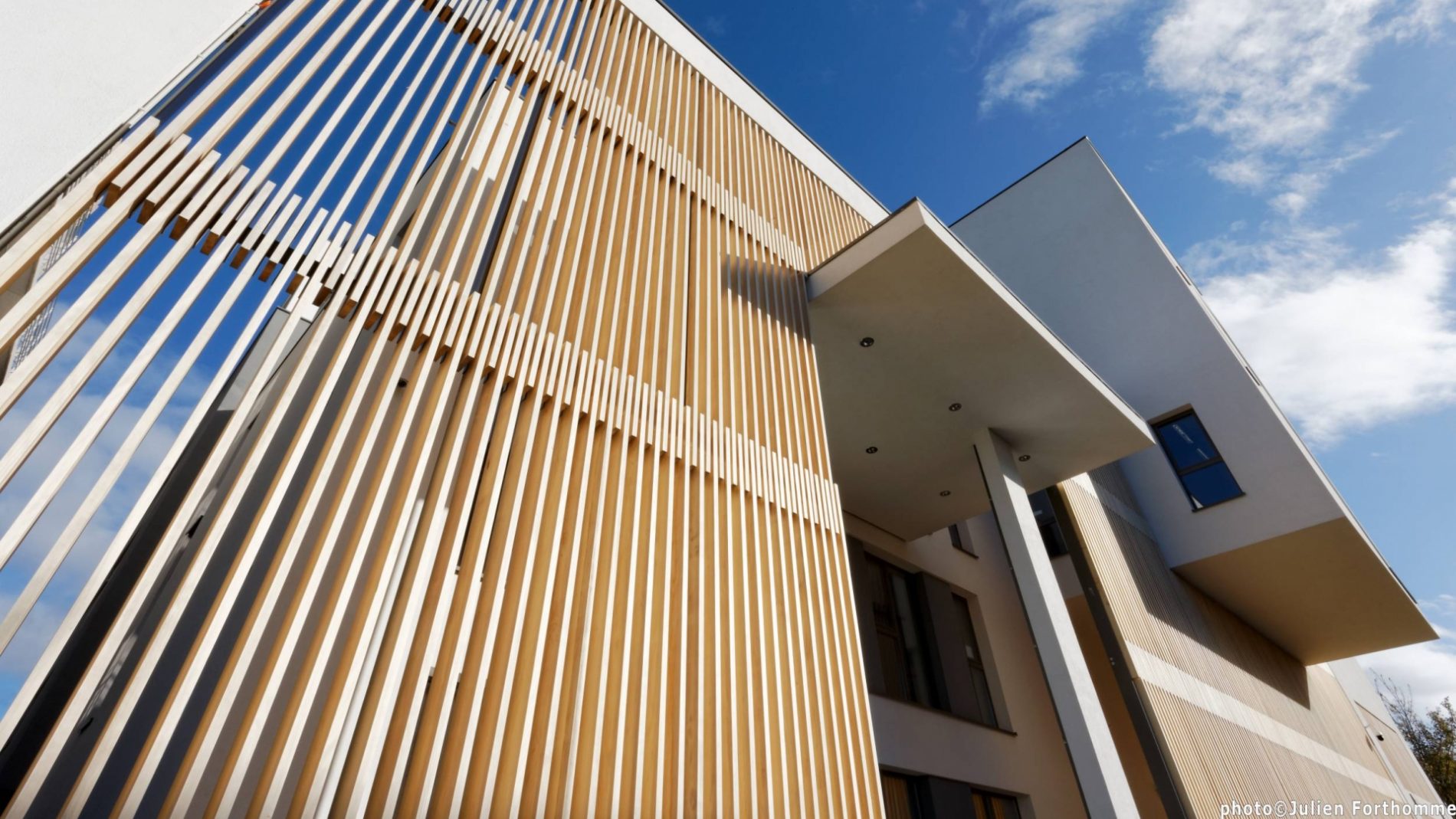 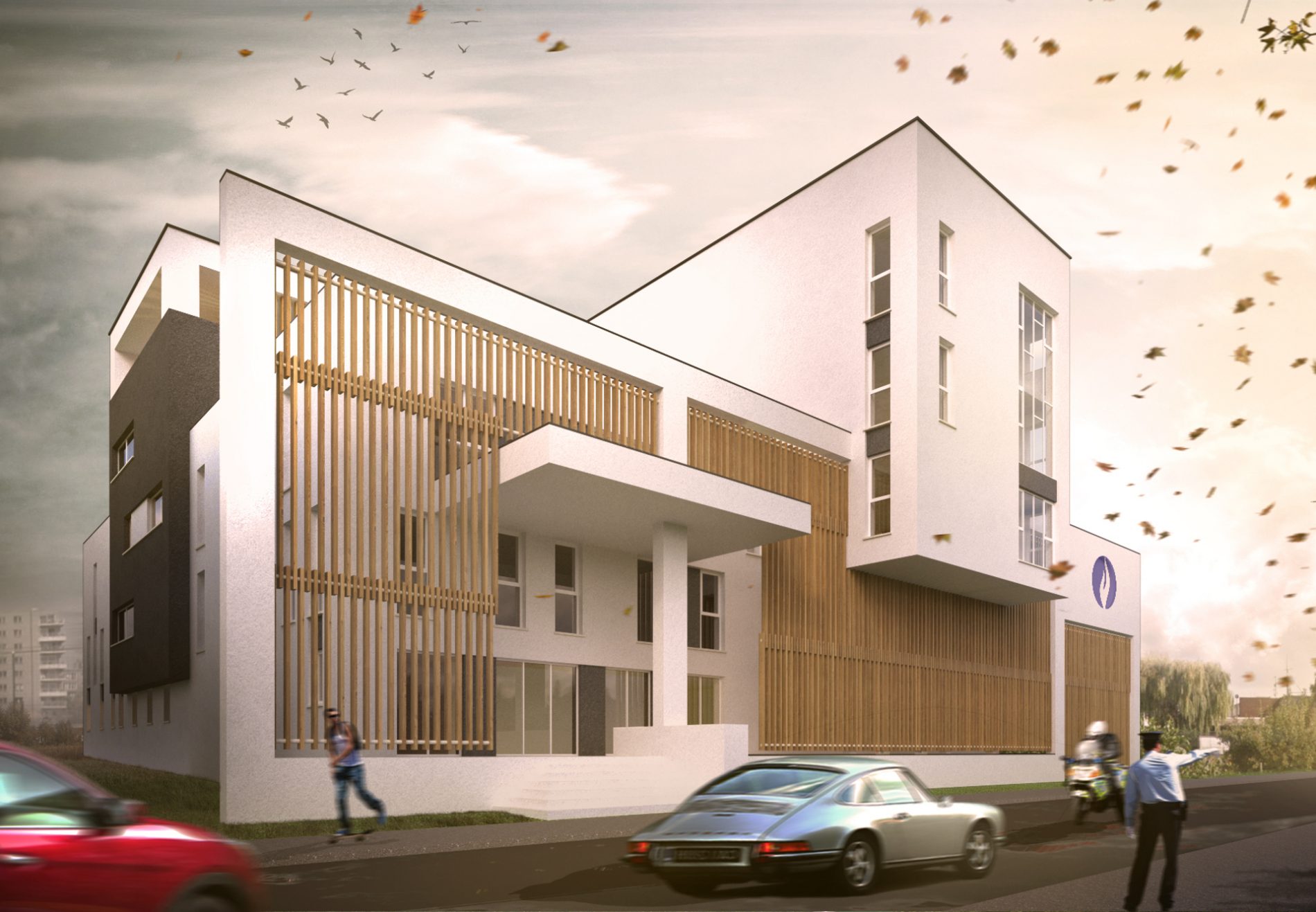 the design of this project is made to maximize the safety aspect, the interest was to offering the best comfort, by the integration of a central patio as breathing space 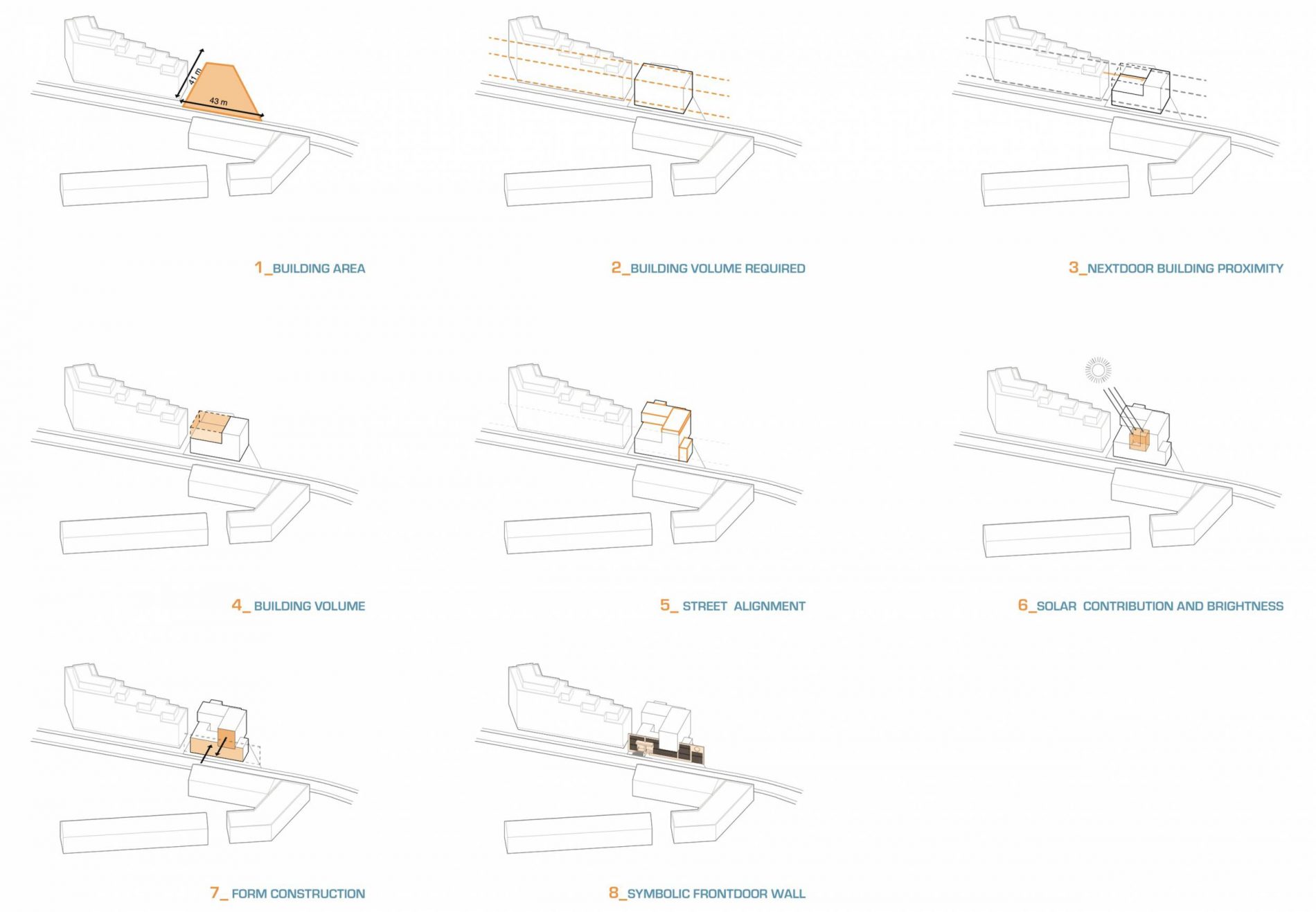 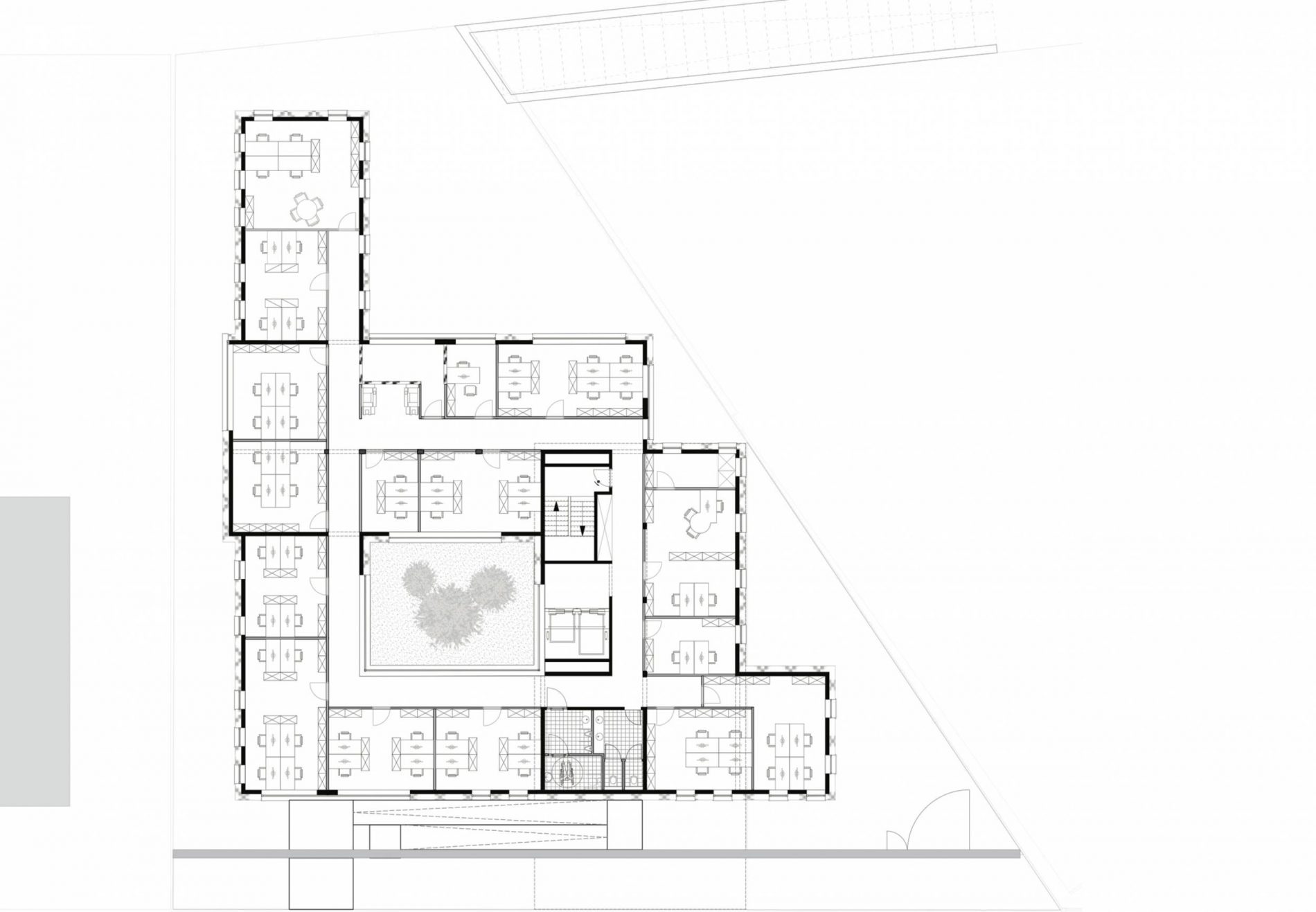 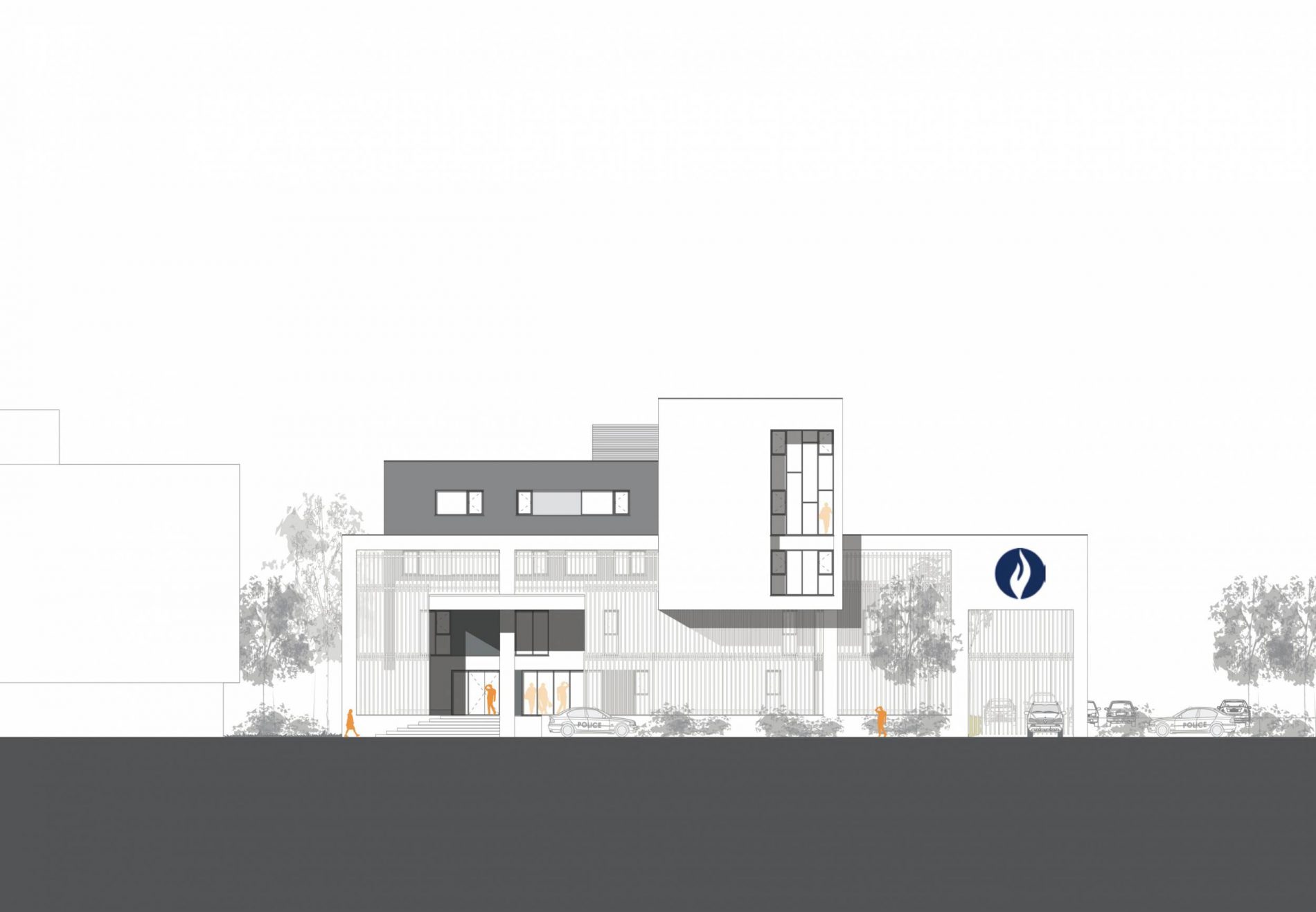 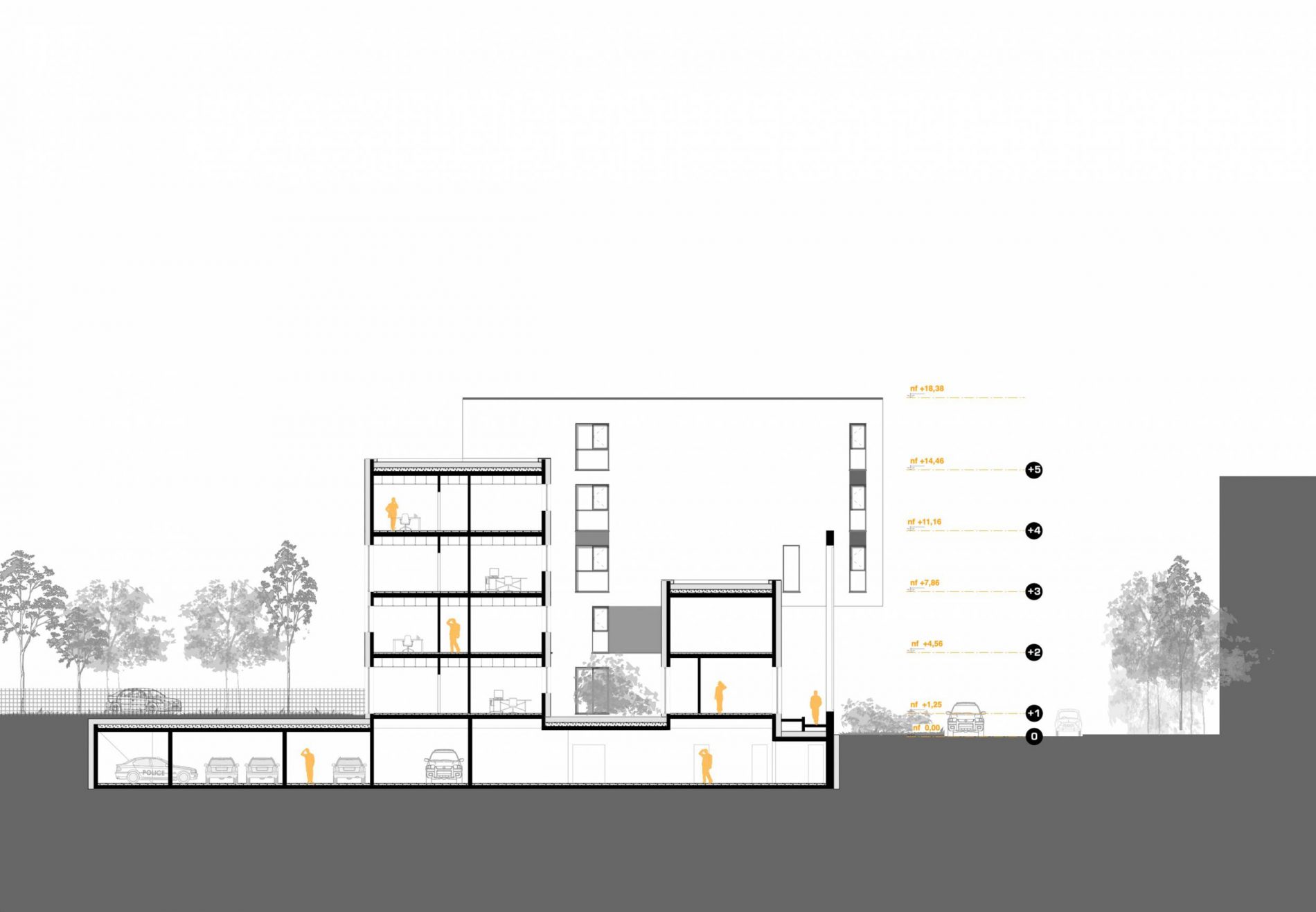