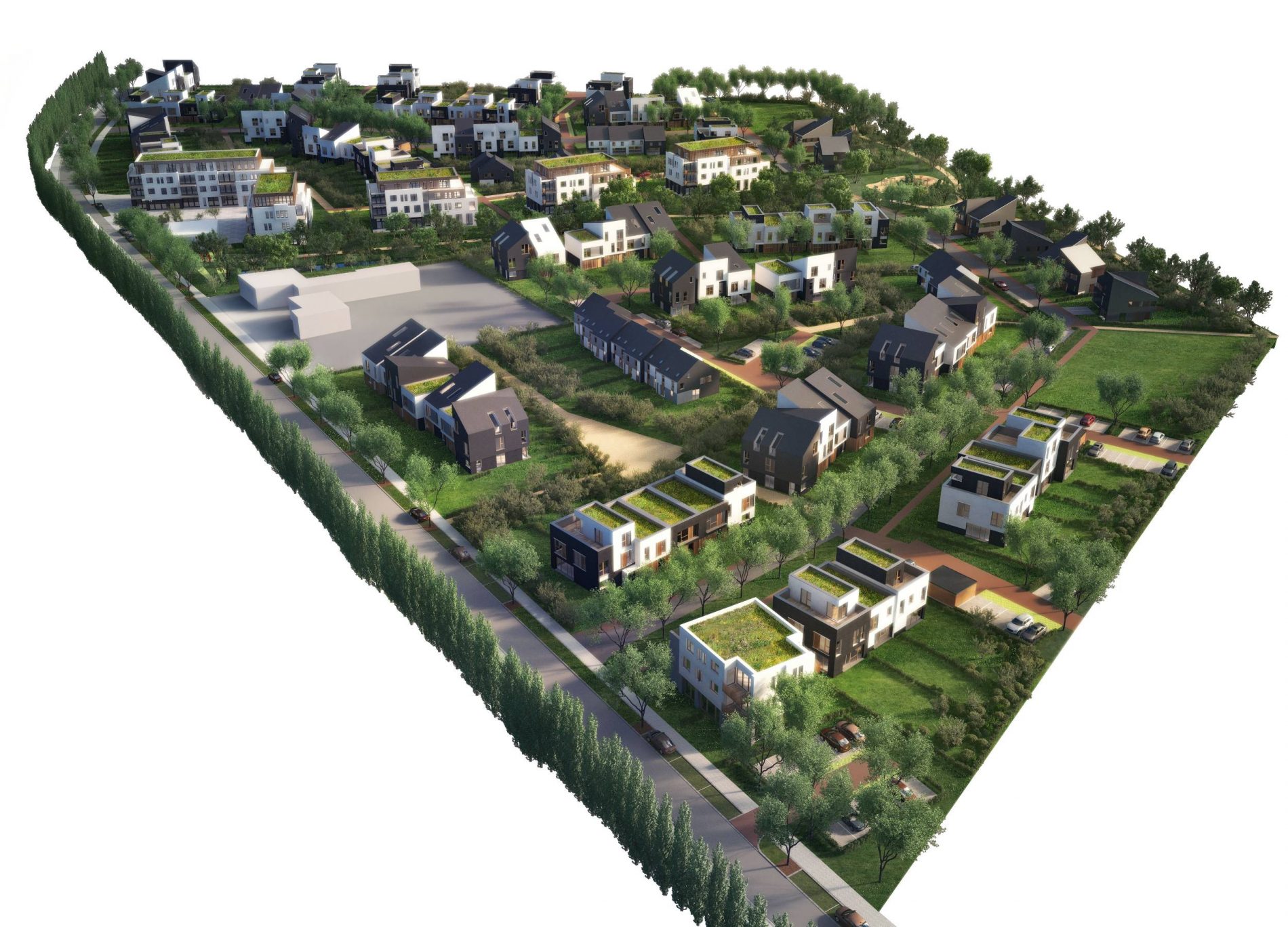 A fundamental aspect of eco-districts, all confused literature, is the density of the habitat to organize there and the subsequent mixing of functions.

Choosing a density of 32 dwellings per hectare in a structure similar habitat villagers, mostly single family, except that the focal point is the central square and the Green Belt, is a challenge in the field presented.

It is through an innovative approach that this density target is met by giving more room to the habitat and the pedestrian rather than car. This new lifestyle offered to future inhabitants will involve the adoption of voluntary rules, because declared in a « charter of eco-district ». This approach will be a real source of identification and ownership of the neighborhood by its new inhabitants.

In the same philosophy, it is not to impose a single architecture that would be impacted by the time the whole neighborhood. The street as successive licenses must allow for the evolution of any architectural language throughout the implementation of the project, according to the preferences of buyers and throughout future renovations.

Addressing urban structure involves a comprehensive reflection taking into account the environment in the broadest sense, existing and future users, their needs and their relationship with the environment.

These crucial elements structuring the urban approach generate reflection on several interrelated levels. Anchoring the territory to develop, formerly agricultural history in motion, a distant past agricultural and industrial, to a twenty-first century urbanization leads us to highlight the inhabitants of the new district:

Its will build its identity from :

– The place, with its intrinsic characteristics (eco-district).

– Its history, which it seems essential to keep the trace, - and connecting to a new centrality Genappe materialize progressively implementing management tools to its territory. This cross has inspired and motivated our team to present this project, the fruit of long rallies, intense reflection and enrichment competitive dialogue.

-Creating a central green space: Green Corridor, pedestrian and recreational area, which extends from the prairie of Chapel ND de Foy, creates a rift in the landscape project continues beyond rue Pavé St-Joseph for increasing up to to the Director Park, Ravel to and from the center and from the basins of the Sucrerie (reserve).

– Structuring soft internal roads to the site as draining to the Green Corridor and creation of comfortable pedestrian routes, around and through the site.

– Through the Green corridor, creation of a safe pedestrian-cycle path from the prairie of Chapel ND de Foy to the center of Genappe.

The organization of settlements is based on a desire to offer the different type of life depending on where one is, declining to habitat suitable for all the needs of the target population 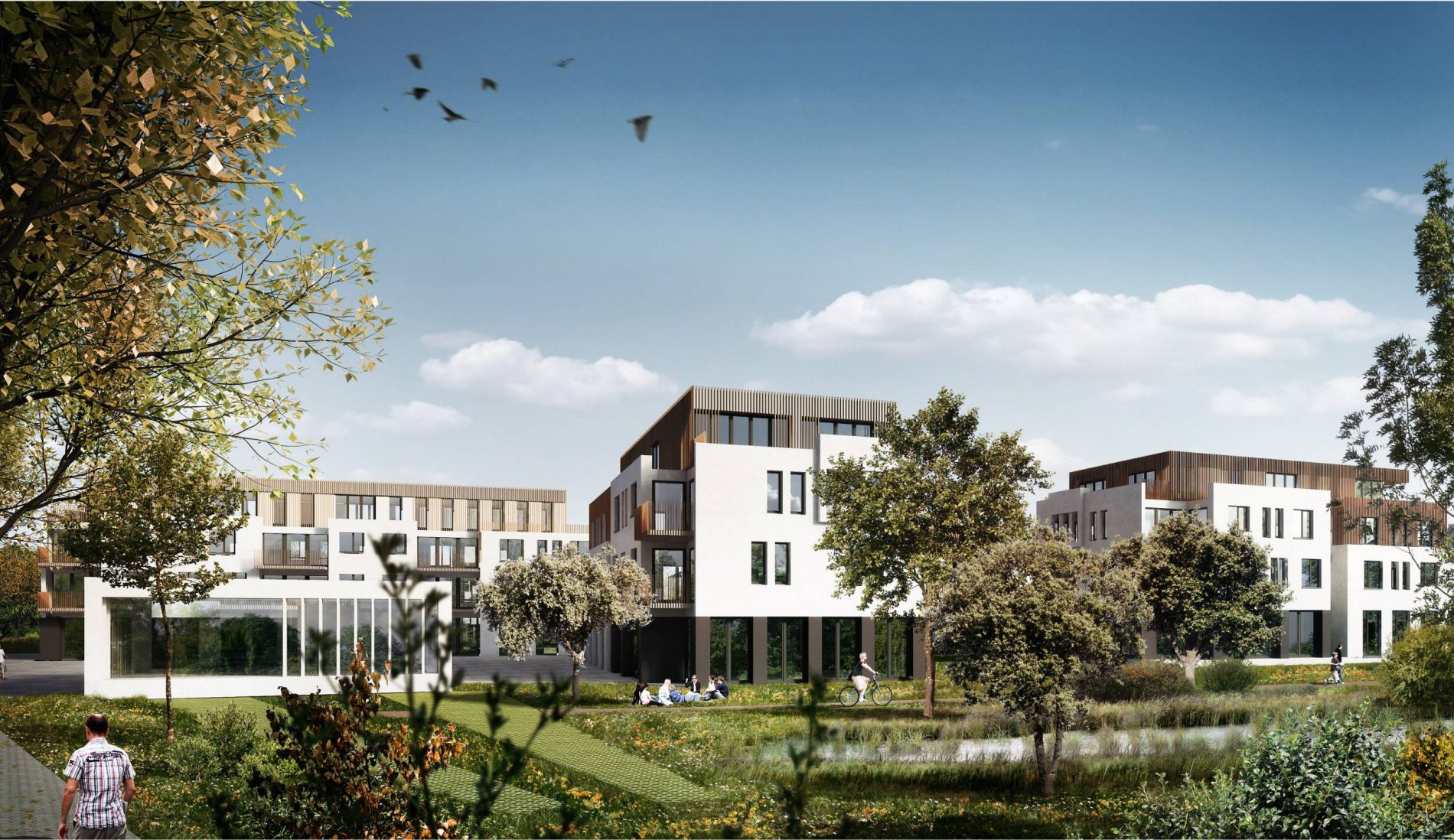 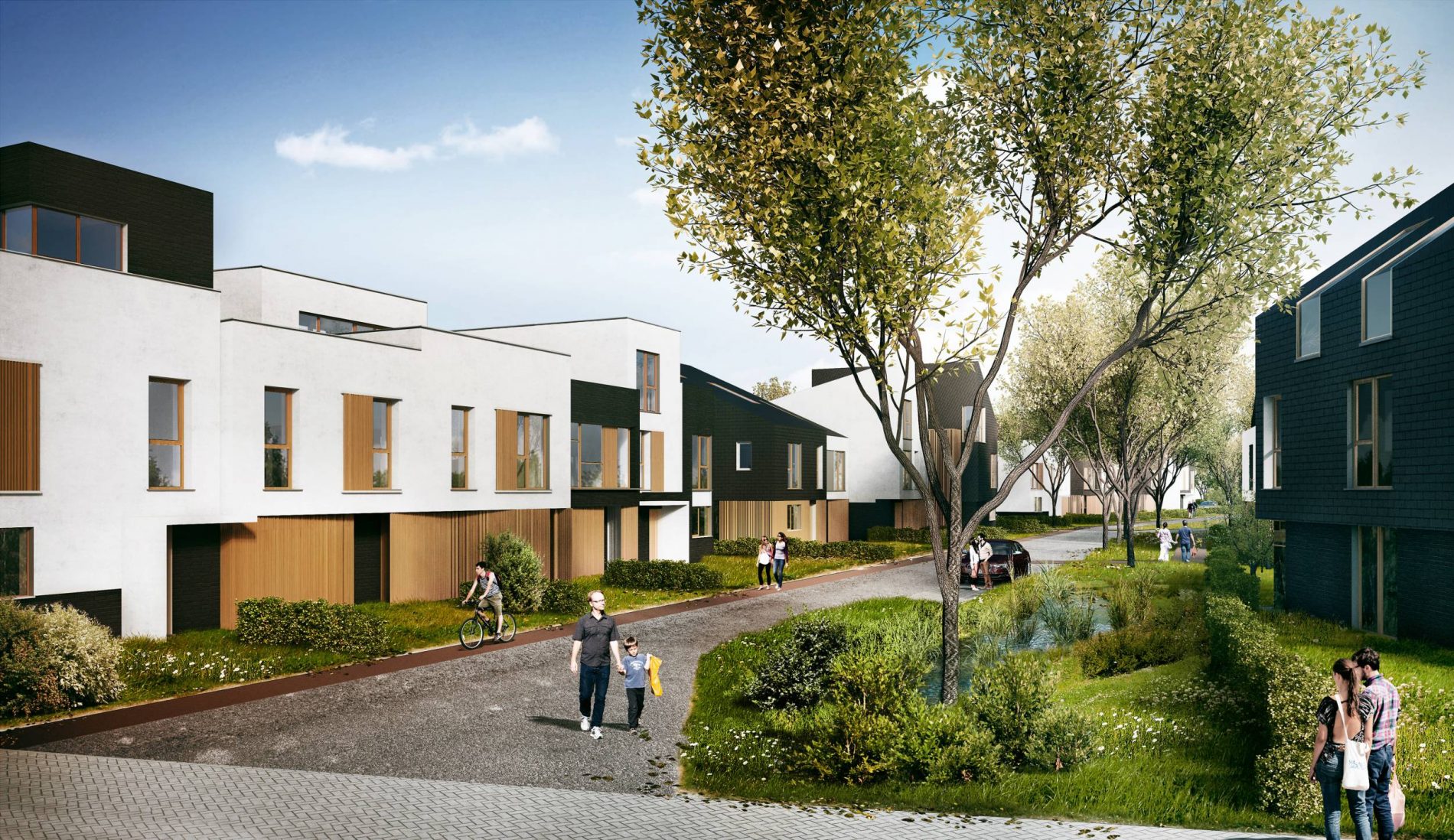 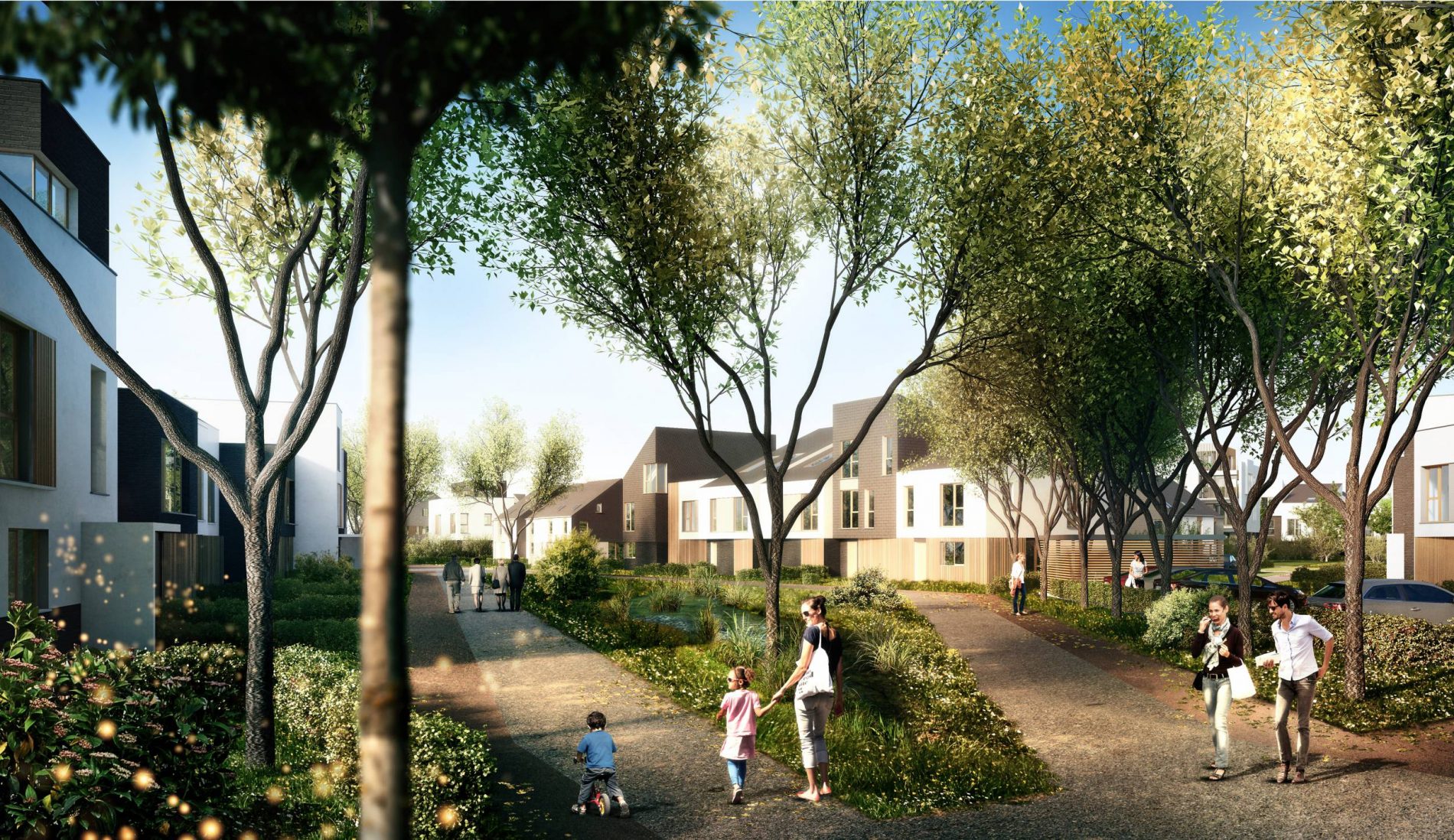 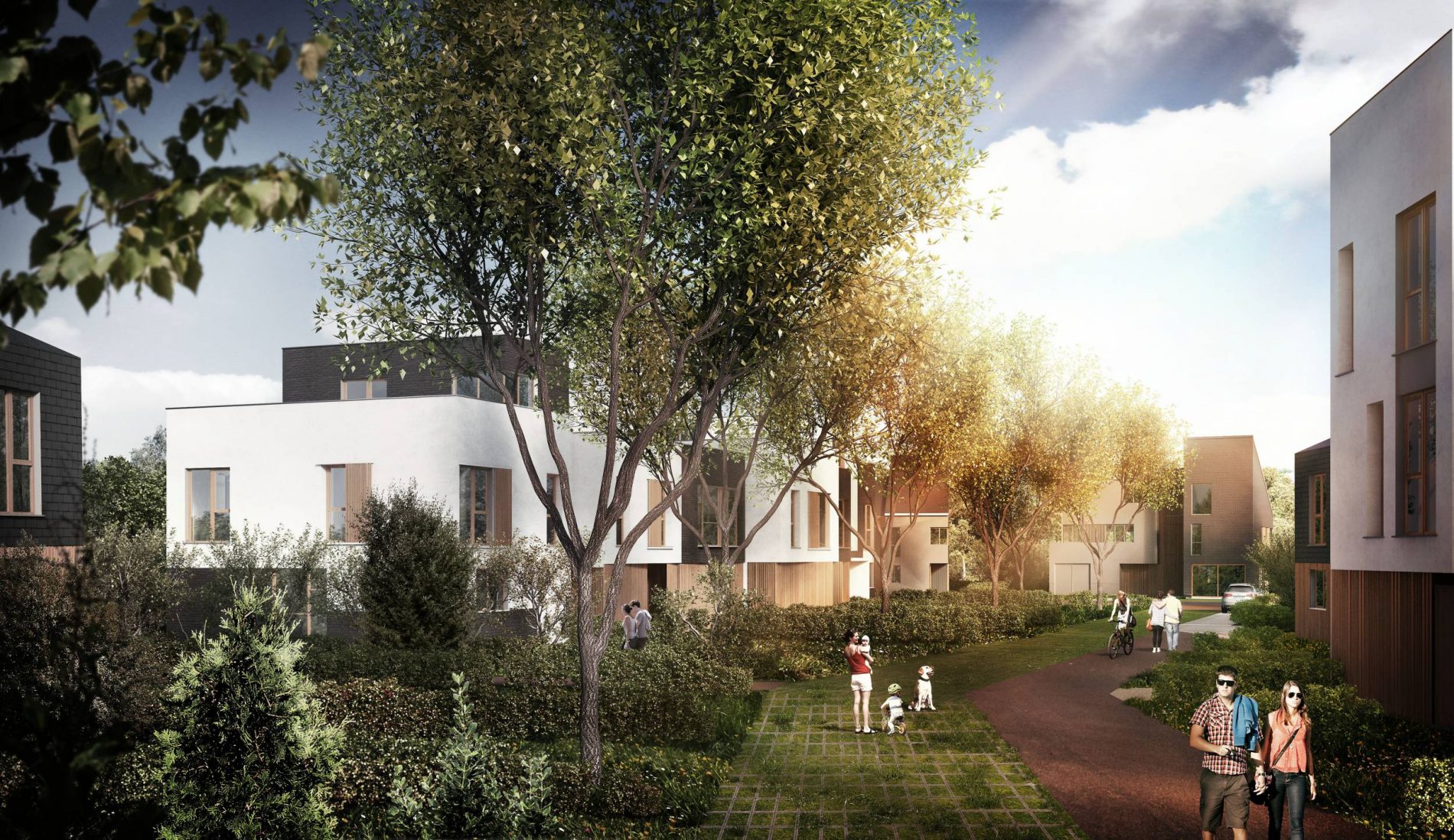 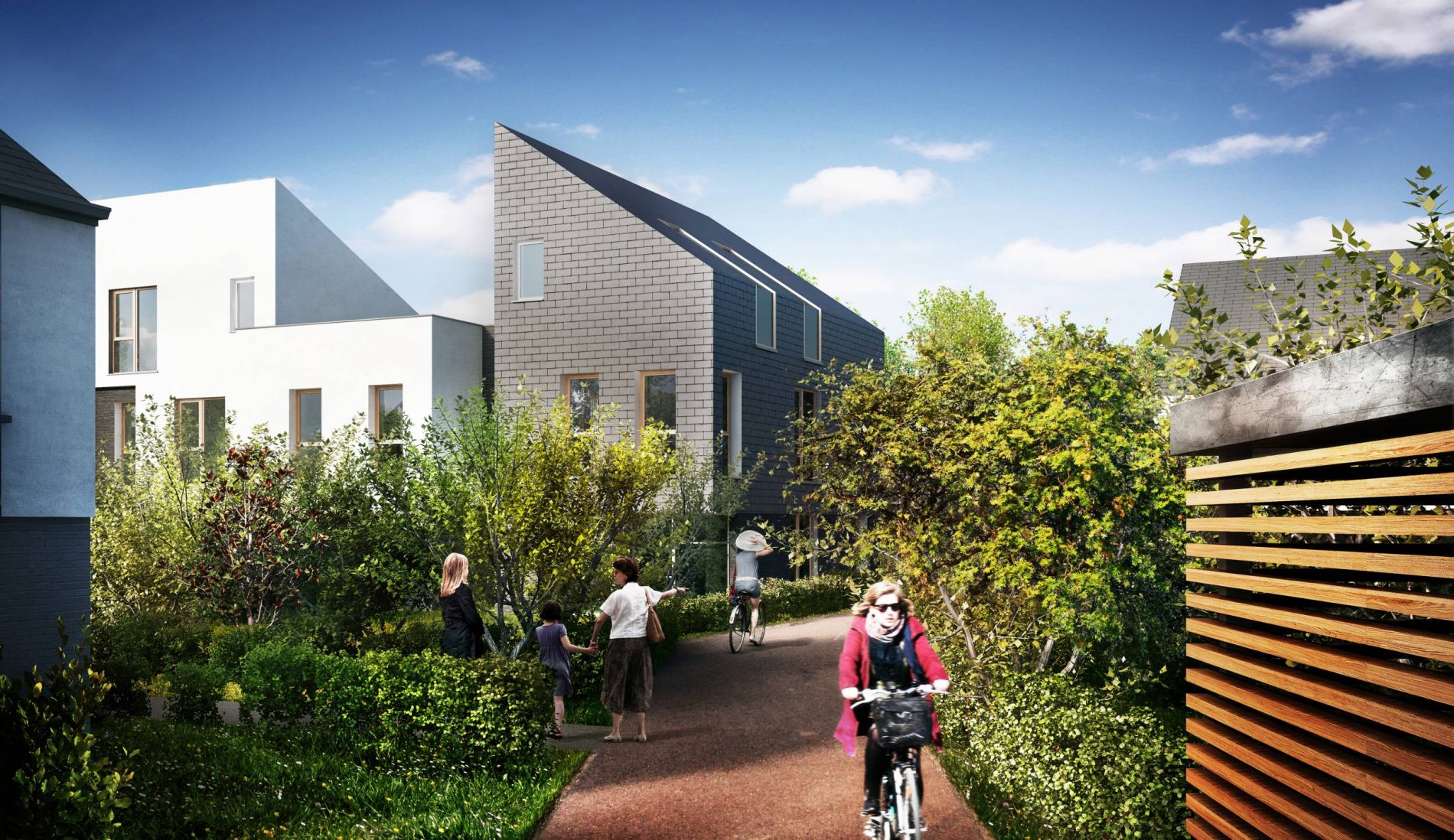