BAEB was recently awarded first prize in the competition for a reorganization of the former Bomel slaughterhouse area in Namur (Belgium). 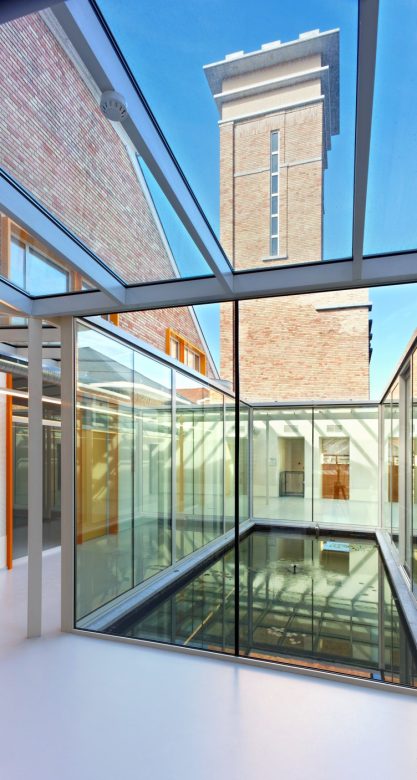 The former Bomel slaughterhouse is now part of a cultural area with an extensive history and an exceptional character in a comic strip museum shall be to visit, a public park and another older house for a future occupation. In the existing buildings, which will be renovated, the project offers the development of a cultural spot. The larger of the two buildings will welcome the centre of expression and creativity of the regional cultural centre of Namur, artist studios, a comic strip museum, and a restaurant. The other one will be the comic strip museum.

Simplicity and elegance are the connecting thread, by specific interventions on a small scale, valuing the existing heritage and minimizing the intervention. The outcome is an architectural approach that remains coherent, decreasing as much as possible the use of the resources during the construction process and reducing at the same time the cost of the intervention.

In this case of a project dedicated to the service of the district and of his occupants, it seems essential to base our study on a maximal reversibility of the building and a maximal autonomy of its functions.

That’s why, in the way of setting up the functions, we pay a particular attention to the fact that zones can be used in an autonomous way. However, it does not mean that the complex is opened and displayed to degradation, to squatting, to the useless energy consumptions, …

Slaughterhouses are so divided into five autonomous main areas:
–  The permanent studios space including all the workshops (dance, theatre, photo, music, plastic, digital arts, urban picture)
–  Residences of artists
– The space of socio-artistic creation including the reception, the exhibition and representation rooms
– The area “association of district “
– The “HORECA” area including the cafeteria and the restaurant. 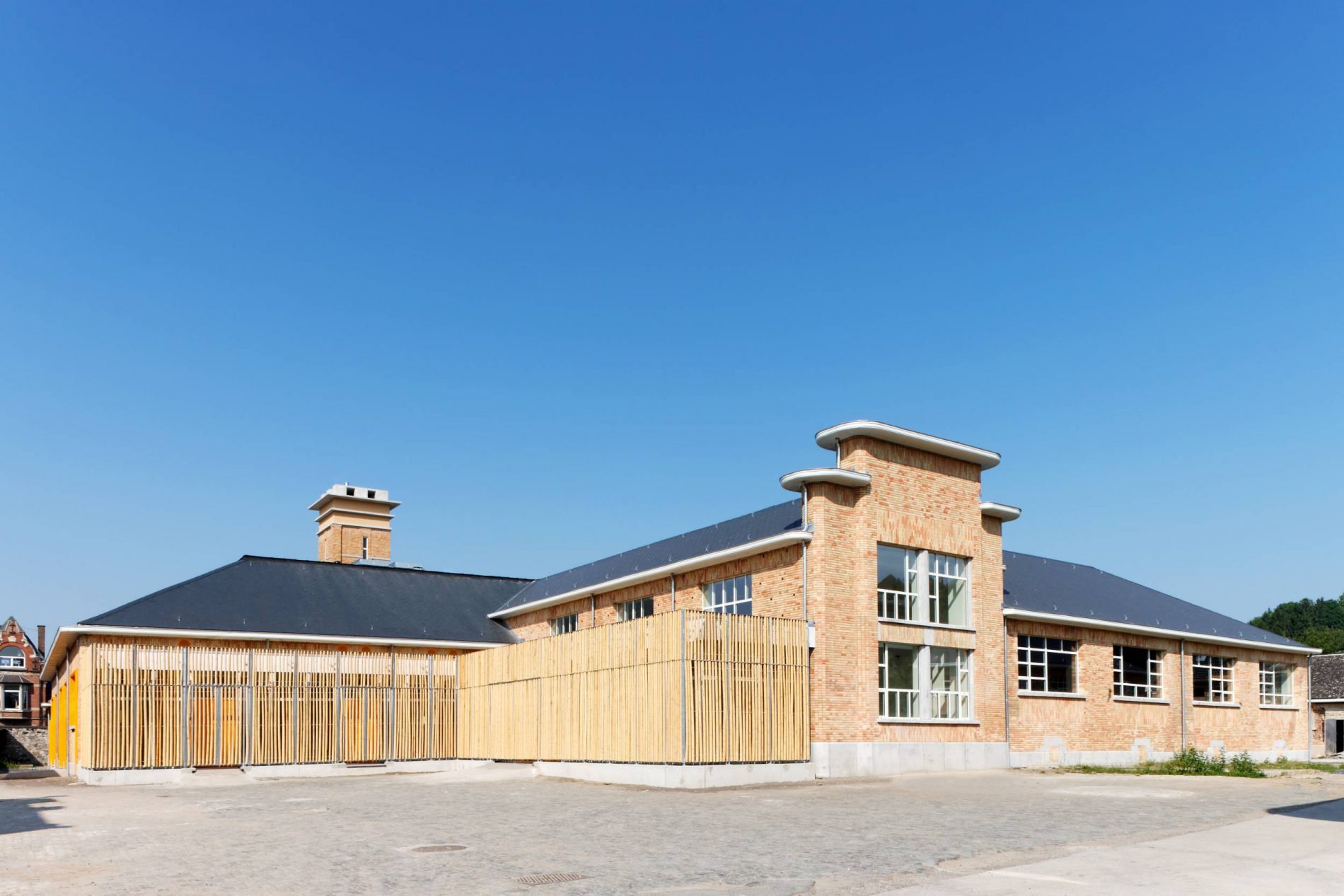 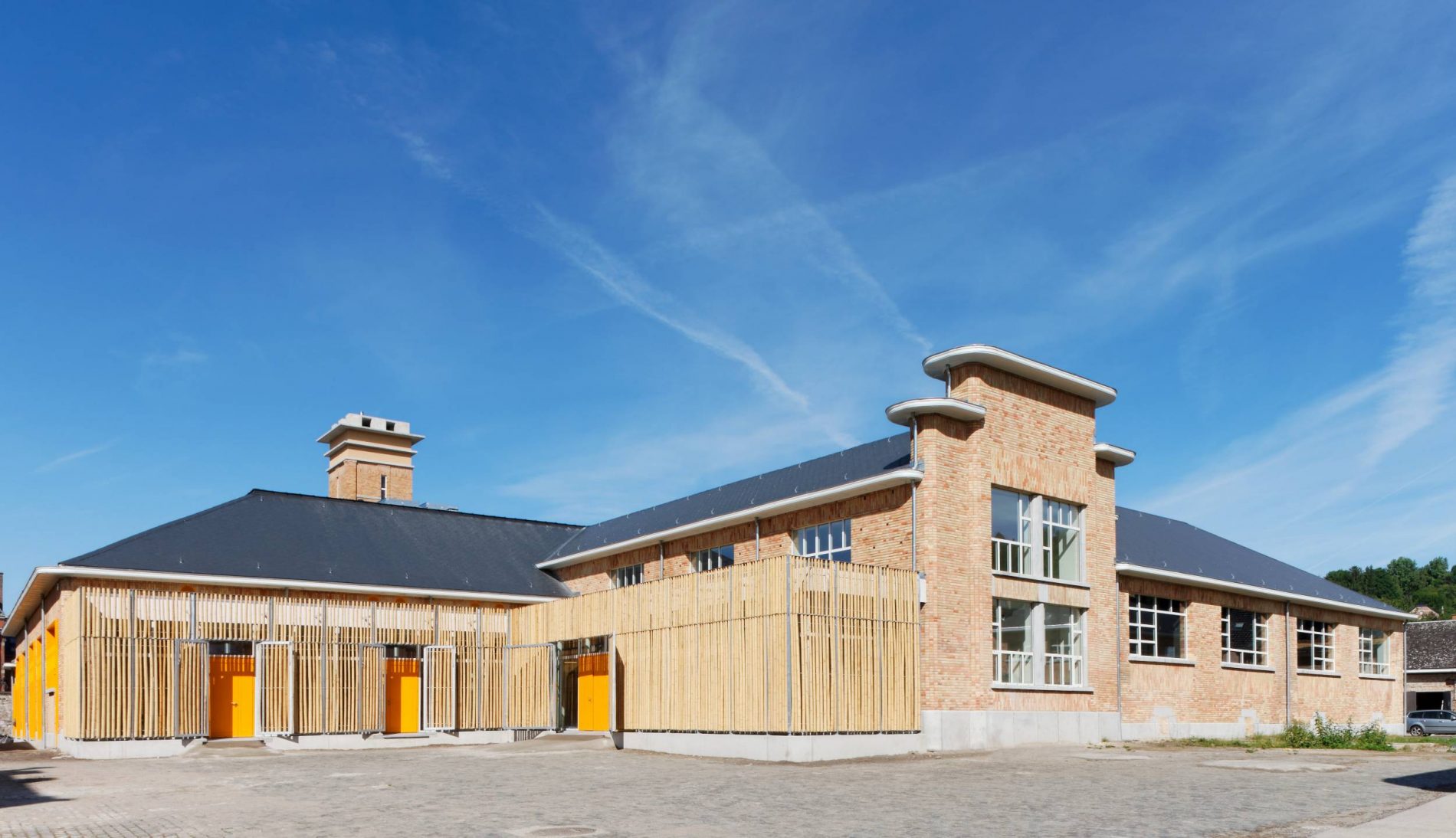 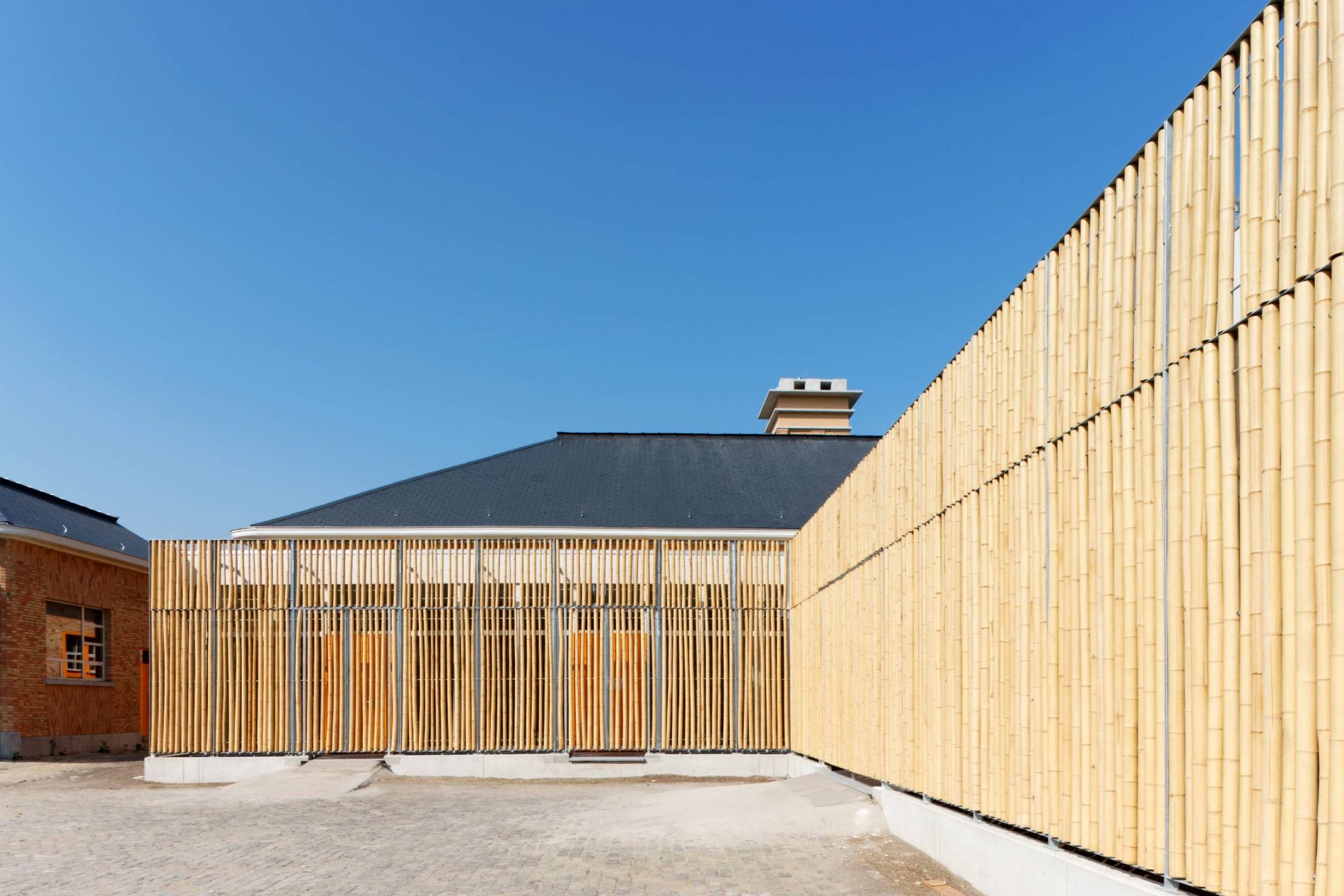 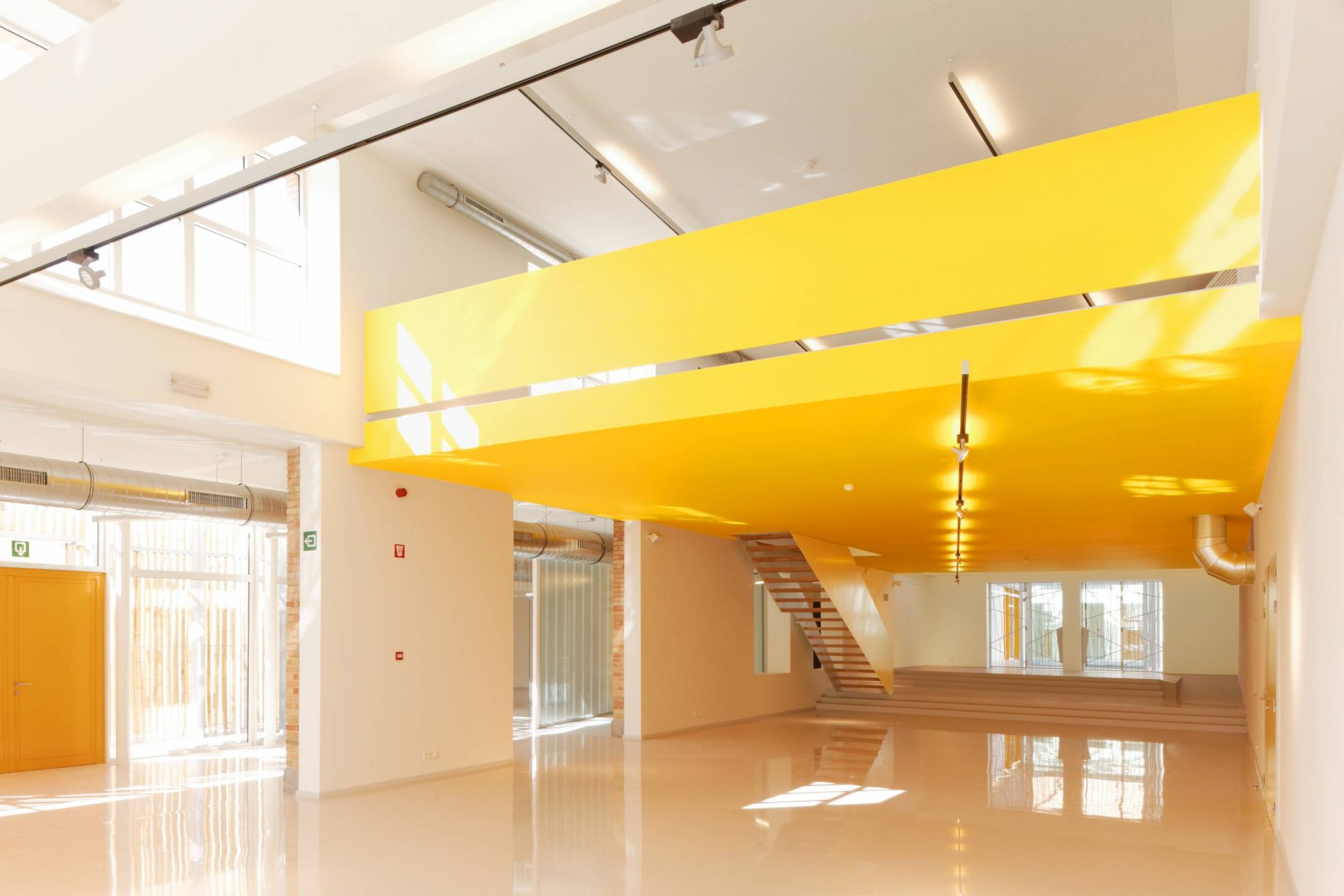 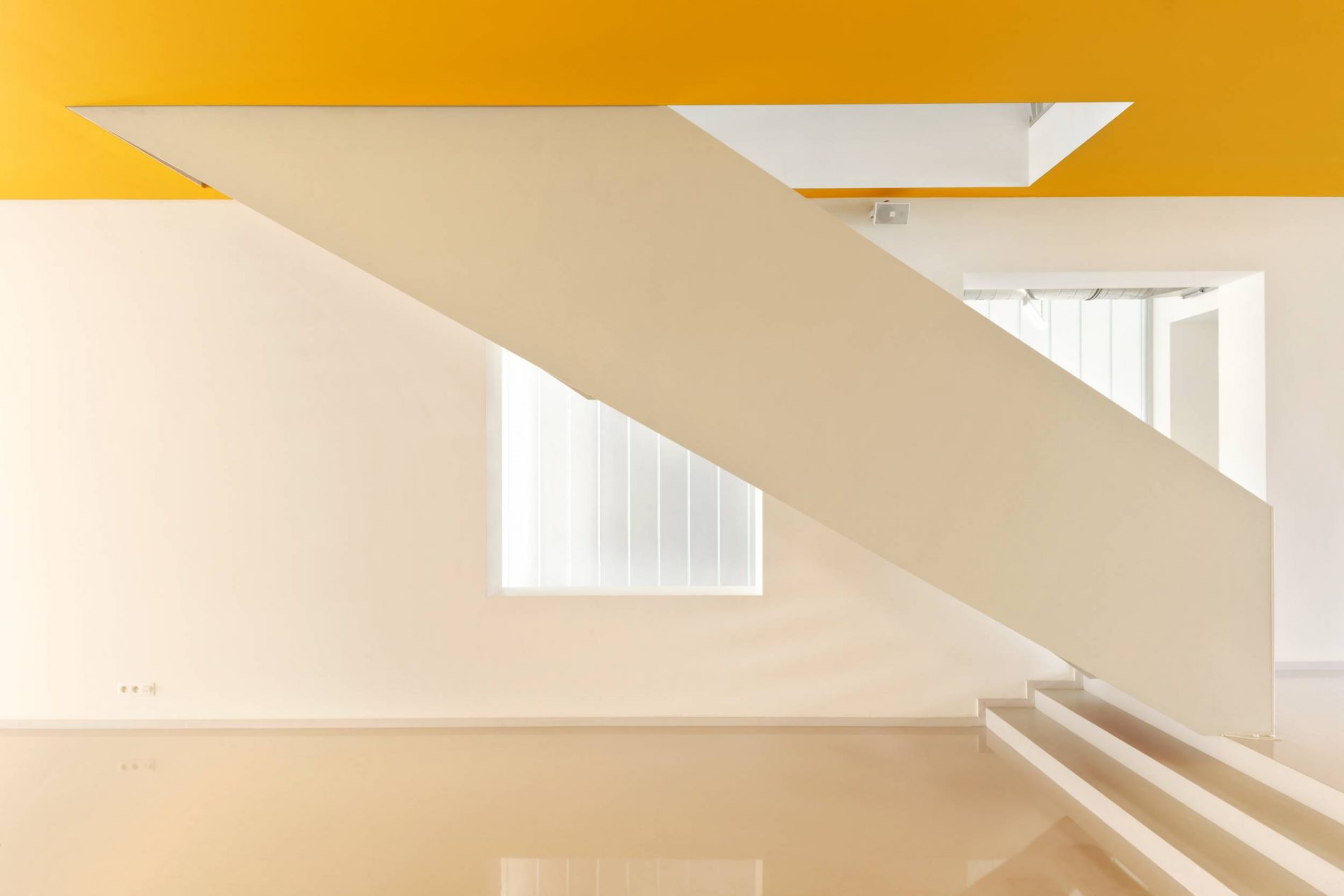 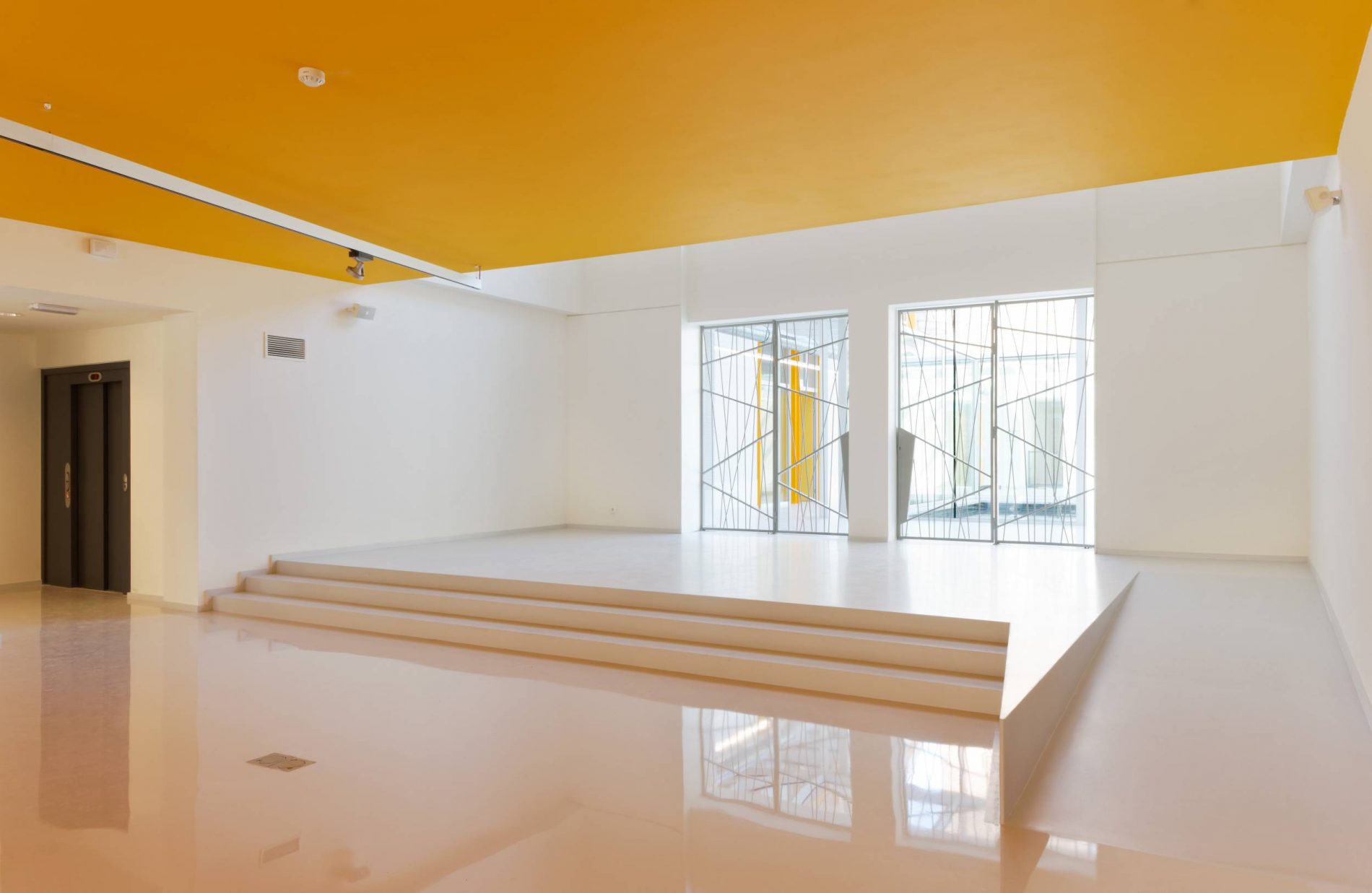 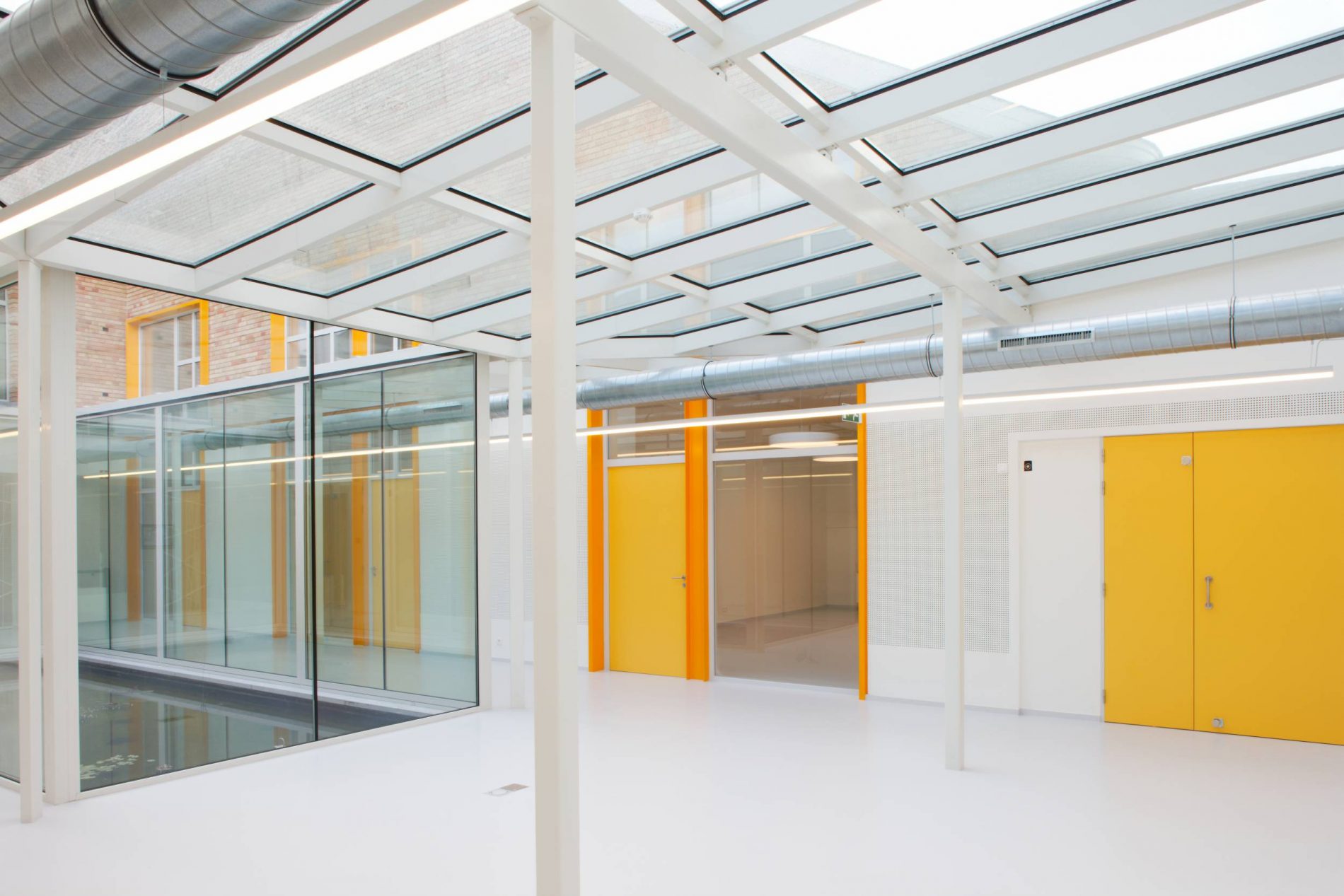 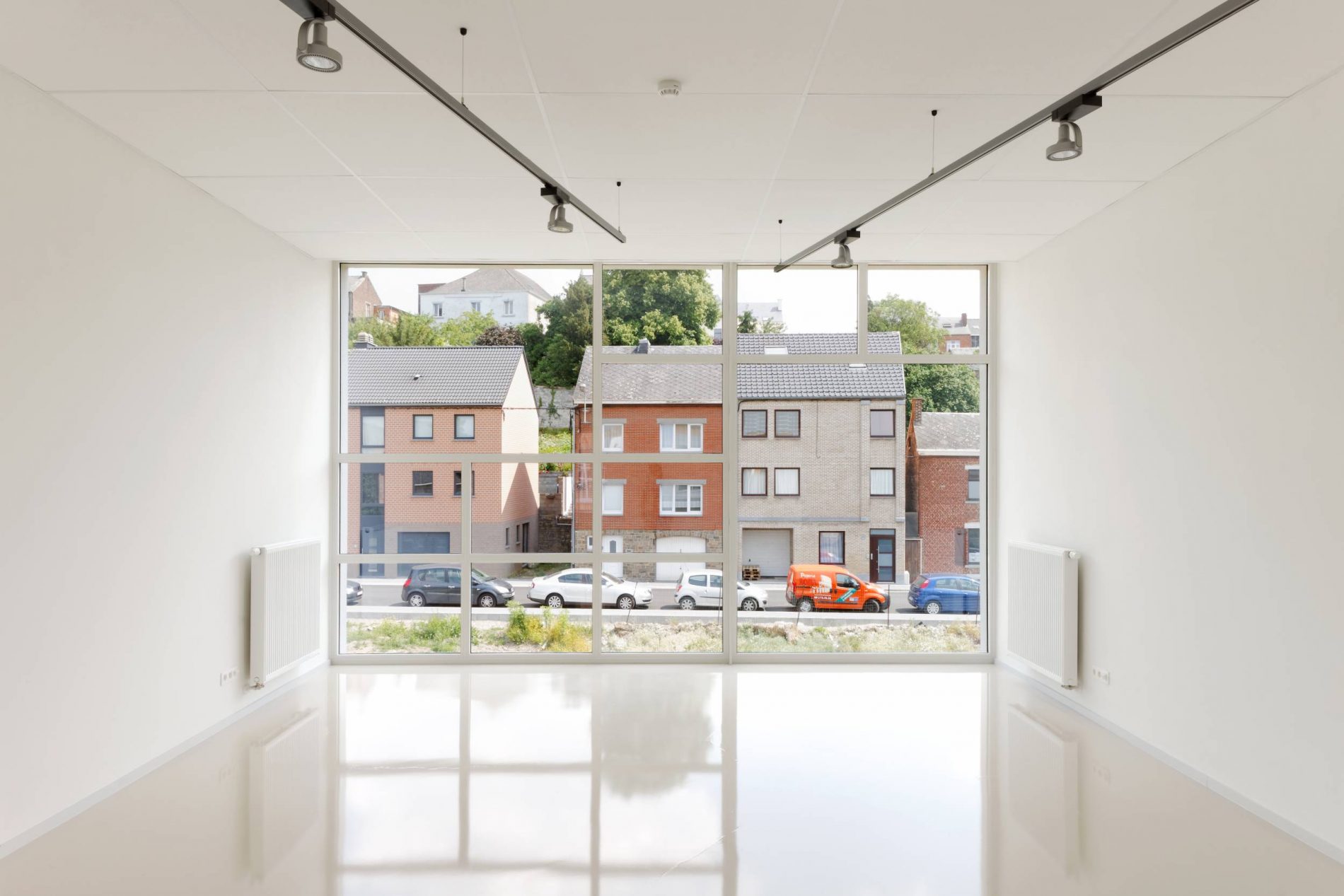 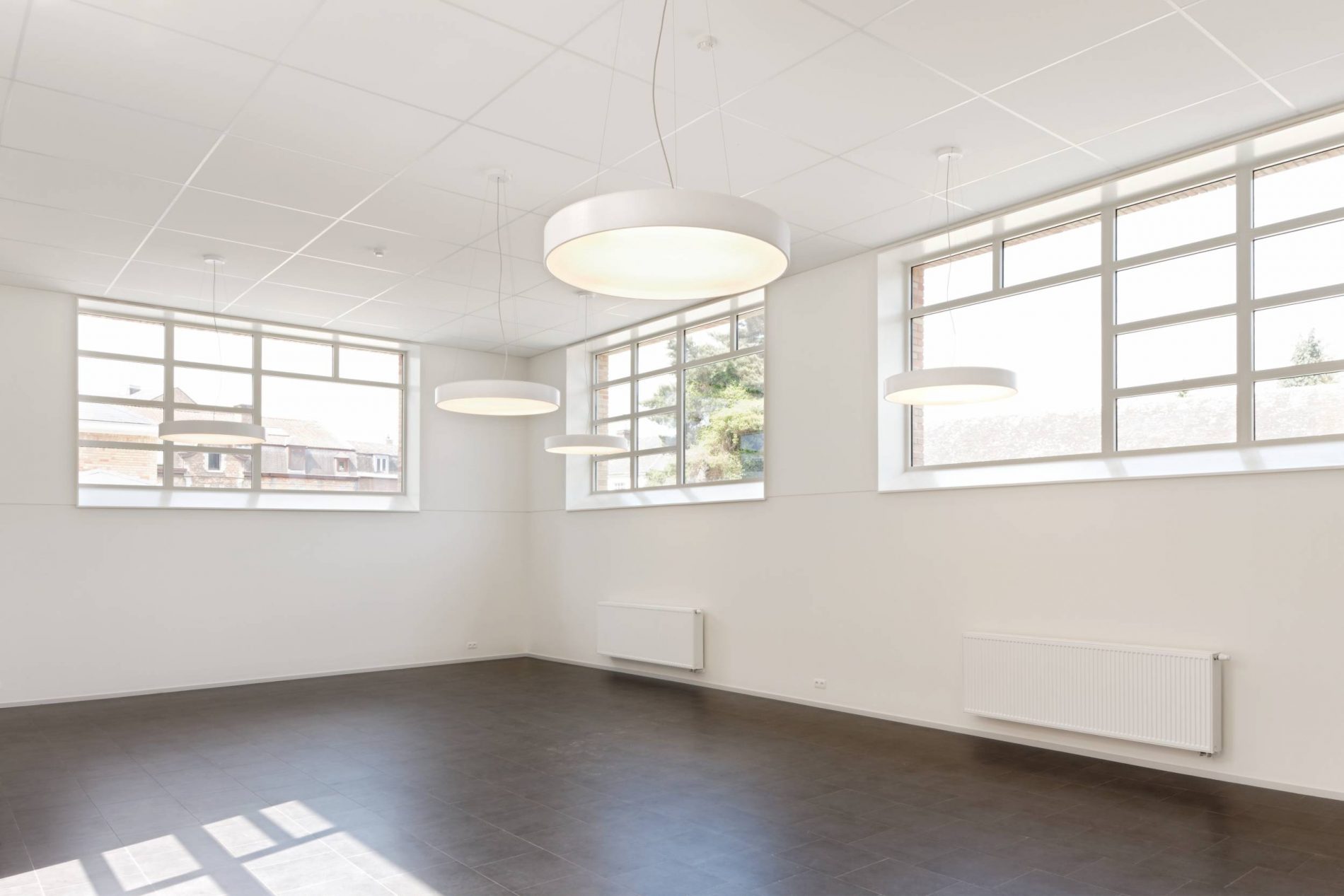 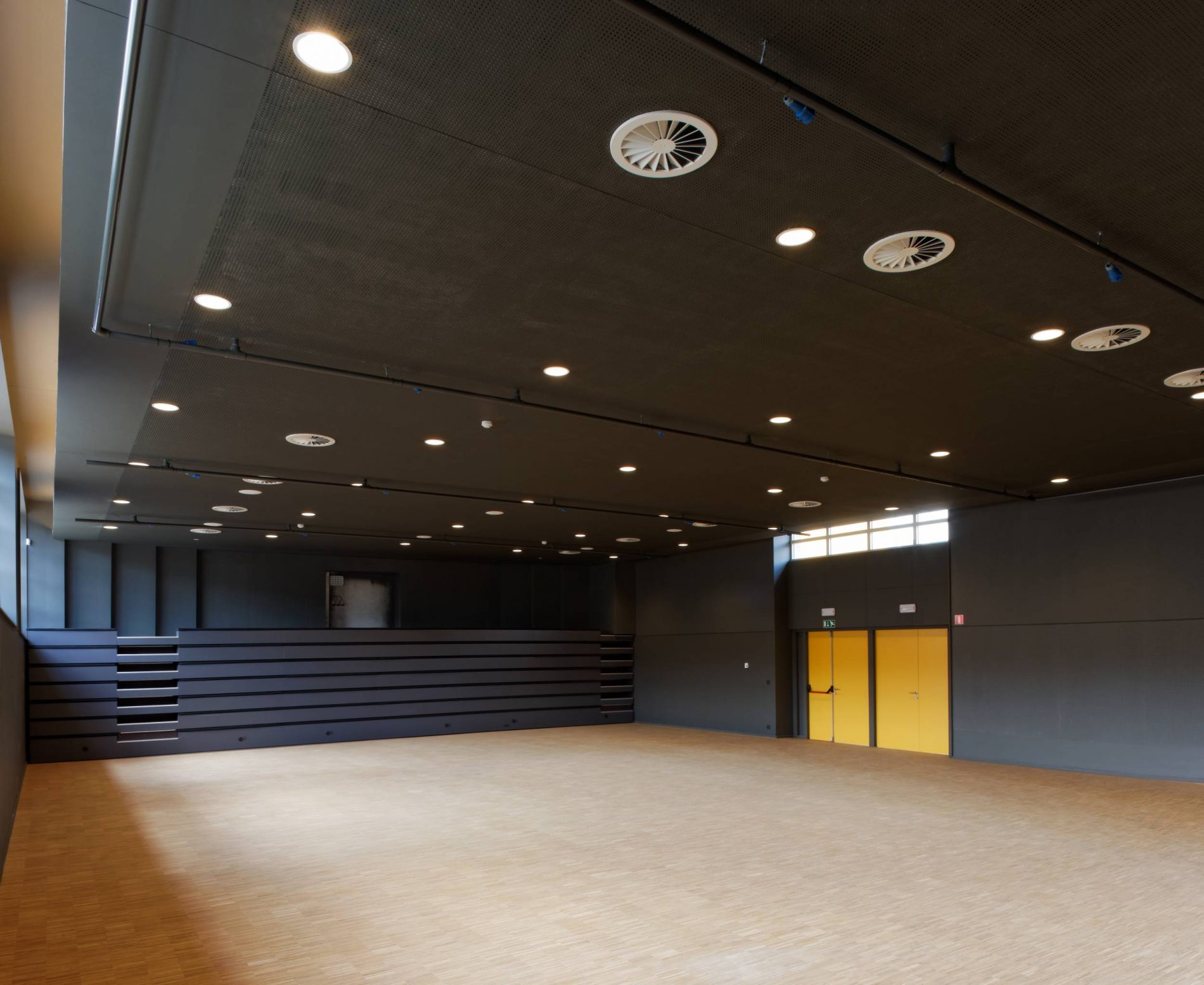 ” The comic strip museum ” is divided in two volumes:
– The first one on the front façade, creating an invitation to enter,
– The other one on what now used to be party wall, creating a new façade facing the park on Nanon Street.

The design of these new volumes is more contemporary both by their shape and by the treatment of its facing in filler on isolating.

Subdivision of these frames is done in the same spirit of the old slaughterhouses. 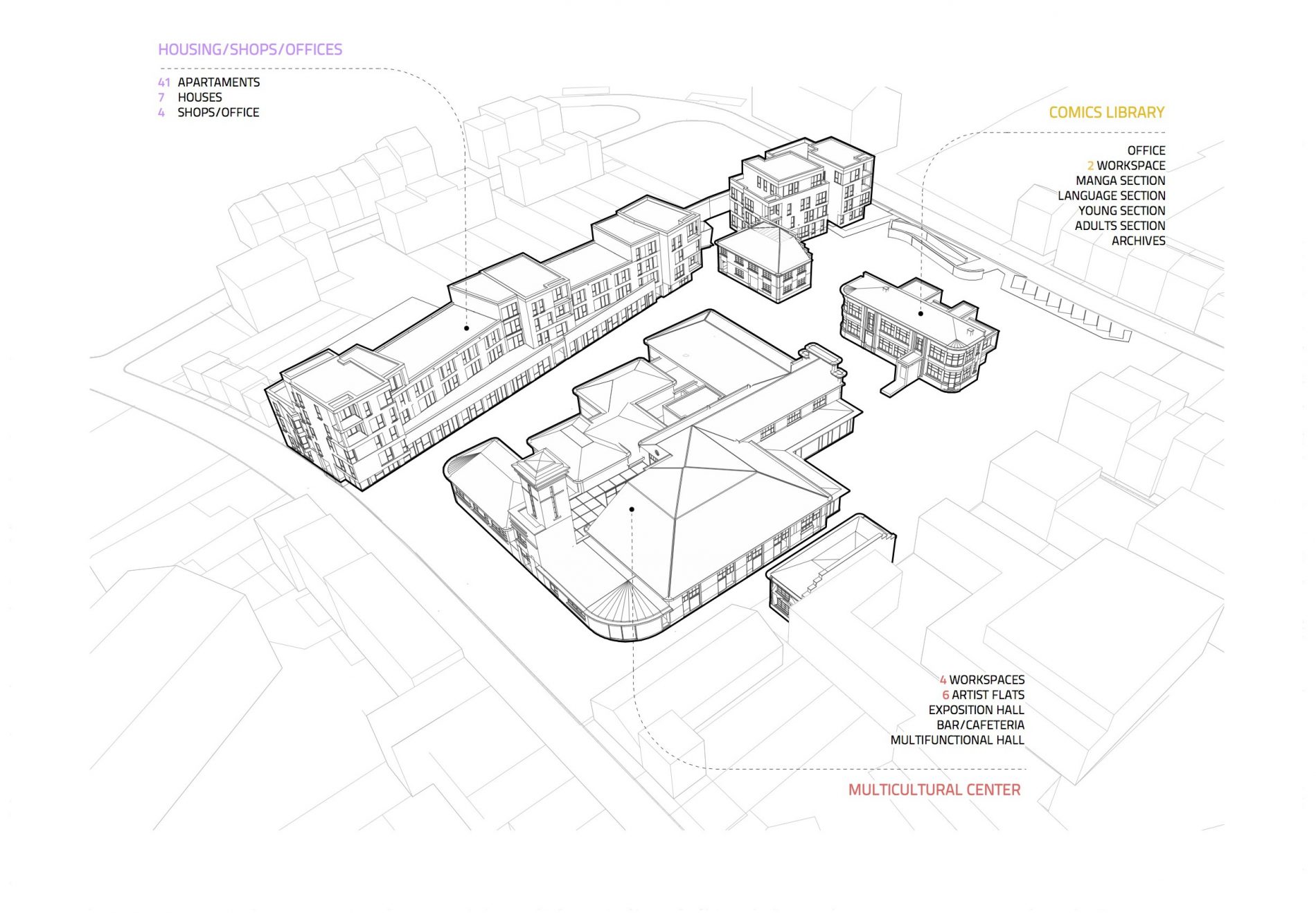 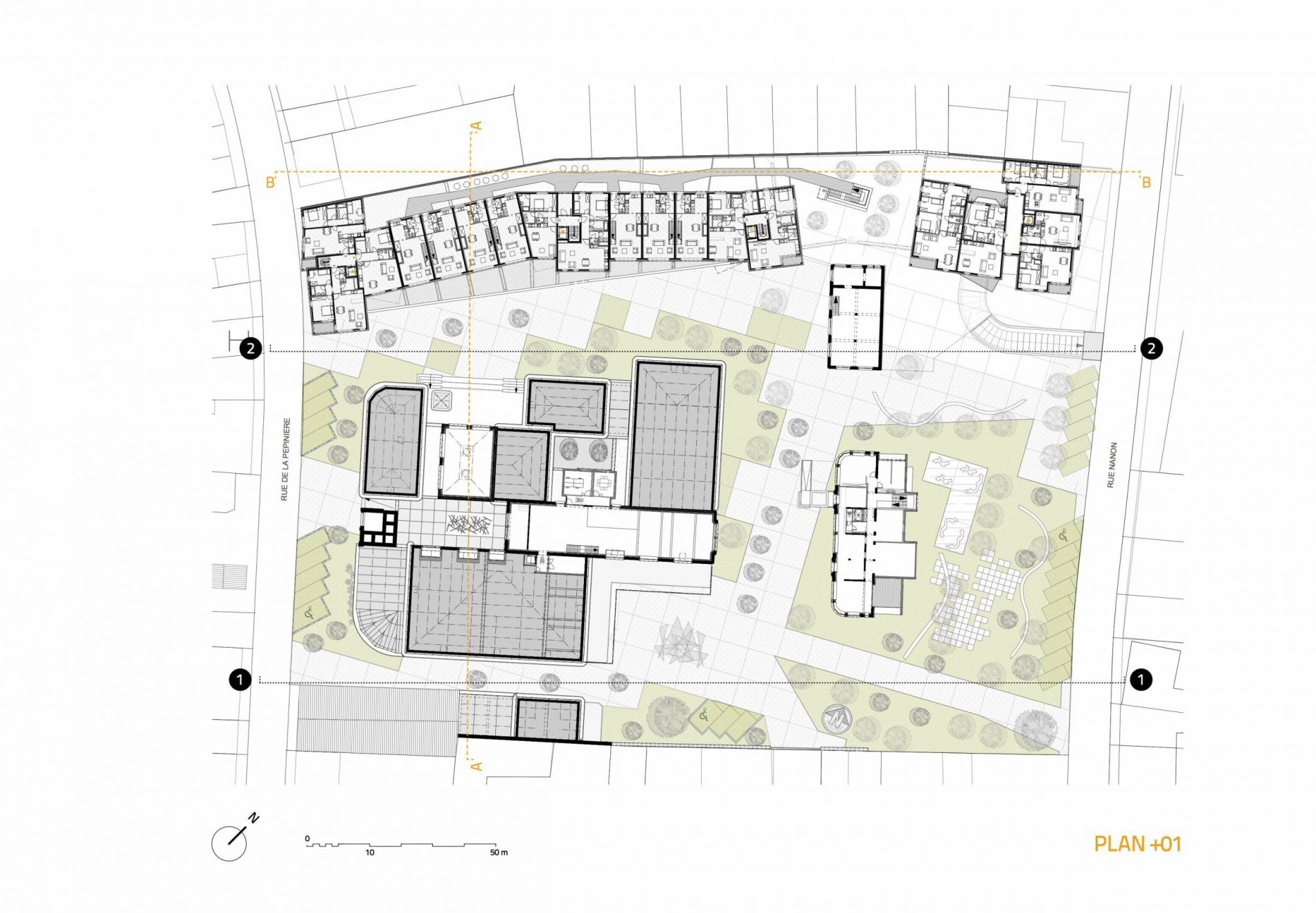 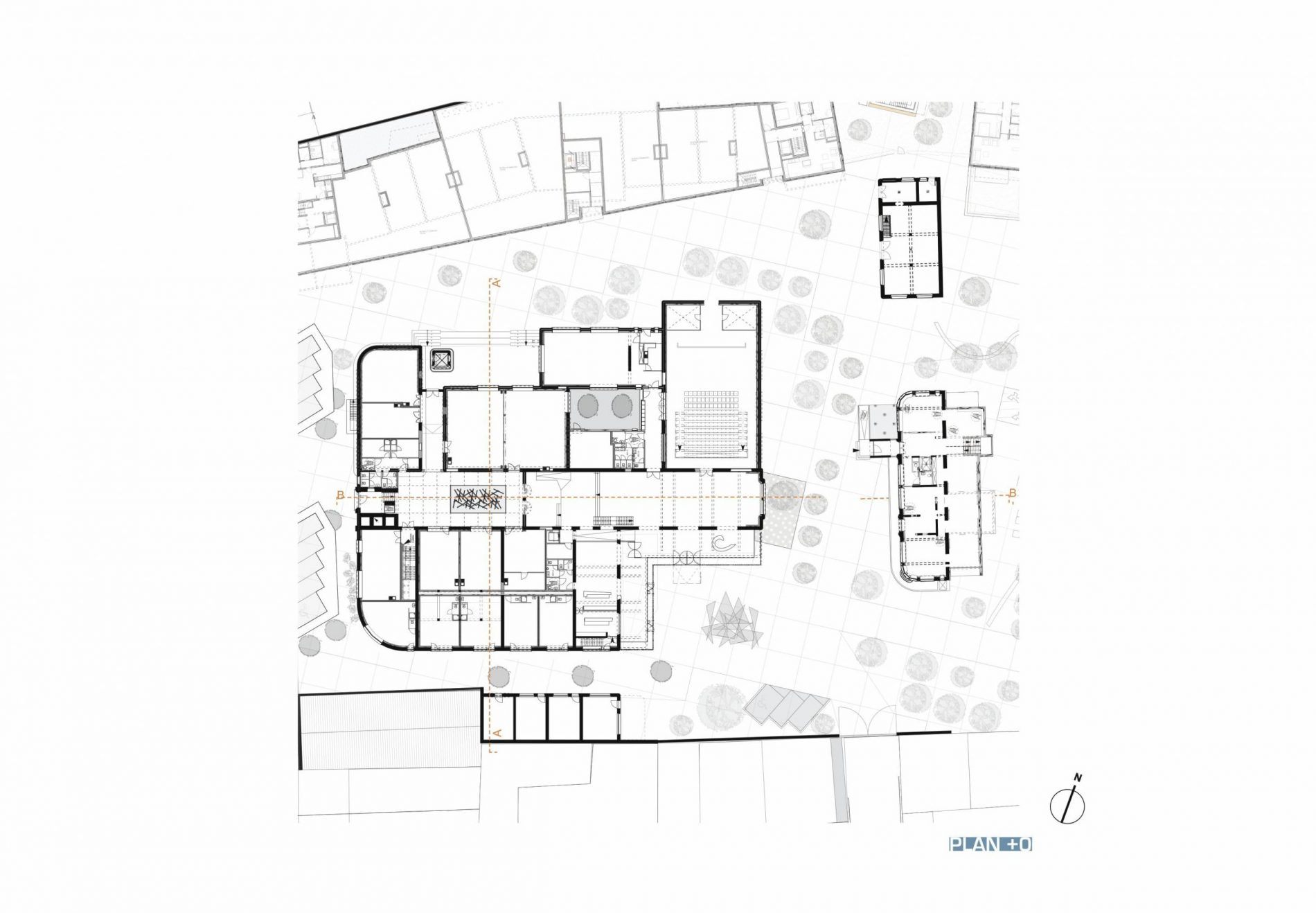 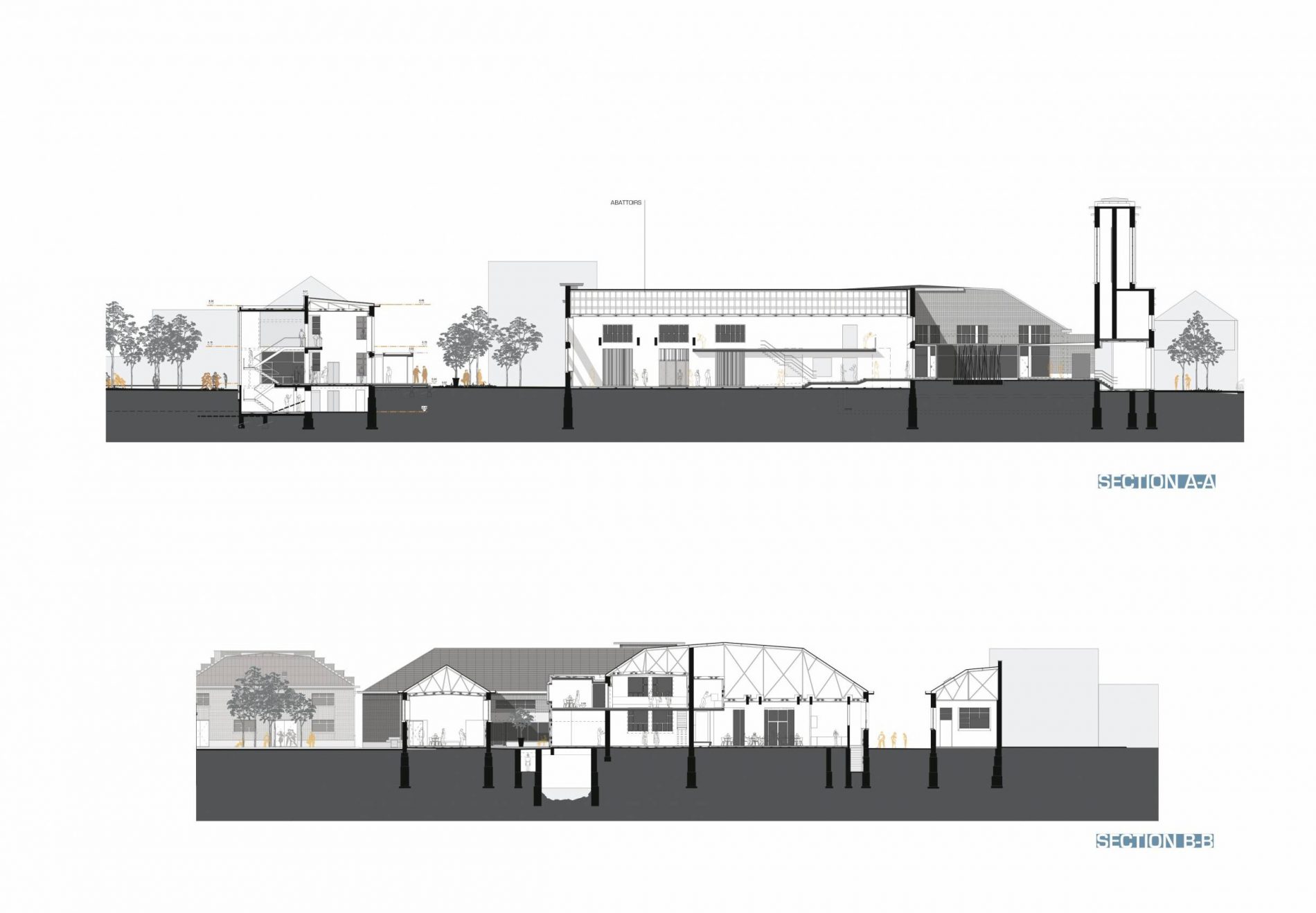 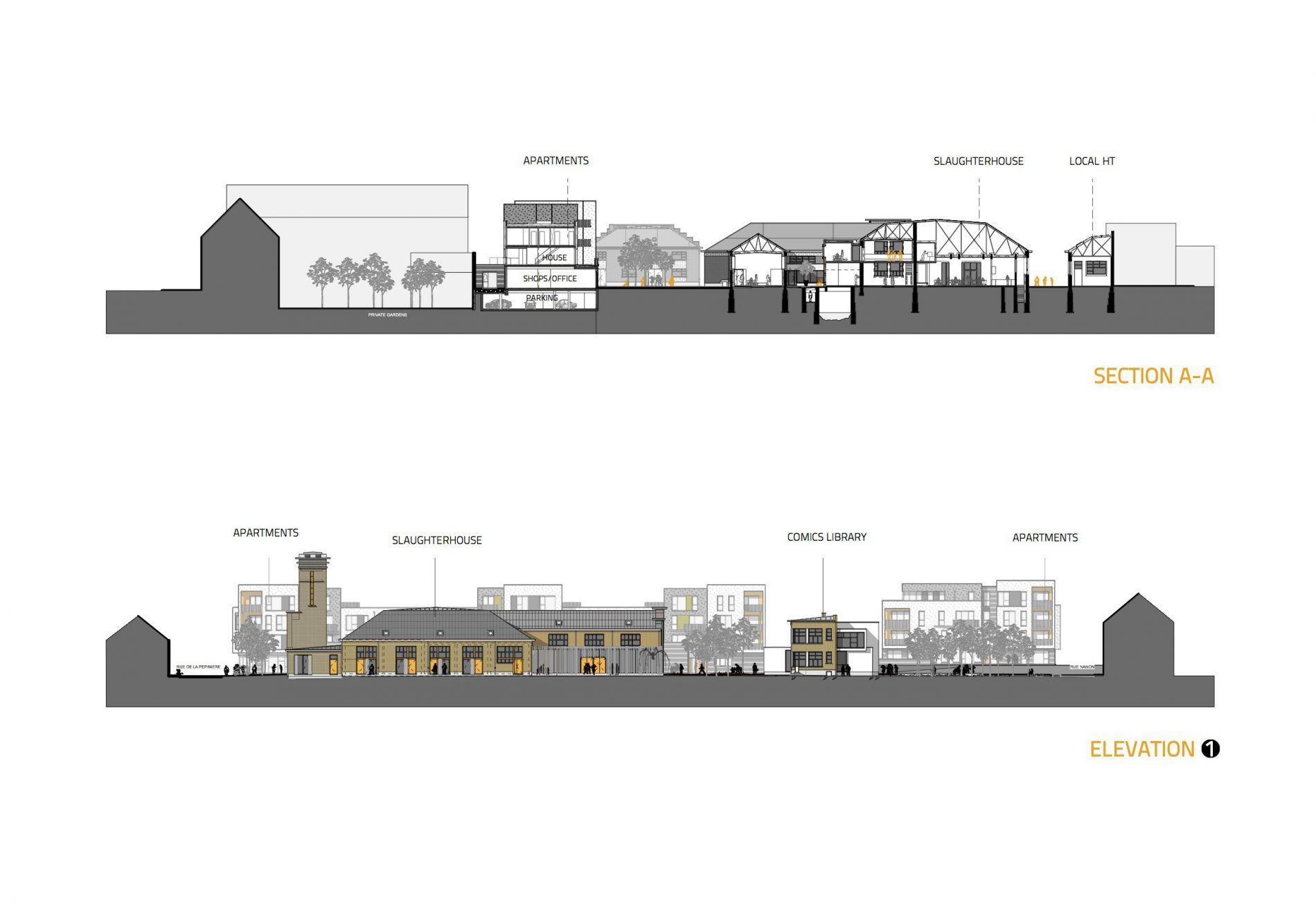